Whatâs odd about tokens is the inclusion of them into booster packs only recently, leaving us years of cards referencing tokens that donât exist yet. Magic Online has versions for every token, of course, but some of that art is passable at worst and, at best, hidden away, unfortunately, never to seen by millions of people. To that end, we have specific planes, complete with style guides that are unlikely to need Kelp tokens.

Sets like Magic: The GatheringâConspiracy and the annual Commander products are ripe for reprinted cards, allowing them to be included such that their tokens can be created. I know both Shawn Main and Ethan Fleisher are Vorthoses, and you bet they know which tokens still need to be created.

There could be a few mission inclusions below, but before I open my e-mail floodgates to corrections, Iâll post two clarifications:

With that stated, below, you will find token-making cards of Magic that have no physical, printed tokenâ.â.â.âyet. I circled which card I think will have its token (not necessarily the card itself) printed in the next few years. Some might be a bit ambitious; othersâ.â.â.âwell, letâs just say is shocking that it doesnât exist yet.

Letâs dive into the flavor of the temporary creature of the past. 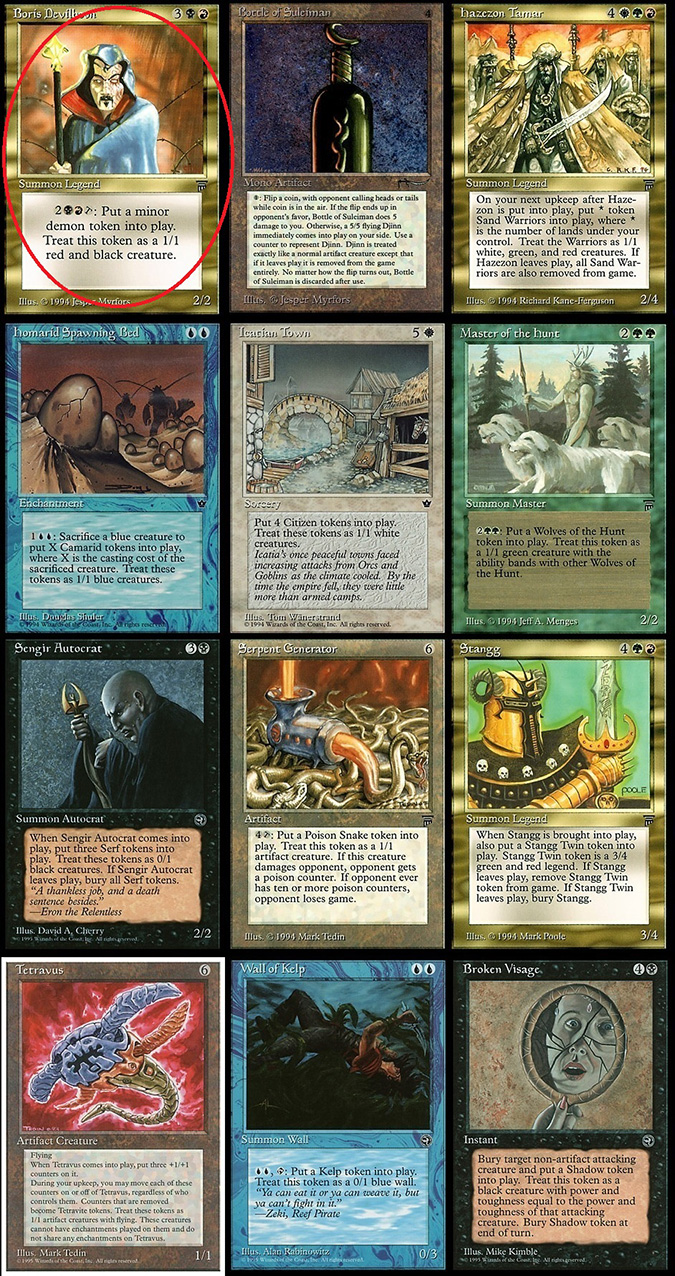 There are some weird inclusions here, but a 1/1 black and red Minor Demon could open up an entire world. That or weâll see it in Innistrad and itâll all make sense going forward.

I wouldâve thought a 5/5 Djinn wouldâve showed up on Tarkir, but thatâs a massive creature for that set considering dash was a mechanic.

Wood. It trades for sheep, and a 0/1 Wood card could battle the 0/1 Plants of the world for dominance. I know the sacrifice effects of green to gain fast mana is super-rare, but a Conspiracy-style product could make it work, as itâs an approachable flavor inclusion. 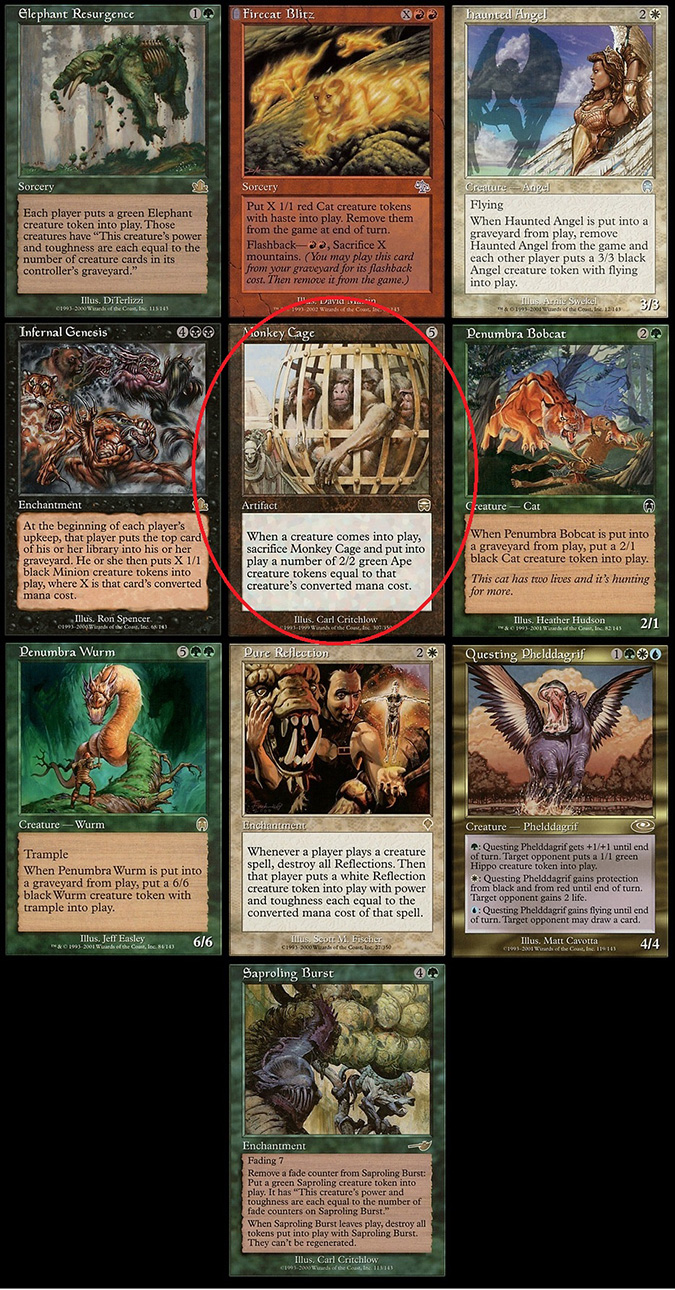 Yes, we all want Phelddagrif to have its Hippo token, but a 2/2 Ape is much more likely to see print. Also, itâs a Vintage card, so any weird Commanderâs Arsenalâesque product could include this as the cheap $1 foilâand give it a token to boot. 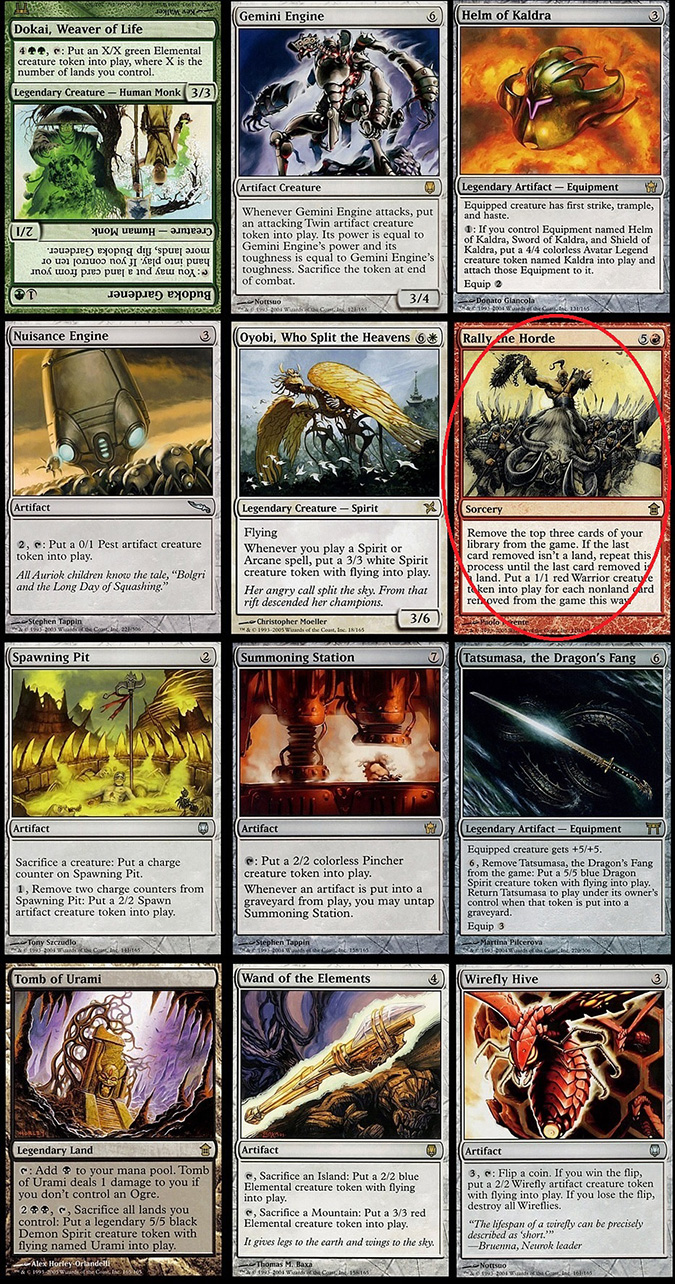 Werenât we just on Tarkir? Weird.

On a personal level, I play Spawning Pit, and I would kill for a super New Phyrexian Spawn thatâs been compleated. The more gross, the better. I want an official token of that!

Thrullsâ.â.â.âThey need to be printed as 1/1s eventually. There are oodles of instances of them from the past, and I cannot imagine theyâd be omitted forever.

This is also the first mention of a token with banding. Cringe. This is because I added Coldsnap to Ice Age and Alliances, despite their falling out of my chronological order here.

Iâm doubling down on Thrulls here for printed tokens.

Itâs hard to ignore that 0/1 Starfish though; letâs be honest. The 1/1 green Wolf fights against the more established 2/2 Wolf, and how weird are Orb tokens and Graveborn tokens? 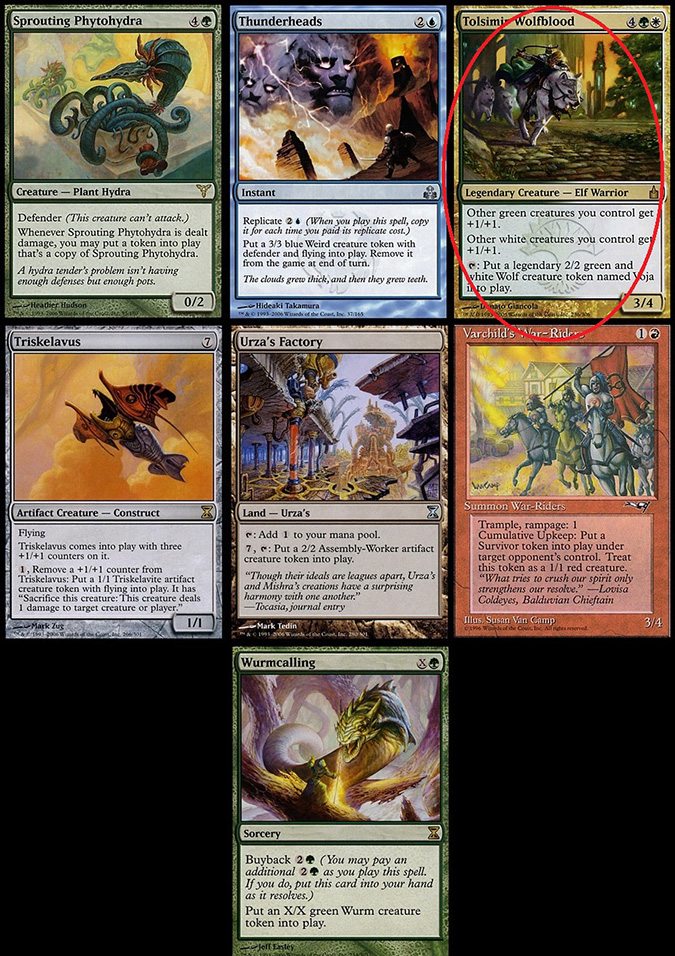 I would love to see Voja on a physical card. The Magic Online version is pretty solid, as shown below. Its armor is all Selesnya, and the art works! Why doesnât this exist!? 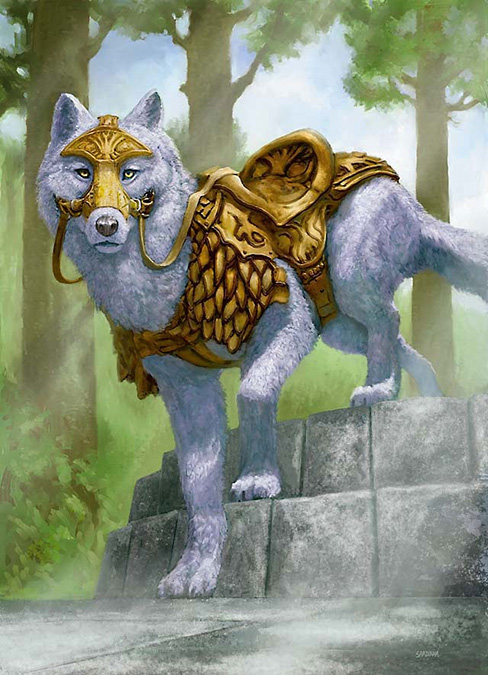 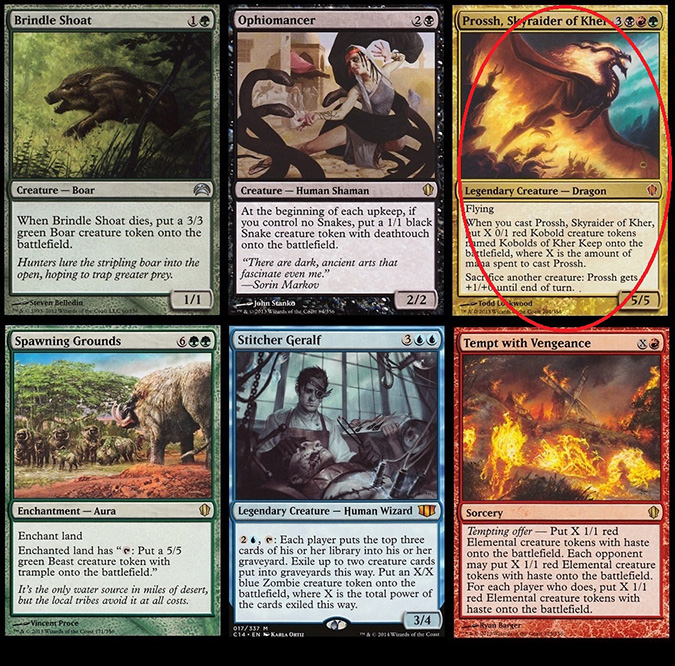 We donât have Kobolds? (Mike flips through old official encyclopedias.) That has to happen eventuallyâI mean honestly. 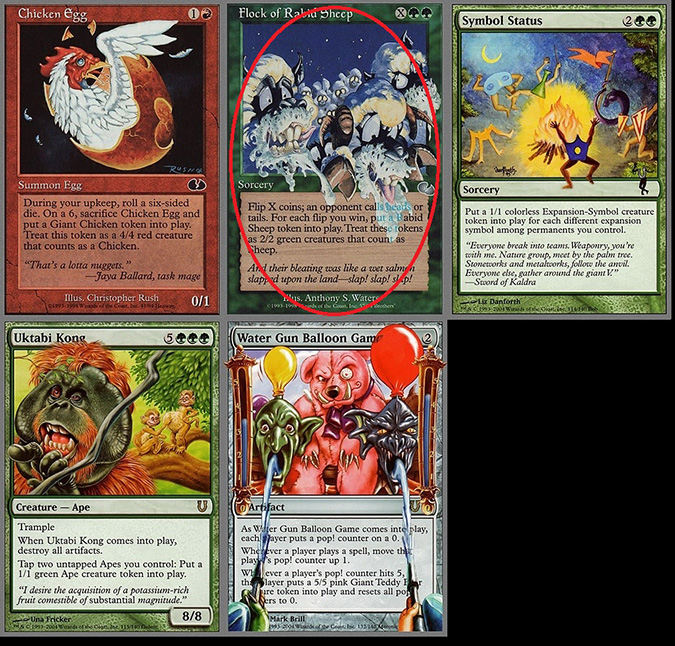 Oh, Un-sets, they have such wacky flavor to them. I would love to see a 2/2 green Sheep. The flavor matchup of trading a Sheep for a 2/2 Knight or, better, a 5/2 Cyclops, brings the hilarity of the Un-sets into story-worthy Commander game states, which Iâm all about.

Which one would you like to see print? Which ones do you disagree with? Do you believe, like Prince, that Thrulls and sexy havenât been brought back? Let me know in the comments below!