Every year, I write a little holiday-Magic-art article. Some years, maps are available, and other years, art is available at fire-sale prices. This year, itâs the new normal, and due to multiple artworks hitting $10,000 via eBay due to bidding wars between buyers, if an artist has original art left, he or she has at least made pieces available to purchase when prompted instead of remaining silent. Deals are growing rarer.

Collecting has struck hot, and finding that reclusive artist who left Magic or art entirely no longer really exists. However, it is odd that the Portal Three Kingdoms artists are still impossible to track down.

I need everyone to know a few things about what has changed this year in the world of art:

A quote from a previous holiday article, this is feeling ever truer this year:

I would move quickly on these items and keep in mind that you might be in line nearly immediately on all of them. If you see a blue link, click on that to contact the owner, artist, or dealer. 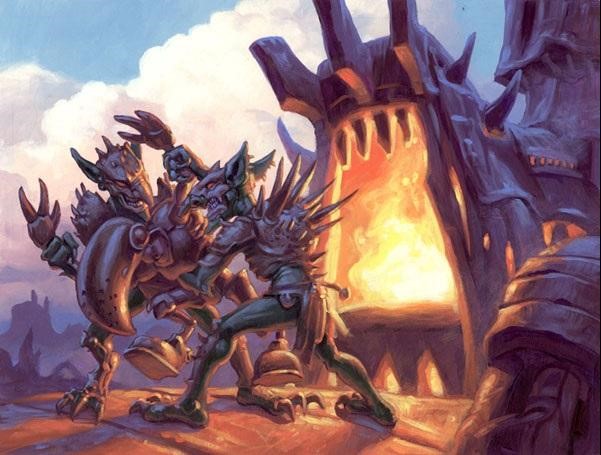 The Krark-Clan combo decks arenât as common as they once were, but every now and then, they pop up being piloted by the pros. As a key combo piece, this art shouldnât be around. Itâs a bit expensive, but there could be some wiggle room in the price. At worst, perhaps asking for the sketch for free could work, too. $850 used to be a high-end price, and now itâs fairly common to see any sized artwork that is played in decks sit at $750 to begin on the market! 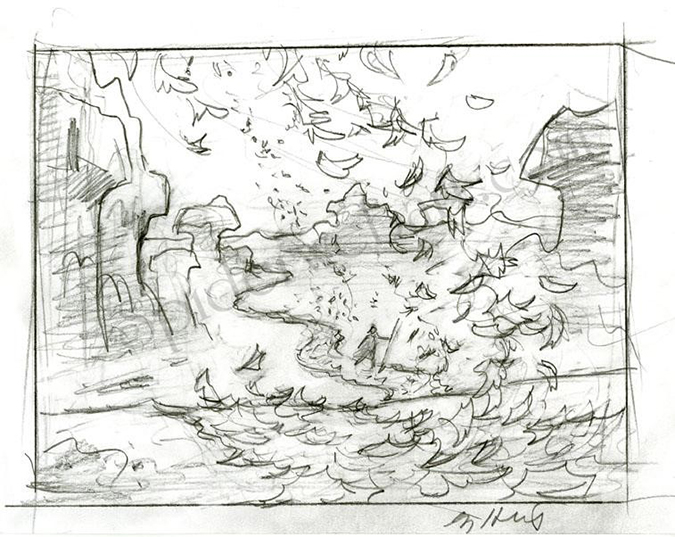 Forty bucks is pretty darn good for a sketch. Itâs also incredibly cheap for a Hildebrandt sketch. Theyâre normally $100 or more for every sketch in their possession via the Spiderweb Gallery. Iâd pick up a print and frame them next to each other, both 8"Ã10"s for cheap.

This is a two-fer sketch, and at $50, itâs a cheap, rough sketch for such a staple card in Threads of Disloyalty. Itâs not real big, but roughs rarely areâif an artist even keeps it! I like Anthonyâs concept work from style guides more, but this is one that should be snap-bought immediately! Contact him ASAP at wateryant at gmail dot com. 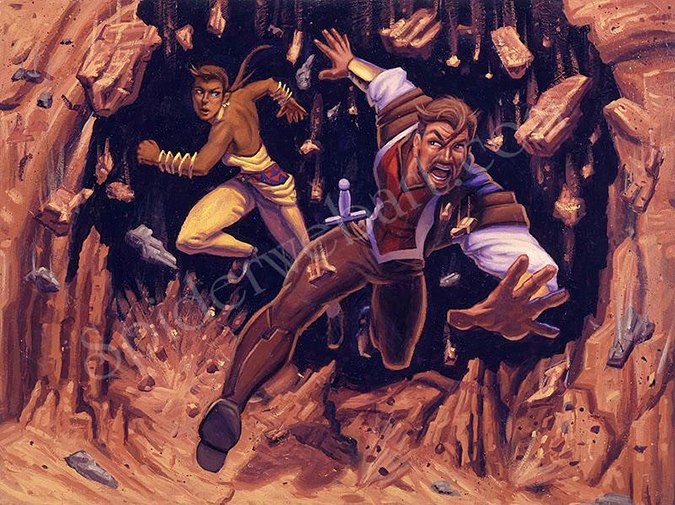 While Weatherlight crew members were on every other card from 1995 to 1999, depictions of the crew in original art are very quietly disappearing from the open market. People collecting âone of eachâ crew member isnât uncommon, and this piece is one of the few that contains just Sisay and Gerrard.

This also showcases some of the earlier Magic art thatâs a bit more playful: comic, if not cartoony, in nature. It reminds me of Phil or Kaja Foglio. (Theyâre both sold out of Magic originals, by the way.) 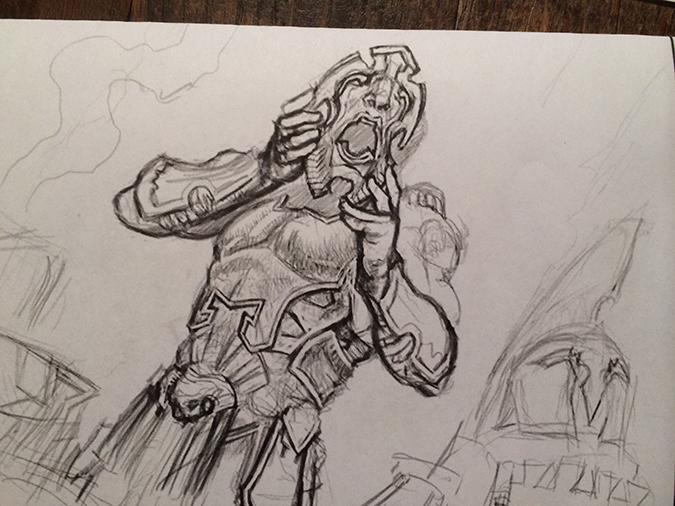 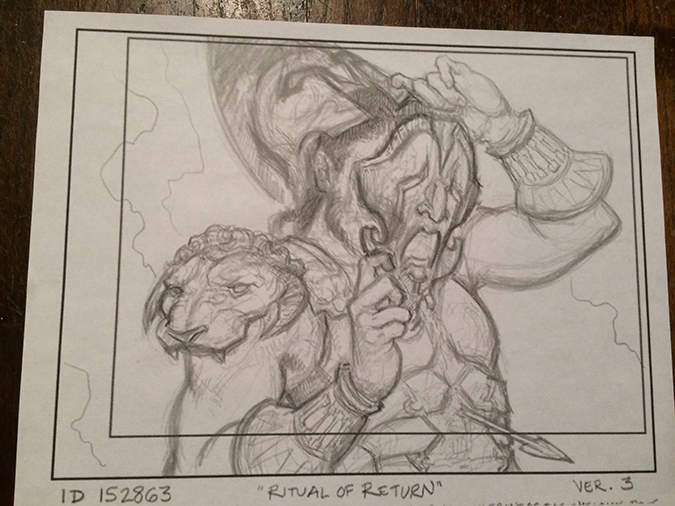 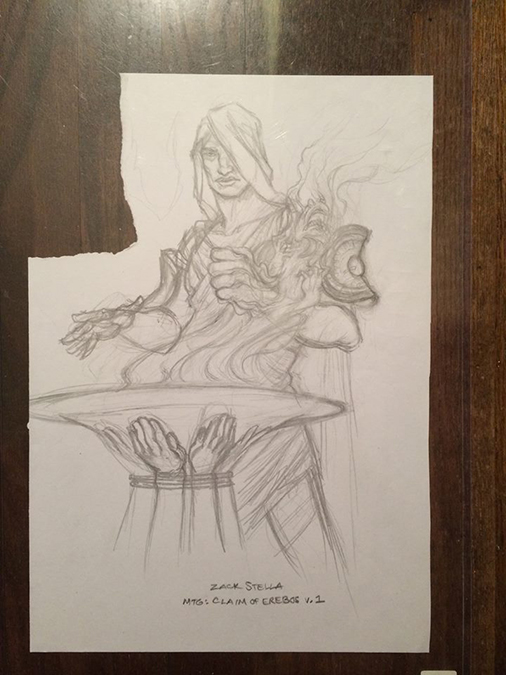 The Ritual of the Returned sketch is actually two sketches for $100. One is 8" Ã 10", and the other is slightly smaller. The Claim of Erebos alternate sketch is 12" Ã 17". Zack already has twenty-one artworks, and these are the only sketches he has left. He is blowing up, and when demand is high and supply is low, itâs wise to grab something out of his bunch. I love picking up alternate sketches; I find them fascinating. 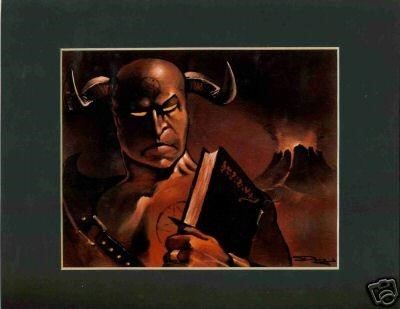 The first run of cards until 1994 or so had Wizards-aided, high-end, lithographic prints. Theyâre worth anywhere from $50 to $150, and they had incredibly low print runs. The âbetterâ card prints were all snatched up, and folks all over the Pacific Northwest have them in their basements. This is a heckuva deal, as the original artwork for this will be tens of thousands of dollars. Normally, theyâre also 5" Ã 7" or 6" Ã 9". This one is a more standard size, which is nice.

I always find that a good hunt makes the art much more rewarding in the long term. These might take a little more work on your end, but the journey matters when youâre finding something you may cherish for decades!

Steve Prescott still has black-and-white, line-art concept sketches from Lorwyn/Morningtide block from his being on the design concept push. If youâre into some Elementals, Elves, and such, drop him a line. He might have something perfect for your office in your price range.

Will Murai is all digital, right?

Except that: âI sketch more when I am designing/creating a characterâ.â.â.âWhen I have to depict an action or a card with more movement, I do sketches digitally.â

Iâm not saying he will sell them, or even for how much, but he has them, and if one of his bad-ass, awesome women he has made is up your alley, send him a message. He isnât hard to find. 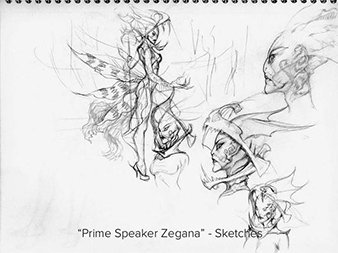 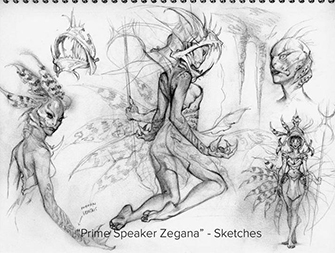 The lists on OriginalMagicArt.com (or OMA, for short) has thirty artists willing to share the remaining original paintings they have. Just searching through them with Gatherer open will take you an hour. There are some deals there, and itâs all public information.

Over five years ago, Wizards created necklaces for people to purchase of the original Moxen. Those are now crazy-expensive. I find these replicas to be approachable and fantastic for the every Planeswalker. The chain is almost two feet long, and while the hard resin is decently strong, you need to be careful, as resin can break. Itâs a very cool thing for an office to have, and for $40, itâs definitely a birthday/Christmas/Valentineâs Day type of gift! 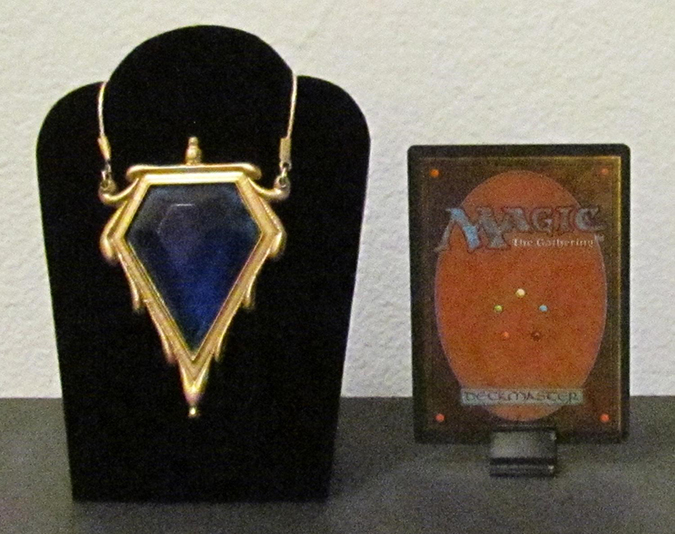 You read that right; these are leather play mats. They roll up yet arenât incredibly pliable. They do need some treatment and massaging to keep their flexibility, but theyâre beautiful.

The Wrath of God art listed above is a whopping $600, but any custom card art can be made, and Ravnica guilds can be made for $150 each. That seems like a lot, but this also isnât for someone going to tournaments. This is for a Cube or Vintage player or for a player able to purchase an incredible alteration. A commander would also make for a fantastic play mat; look into it! 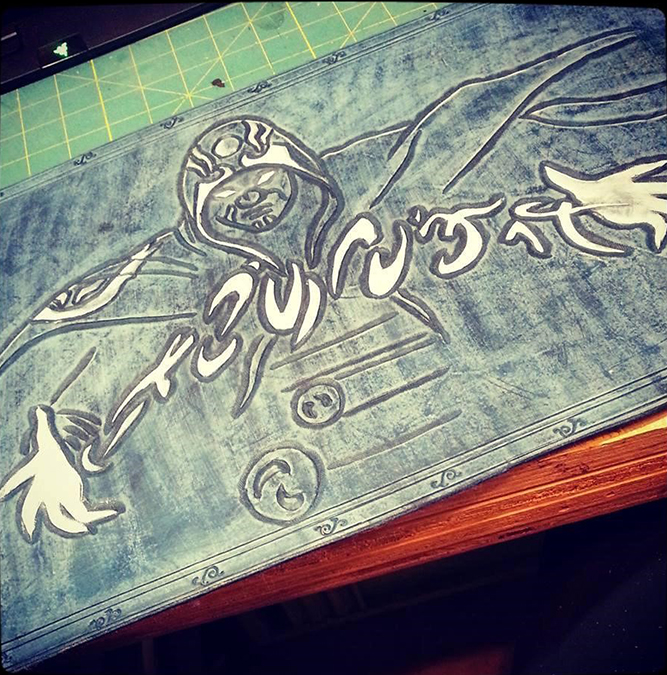 This is one of our semi-retired Vorthos writers Drew Sitte, and I just heard he has two slots open for 3D alterations. Heâs usually booked out months and month in advance. It takes him up to six weeks to get it doneâyou get what you pay for, and he makes up for it in quality. Heâs utterly worth it. If youâve been looking for a 3D commander, I can vouch that heâs a serious collage artist; donât confuse imitators. He made me one of my commanders. 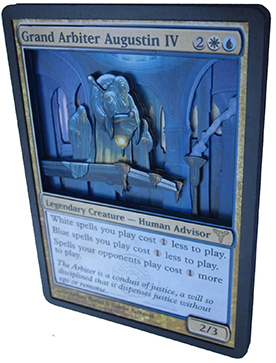 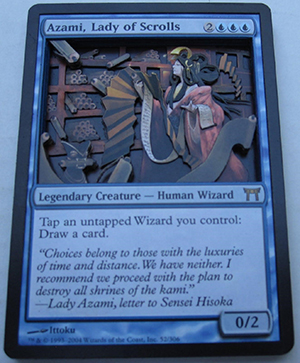 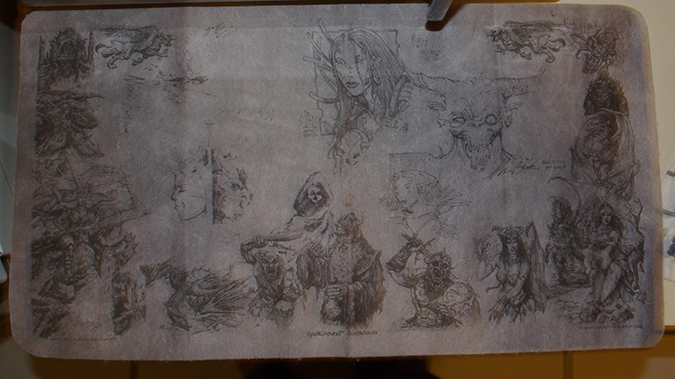 I know a lot of folks love having sketches from artists on their play mats, but with new play mats, they often rub off or, worse, melt by bleeding off. To combat this, a spellground play mat could absolutely be purchased. They are awesome and ideal for any sketches to be on. They donât bleed as much as normal play mats, as youâll notice how much thinner and floppier they are.

This one is 33" Ã 18", and the sketches range from rk post to Rob Alexander to Ed Beard Jr. Contact Thomas if youâre interested. It shouldnât be rolled up not being used! 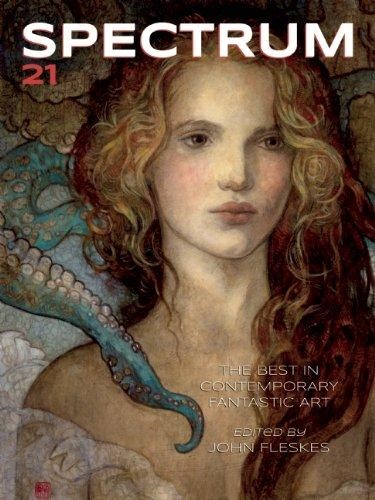 The Spectrum annual book, ever full of Magic art, should always be on your list for the holiday. Itâs a great coffee-table book and can sit out in all regards of company. While it has a barrier of an entry fee, limiting some artists, itâs still the de facto ideal for the gaming-art community. I already bought mine, and itâs on its way now.

Go forth, and consume! Support an artist, not eBay!

P.S. A lot of original art will be popping up in the next few weeks. It does every year. To hear about the most up-to-date things, please follow me on Twitter to hear the news!