I was just given the details on the Avon upcoming kickstarter. 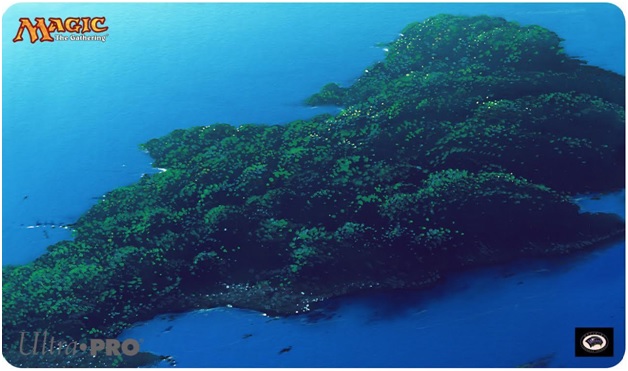 John Avonâs five Unhinged lands being available as playmats, and, since he lives in England, he will have serious Super Early Bird specials because shipping is no joke internationally. For Â£25.00 (about $33), you will get an Unhinged playmat shipped from him to you. As playmats for special occasions have risen to $40 pretty regularly, itâs a good deal, and a stellar one once you realize you arenât paying for shipping.

If you donât hit F5 fast enough, there will still be Early Bird playmats for about a pound more, or $34.30, again, shipping included.

Once those run out, the playmat jumps another dollar, to $35.60. If you want a playmat *after* that, or miss the Kickstarter entirely, theyâll go up to Â£30 plus shipping, which is over $40. Add the shipping, which puts it over $50. The incentive to be early if you want *your* island is a deal.

The Kickstarter launches on Thursday, September 21, 2017.

We will be tweeting it out too. Stay tuned!