Convention season has passed, and I have returned to puzzle-crafting. Ironically, I return this week with a puzzle that was created not by me but by Jesse Mason. While Jesse is primarily known for his hatred of goldfish, he harbors a love of Elves that is yet stronger.

Jesse is bringing his Elf deck to bear against his opponent James, whoâs playing a Show and Tell combo deck. Jesse (being a great reader of human emotions) is confident that James has Emrakul, the Aeons Torn and Show and Tell in hand, but not Force of Will. He knows he canât beat the Eldrazi, so he sets his heart on winning this turn. 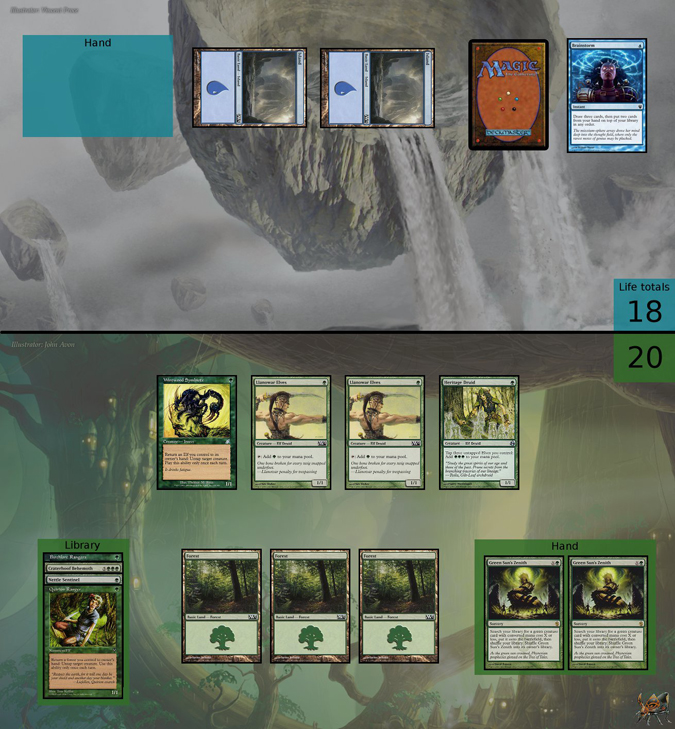 Send your solutions to nex342+puzzle at gmail dot com with the subject line âPuzzle â Santaâs Workshopâ, and Iâll include the best ones in next weekâs article along with the next puzzle!