This weekend at the convention Nico Nico Douga Choukaigi 3, some preview cards for Conspiracy and From the Vault: Annihilation were shown.

An expected inclusion in FTV: Annihilation, Wrath of God was previewed, with Theros flavor added. 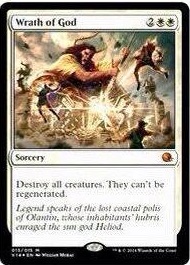 Also shown was a legendary creature that was namedropped at the PAX East panel and also appears prominently in the booster box art for the set. 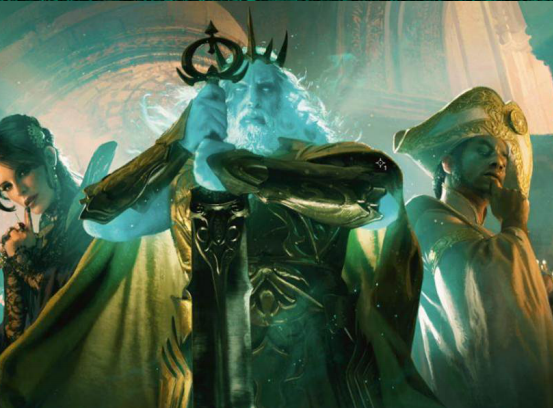 Breigo, King of Eternity will be quite an interesting general for Commander, and will be sure to cause some trouble for opponents in the Conspiracy limited format. 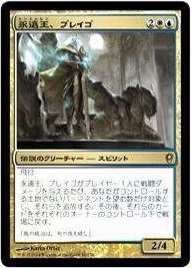 When Breigo deals combat damage to a player, exile any number of target nonland permanents you control, then return those cards to the battlefield under their owner's control.

Stay tuned for more spoilers from Conspiracy and From the Vault: Annihilation.