The April FNM promo has been revealed, and this is what you'll see: 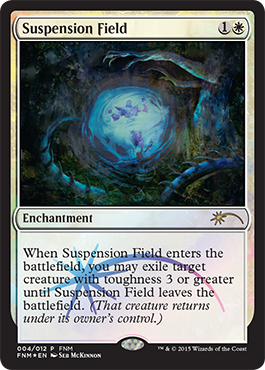 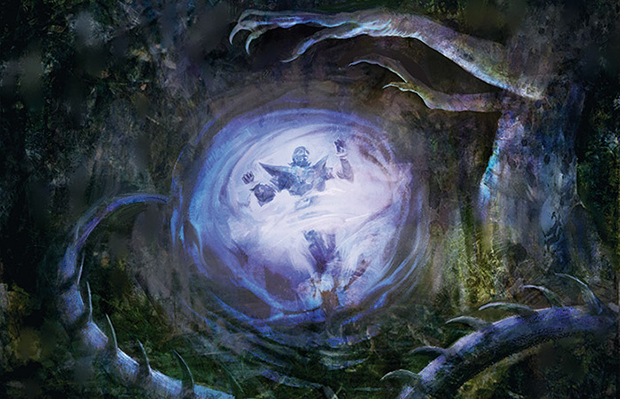 Suspension Field is in the same vein as the March and February promos, showing off alternate art Khans of Tarkir cards where the effects of changing the past in Fate Reforged reverberated forward.

Ugin, the Spirit Dragon and Sarkhan, the Dragonspeaker have rewritten the story of Tarkir, and we can't wait to see what Dragon's of Tarkir brings us!