The Garruk's Revenge expansion for Magic 2015 - Duels of the Planeswalkers launches today! Available on Steam, Google Play, the App Store, and Amazon Marketplace, the content sells for $4.99.

The Garruk's Revenge expansion pack introduces players to the plane of Alara and its multicolored magic. This pack will allow players to access multiplayer play and will reward accomplishments in Battle Boosters. These Battle Boosters will replace the Premium Packs as the path to unlocking certain cards in the game. 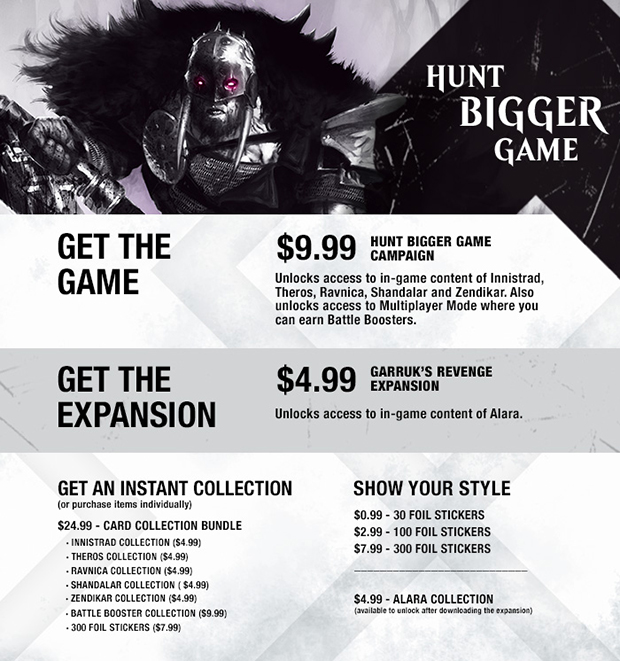 Gathering Magic will be reviewing Garruk's Revenge and the new content. Follow us to watch our campaign across the Shards of Alara.