To everyone who is afraid to test their painting skills on rare cards: this alteration is for you! This week weâll be working on Ponder. A cheap, easy to access, and easy to replace card that you don't have to worry about messing up. 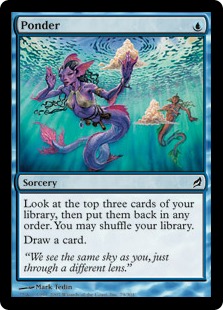 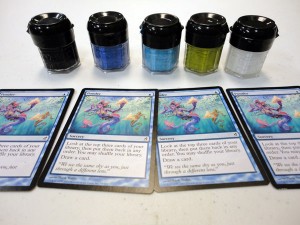 The art on this card may seem involved, but donât panic. The original artist has done most of the detail work. Look along the edges of the picture, and imagine what would extend over the border. Weâll be doing some color matching, and a little bit of texture effects for the ring of ripples near the top. Simple stuff. Weâre going to be focusing on color matching for this alteration. If you match your colors closely enough, youâll be able to make your painting look like it was there all along.

Weâll be mixing all of our colors this time. Itâs good practice for color matching, and if the colors you paint arenât quite right, you can always run out on the street and grab more Ponder cards from the spokes of the neighborhood kidsâ bicycles.

Letâs start with the easiest color, which happens to be at the top of the card. Itâs the light blue sky. Now, I have a light blue paint thatâs almost turquoise, but thatâs not the color of the sky in the original art. Our sky is a light shade of royal blue, so weâre going to mix royal blue into white. Remember- start with the lighter color and add the darker color to it little by little. You can easily make your color darker, but it takes double the paint to make it lighter if itâs too dark. Iâll start with this: 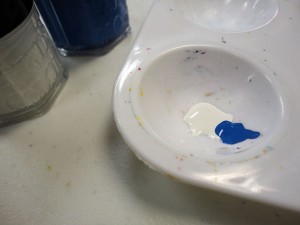 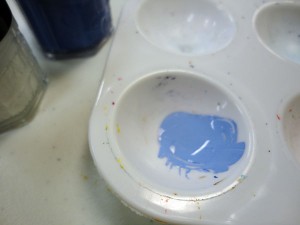 When I feel pretty good about my color I like to take a bit on my palette knife and hold it up to the color Iâm matching on the card (remember- your paint will probably look darker when it dries than it does right when you mix it). My color is close enough so Iâll go ahead and paint the sky in. 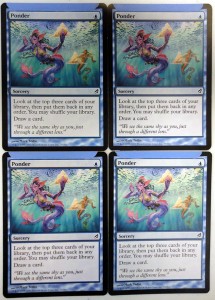 Next weâll paint a think band of seafoam/mint green around our sky where the light meets the green-blue water. For this Iâm going to mix a bright green into white, and then add a touch of light blue if I think it needs it. 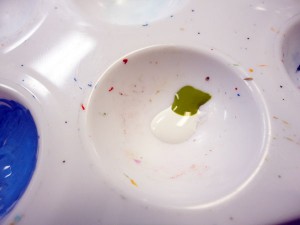 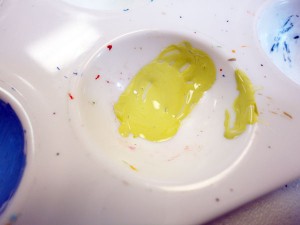 I can tell right away that Iâm going to need a touch of blue in this. If itâs not dried up yet, the blue we mixed for the sky will work nicely. 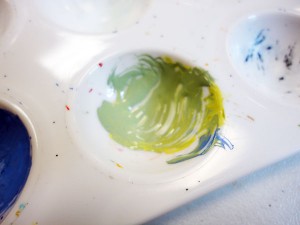 Iâll go ahead and paint a band of this around either side of our sky for our top level of water. Make sure that youâre cleaning your brushes in water every couple minutes (and between colors) and leaving the tip a little damp. 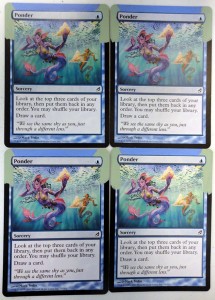 Now weâll use a trick we used on the Sunpetal Grove last time. Grab an old ratty brush, get some white paint on it, and brush most of the paint off onto a paper towel so that the bristles separate but still have paint on them. 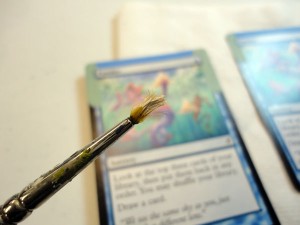 Take the brush and lightly brush the bristles around the borders between the green and the blue and in a semicircle pattern in across the sky blue, making whispy streaks of light reflecting in the water. 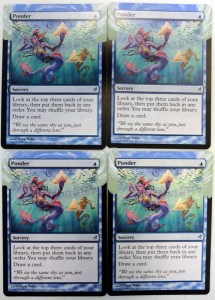 For the mid-level underwater Iâm going to mix my bright green into turquoise/light blue to try and get that teal color in the original art. 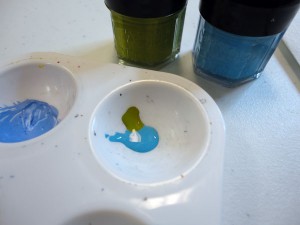 To get a lighter version of the color, weâll add some of it to a little white. 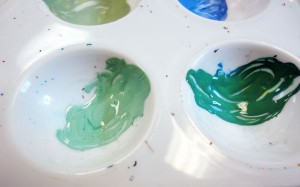 Iâm going to add a touch of blue to the lighter mix to bring it to teal rather than a straight mint green. Once we have a lighter and darker teal, weâre going to do some painting. First Iâm going to use the lighter shade to paint a backdrop. 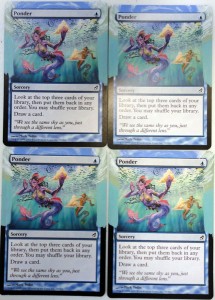 Next weâre going to use a technique called âblendingâ. Blending is basically mixing colors on the surface while youâre painting them. Weâll paint on the lighter color with a medium sized brush, then with a small brush pick up some darker color and paint diagonal streaks (following the original art) while the lighter color is still wet. Itâs easier than it sounds, you just need to be quick. We want to work some of our streaks into the original picture so our colors fit in better with the original art. 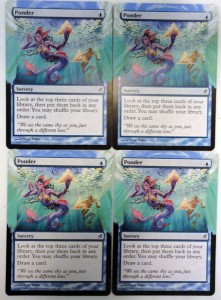 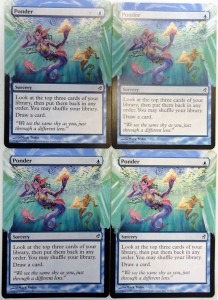 On to the deep water. For this weâre going to mix a little black with our royal blue. 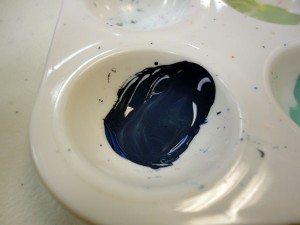 Weâll paint this around the rest of the border. When thatâs down, grab your ratty brush and paint some dark blue streaks reaching up into the mid level of the water. Again, follow the original art. 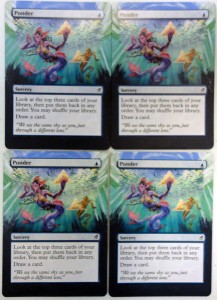 I didnât like how far my dark blue streaks came up, so I took my ratty brush and painted some of darker teal from the last step back over it. 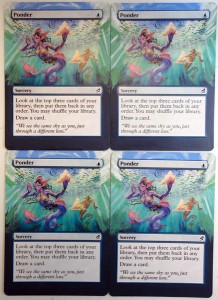 Since that covered up some of my white streaks. Iâll repaint those, and well move on to the ripple texture. Keep that dark blue mixture handy. 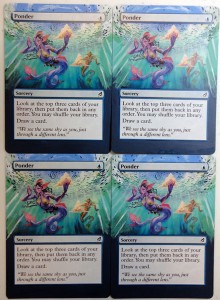 And thatâs it! Go ahead and sign and date the cards if you like, seal them with a clear acrylic spray, and youâre all set.

Advanced suggestion: If you finished your Ponders, are feeling good about your color mixing, and like the colors in the underwater scene, try your hand at extending the art on Academy Ruins. The art is beautiful, and itâs one of my favorites to alter. 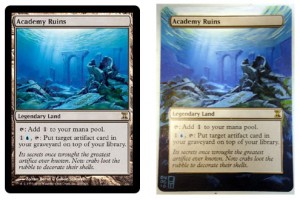