Today, the owner of your local game store brought out something special for your weekend booster Draft: the Unabridged Cube, a massive collection that contains one of every Magic: The Gathering card ever printed. Your games with the Unabridged Cube have been anything but boring, and this one is no exception.

Your opponent Alfred somehow ended up being the only green drafter at your table, and his forty-card monstrosity is better imagined than described. Itâs now your second game, and even though your deck came out with an early offensive, Alfred used cards like Pelakka Wurm and Jaddi Lifestrider to keep his life total afloat.

After terrorizing you with an Enormous Baloth last turn, Alfred put your back to the wall by dropping a Force of Nature into play. With your life total at single digits and with not a lot of options left, you used Skeletal Scrying to replenish your hand at the end of his turn. Maybe your deck would be merciful and give you the first-pick Damnation youâve never drawn so far; then again, maybe not.

You stare at him, confused. âYou mean, Modern Masters 2015 Edition?â

It takes a few seconds for you to see what heâs talking about. You didnât notice it when you first drafted the card, but now itâs perfectly obvious: 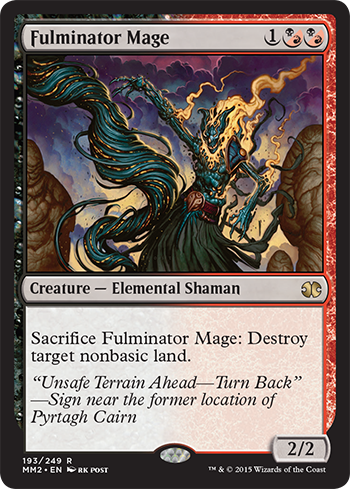 âThatâs really cool,â Alfred says. âAnd to think you have it on the table right now.â

âYes,â you say, thinking carefully. âYes, I do. In fact, I think I should use itâ.â.â.ââ

It is the middle of your first main phase. Defeat Alfred before he defeats you.

You are at 2 life with the following cards in play:

You have only one card in your graveyard:

Alfred is at 14 life, has no cards in his hand, and has the following cards in play:

Alfred has the following cards in his graveyard:

Youâre pretty sure Alfred has an Unyaro Bee Sting somewhere in his deck because he killed one of your creatures with it in your previous game. 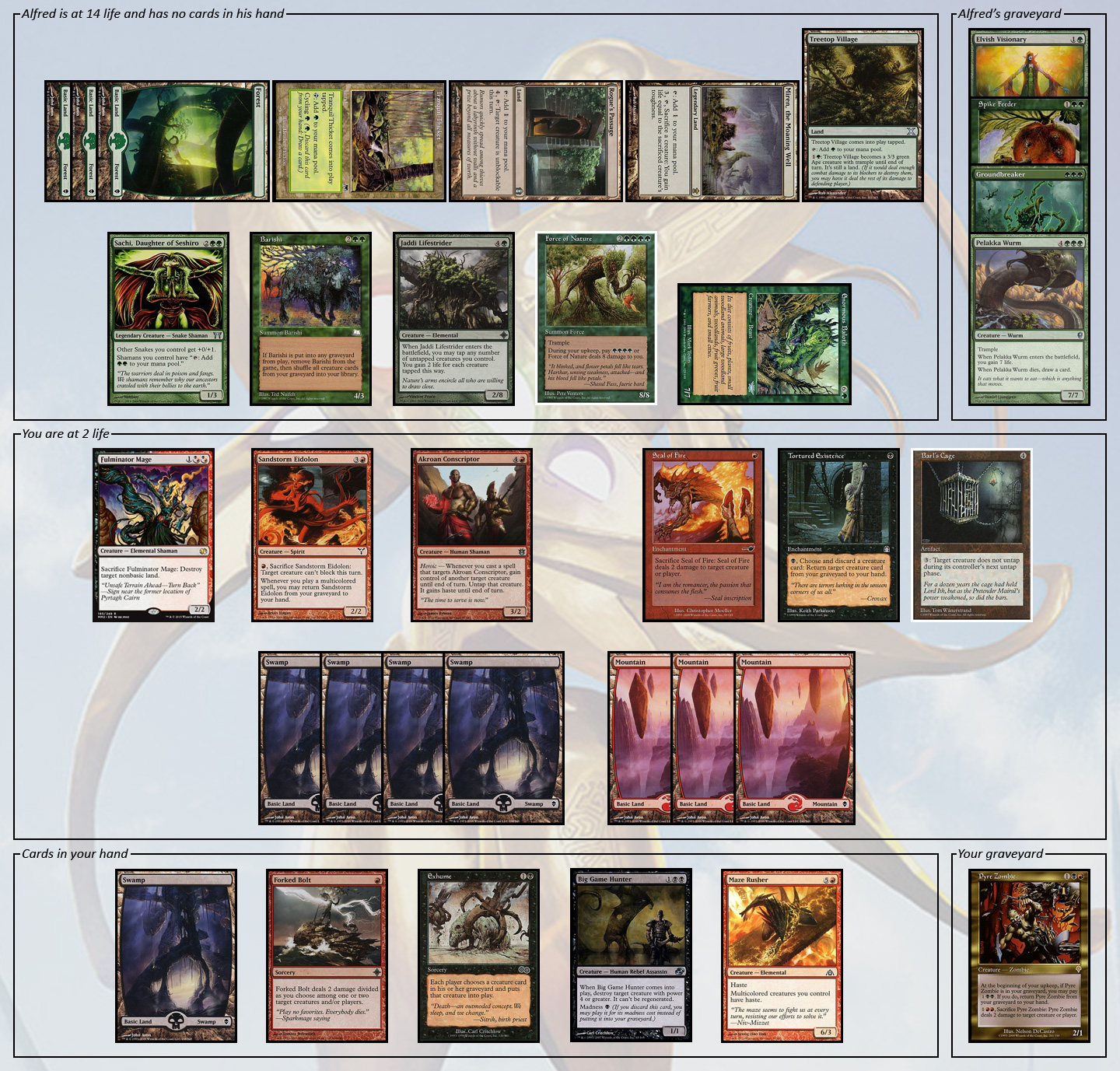 If you think you have a great solution in mind, donât put it in the comments! Instead, send it to puzzles at gatheringmagic dot com with the subject line âPuzzle â Second Natureâ. Weâll include the best ones in next weekâs article along with the next puzzle!

There are multiple solutions to the main puzzle, all of which follow the same line of reasoning. âThe key is to get Roar of Challenge on your Heir of the Wilds,â Jared notes, âand then get it to 5 power so that it can assign 1 deathtouch damage to each of the Dragons.â

The most popular solution involved countering your own Mystic of the Hidden Way with Trap Essence. Akshaya explains it as follows:

With this in mind, Pete writes:

The above bonus solution also works for the original main puzzle. Several respondents wrote in to advise that they had found this solution first and then realized that it would work for both situations.

Finally, Aaron brings up an interesting thought in his postscript:

Do we even need Heir of the Wilds or Kolaghan Aspirant at all? Can't we just use Sultai Runemark to make Den Protector a 5/4 with deathtouch?

Unfortunately, that won't work. Roar of Challenge specifies that creatures block if able, and Den Protector has that pesky evasion ability. If we make her a 5/4, our opponent's 4/4 Dragon tokens can't block her, and we'll only kill the Herdchaser Dragon.