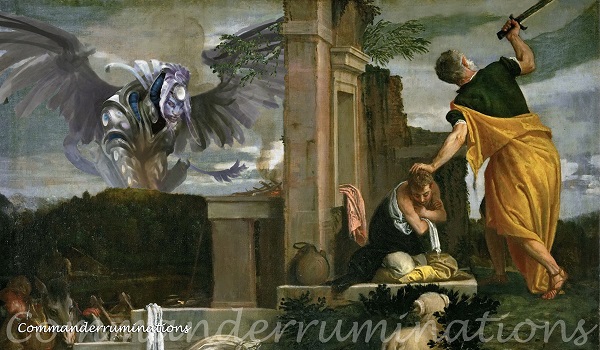 Have you ever wanted to build a Honden deck?

Back in the Kamigawa block we got a five-color cycle of Legendary Enchantments called "Honden" with the Shrine subtype which give you something during your upkeep and which care about how many Shrines you control. With only five Honden and the Legendary restriction preventing us from making copies, it never made a lot of sense to seriously pursue building a Honden deck in Commander. That doesn't mean folks didn't try. Commander is nothing if not the home of janky, weird and silly deck concepts that aren't particularly effective or competitive. We don't build these decks to dominate play, but to explore all of what is possible in our amazing format.

With Core Set 2021 I'm very happy to say that we're getting not five, but six new Shrines. These new Legendary Enchantments are not called Honden but are instead called Sanctums. They don't give you something during your upkeep. Most of them trigger at the beginning of your precombat main phase.

Most of my decks are designed around a Legendary Creature, but today's deck revolves around the new five color Legendary Enchantment, Sanctum of All.

This card fills a role not unlike Maze's End, in that it helps you gather together all of your Shrines. While it doesn't have the words "you win the game" on it, it's hard to imagine you couldn't nail down a victory with seven, eight or more Shrines on the field.

If it sounds like I'm getting overly excited about a bunch of janky enchantments, I understand. I've championed bad cards before and I guarantee that I'll do it again, but sometimes when you have enough bad cards gathered together, they can actually become pretty good.

Just the three Shrines shown above would give you a pretty sweet upkeep. You'd gain 6 life, draw three cards and could strip an opponent of three cards from their hand at the start of each of your turns.

If you need removal, Honden of Infinite Rage gives you some direct damage to spread out and Honden of Life's Web will give you a steady stream of chump blockers. They're just 1/1 colorless Spirit creature tokens, but that can add up.

The Sanctums might not trigger during our upkeep, but our shrines will each trigger twice if we have Sanctum of All on the field and control six or more Shrines.

With enough Shrines on the field, Sanctum of Tranquil Light will let me pay as little as 1 mana to tap down my opponents' creatures. A five-color deck might not be well-positioned to take advantage of that, but if I run cards like Chromatic Lantern and Chromatic Orrery I should be able to open up an opponent's defenses or just tap down their biggest targetable threats before they go to combat.

Sanctum of Shattered Heights might require me to discard a land or Shrine card, but does let me push some damage out to a targetable creature or planeswalker. That's not great but there are times where removing a key planeswalker means the difference between winning and losing. The green Sanctum gives me mana of a single color at the beginning of my precombat main phase.

It makes sense that not all these triggers are upkeep triggers. You wouldn't want to get a bunch of mana on your upkeep, and having some main phase triggers make Sanctum of All much more interesting as a Shrine tutor.

Even though I've only got six Shrines with upkeep triggers, it makes a ton of sense to run Paradox Haze. Getting a second upkeep means getting our Shrines onto the battlefield twice as fast if Sanctum of All is out. Getting six or more Shrines is still a challenge but this will make it much easier. I'll get four upkeep triggers if I've got Paradox Haze, Sanctum of All and the five other Honden on the field. That would mean 48 life gained, 24 cards drawn, 24 forced discards, 24 direct damage and 24 1/1 colorless Spirit Tokens. I could draw out and lose the game at that rate, but I still like my chances of finding a way to win.

Strionic Resonator might not seem like a big deal, as it can only copy one of our triggers each turn, but it should play a key role both in tutoring up Shrines with Sanctum of All and getting extra Shrine triggers that we really care about like that precious card draw from our blue Shrines.

By now I've usually covered the topic of which legendary creature is going to be leading my deck, but I don't think there are many good options. They have to have a five-color identity. They should help our game plan in some way. My heart wants me to trot out yet another Ramos, Dragon Engine deck, but the best choice is clearly the only one that can help us tutor up our Shrines.

With 11 enchantments in today's list right from the get-go, I think it makes sense to approach this list as an Enchantress build. That means including cards that care about, draw cards from, and reduce the casting cost of enchantments.

Between Tuvasa the Sunlit, a handful of Enchanters and Enchantresses cards like Herald of the Pantheon and creatures like Auramancer and Monk Idealist, which will help bring enchantments back from the graveyard, we should be well positioned to take advantage of our chosen theme.

With this much of an enchantments theme it makes sense to set up to be able to turn those into a threat on the battlefield. This won't be our first plan, but putting one of these onto our commander or even onto a Griffin Dreamfinder or Setessan Champion might give us a creature our opponents will need to worry about.

A Splash of Synergy

I think my favorite thing about this list is probably something really silly. The 11 Shrine enchantments are all Legendary. I'm running the artifact Honor-Worn Shaku.

For every Shrine we tap, we'll be able to untap this odd little mana rock and tap it again. Since we're unlikely to want to tap our Shrines for any other reason, this has the potential to really pay off if things are going well.

This isn't exactly a legendary tribal deck. We've got plenty of non-legendary cards in the mix, but we really, really care about getting our Shrines out, keeping them out, and being able to bring them back if some1 manages to get rid of them. The three sorceries shown above will do that nicely and should be familiar to anyone who plays planeswalker decks a lot. These are all-stars in any "superfriends" deck, and I think they'll pull their weight here.

The fact that I'm building around an enchantress theme has pushed this list towards green and white, but I don't think there's any way to avoid that. I often like to see my five-color builds have a more even spread of colors but sometimes you can actually make a deck work better by leaning towards one or two colors. I did that with my Najeela goblins deck and I've always felt that it came out pretty good for a non-cEDH Najeela list.

As a starting point, I'm feeling pretty good about this list. I generally rely on playing a list to determine how much I might need to throw in color fixers like Joiner Adept or lands like Cascading Cataracts to help make sure I can more reliably generate five colors of mana. I haven't ever built or piloted a Sisay deck before, so I may be underestimating the need to be able to reliably generate the mana to use her ability.

As I wrap up today's column, I've been thinking a lot about Wizards of the Coast's decision to suspend in-store play in the United States and Latin America. The idea that they would paint with so broad a brush is somewhat astonishing to me. Different regions are experiencing the COVID-19 pandemic and seeing different outcomes.

We're all seeing idiots walking around without masks acting like it's all some big overblown conspiracy or hoax, but to treat an LGS in Maine, an LGS in Florida and an LGS in Minnesota the same is lazy thinking at best and extremely callous at worst.

The livelihoods of our local game store owners are genuinely at stake, as they are coming out of the most difficult three or four months they have ever gone through. To shut everything down again as if regional differences don't matter seems like a sure-fire way to kill their own game and the livelihoods of thousands of people who have supported Magic for decades.

I might be overreacting, but if this decision winds up being the harbinger of the death of paper Magic, I wouldn't be surprised. I'm doing what I can to try to find ways to get the game store I call home to find a way to have some amount of in-store play, but right now I just don't have any answers as to what lies ahead. These are dark times and it seems to me that Wizards of the Coast might be making things worse for all of us, when a more nuanced approach might focus on looking at regional differences in the US and Latin America. Maybe I'm just thinking of my own experience, but I live in a region that has been doing a pretty good job with masks and social distancing and it feels like we're now being punished in ways that we shouldn't be. I'm unlikely to follow Magic into an online-only future and I'm not ready to give up on fighting for the community that we've built up over the past few years.

I hate to end on a down note, but I had been poised to open up our EDH League again this week so this announcement was something of a shock. Hopefully we'll have better news soon.