A strong goal you will see at every major art convention, any place where artists gather, is younger and aspiring career fantasy artists looking to improve their portfolio with critiques and suggestions on how to get close to becoming a Magic artist. Breaking in is the goal.

Just as being included in Spectrum's annual art book is a career step, being in Magic in the Imaginative Realism field of illustration, and especially in Fantasy art, is very notable and important. It is a marker of quality, of success. Art directors are inundated with applications every single day and the quality of art is consistently getting higher every single year. The sheer amount of art nominations and art awards are on the uptick. Quantitatively, the art has never been higher.

To be within the pantheon is a marker of quality. You can wear a new moniker - "Magic Artist" - that you can use in marketing and branding. It might even get you invited onto panels at conventions.

But new artists come in every year.

To become is difficult. To maintain is a near impossible feat for even the highest quality artists.

For some, like Karla Ortiz, they graduate out of Magic. She found her way to Hollywood and works on concept art pushes for films:

To move on is the ideal, but more rare than anything. In a hyper competitive space, one late assignment, one punt on a job where you bite off more than you can chew to impress your fans and yourself can leave you spiraling.

It's hard to get into Magic.

It is harder to stay.

Today we have Bud Cook, a former Magic artist who rejoined the ranks and his journey is one to note, but we should also study how an artist can both find fulfillment from personal work that has commercial success while still working for a brand. His experience is rare, due to staffing choices, normally, and not from an individual's actions. You need to know about Bud's efforts here and we can reflect how a journey in art is anything but linear.

Bud, you're a Northeasterner, a right coaster. Born there, school there, and live there. What keeps you up in that neck of the country?

The short answer is family. But to expound just a bit, New England is sort of an idyllic place. We get all four seasons, gorgeous mountains and lakes, great cities and museums. What's not to love?

Bud, your art is often abstracted with portraits. What draws you to that?

As artists, we tend to be a conglomeration of all of our influences. Some of my favorite painters have a very abstract quality to their work, however they would clearly be categorized as representational artists. In any attempt to create a representational picture, playing that fine line between abstraction and realism is a thrill to me. 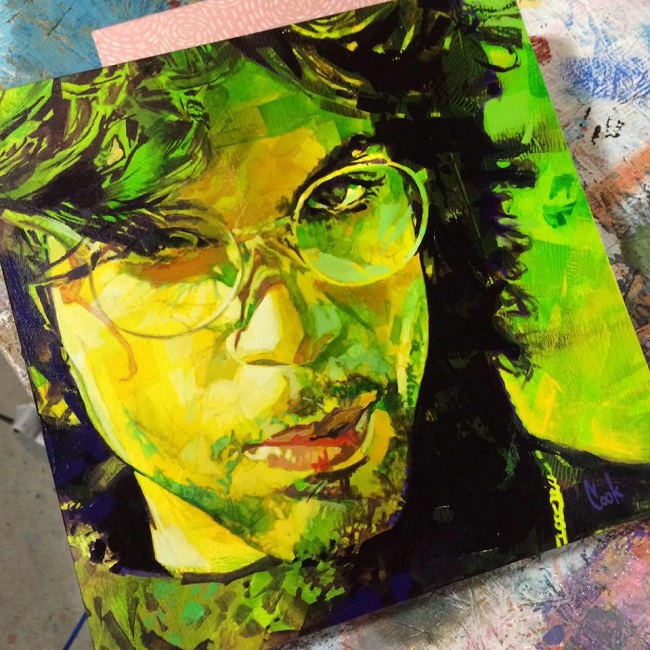 What do you love about faces?

Simply put, the complexity. The problem to solve with a portrait is interesting; you must first get the likeness correct - but the real job of any artist is to make an interesting picture. The portrait is always a challenge for those two reasons.

Faces huh? Looks like the close up face concept is one you would excel at in the future. An abstracted face? Seems like an easy slam dunk for you.

What is your favorite paint color?

Unbleached titanium, it's fun to sketch with, and is a great tinting alternative to titanium white.

Please see Luna for an example: 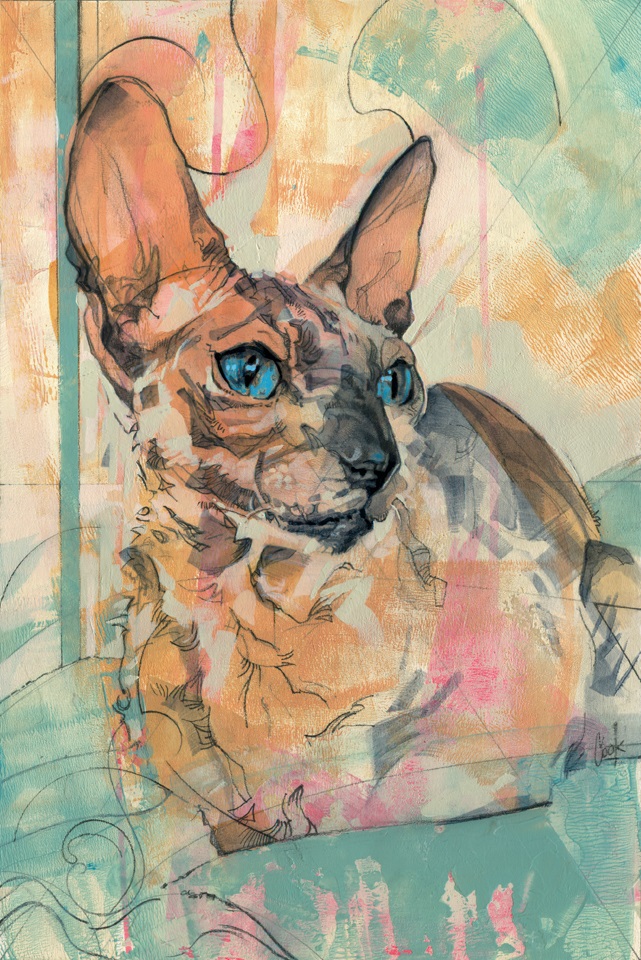 You worked for Magic for a few years, then had a little break, then we saw you again when we returned to Innistrad, and now again.

What happened between there?

When I first worked for Magic, it was part time; evenings and weekends sort of thing. I had a whole other career as a web designer, which I did for many years. For that reason I really wasn't able to take on a lot of freelance work, so it was fairly infrequent.

For artists who are curious, how did you get in? When you had a gap - what happened? Did you reach out? They keep asking? What did you do to get back in? What was the change?

OK, that's a lot of questions in one! Let's unpack that...

First, how did I get in? Being proactive, and a little bit of luck. I met Jeremy Jarvis at SDCC in 2006. At the time he was a senior art director at Magic. I showed him some work, and a few weeks later I had my first Magic commission. So was it lucky? For sure, yes - the way that I was introduced to him is a much longer story but it did involve some luck. However, if I had not booked the trip and traveled all the way across the country, that meeting would never have happened. Picasso was quoted as saying "Inspiration exists, but it has to find you working" - I feel exactly the same way about luck. 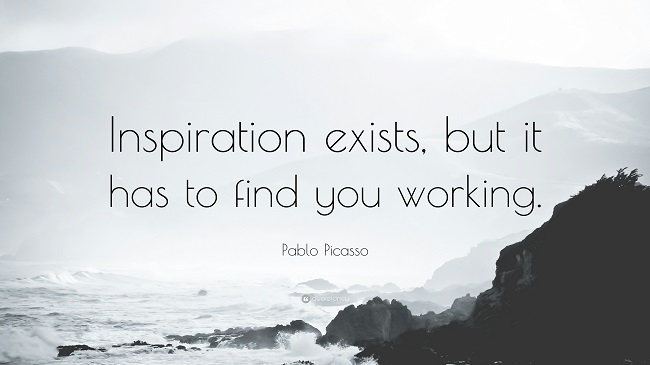 Also there was a time gap between commissions, you asked what happened, did I reach out? So again, being proactive was key. I was reaching out, that's super important, I think if you want steady work as a freelance artist you always have to be proactive. Always.

And lastly, what did I do to get back in? That one is a mystery for the ages! Again I think it involves being proactive and a little bit of luck - allow me to explain...

I honestly was not trying to get work, I was just very interested in seeing the creative space at Wizards of the Coast, but I made some great connections and met some really cool people! I think the luck comes into play because I received the commission for "Village Rites" last summer from Cynthia Sheppard, and it was quite simply a follow up on a previous card I had created called "Village Cannibals." I don't do artwork digitally anymore, so I painted this new one in acrylics, in hopes that my personal style would come through in the traditional work, and hopefully more work would come from that.

Innistrad - what makes your work fit that gothic horror plane so well?

Most of the work that I showed to Jeremy Jarvis way back in 2006 had that kind of "horror feel" to it. However, my traditional work tends to be painted with more saturated or bright colors, so hopefully my work can span the look of different worlds or planes. 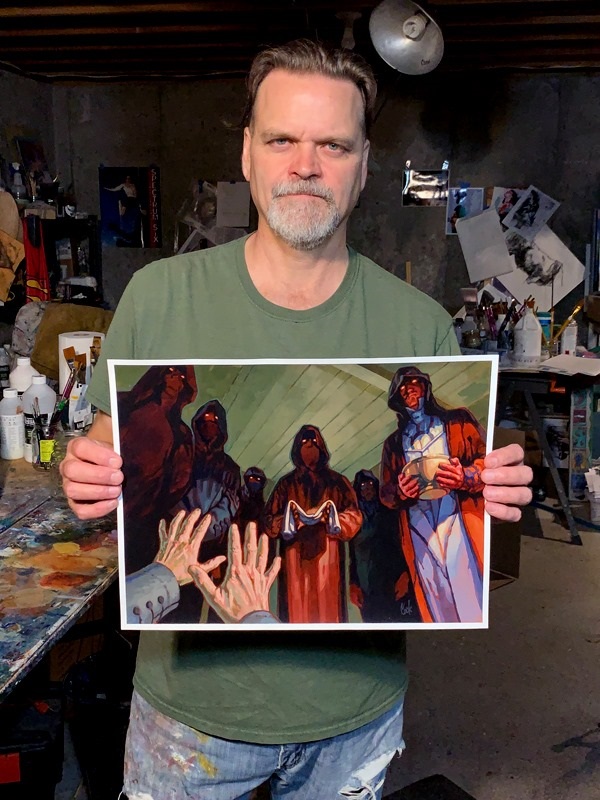 What did the art director say when they contacted you? "We love the cannibals, do that again?"

Essentially, yes! This new card, "Village Rites," was intended to be a direct follow up on "Village Cannibals". The idea was that the victim in this new card was one of the perpetrators in the original card. So, creating this new artwork was a lot of fun, because I got to revisit that original concept. 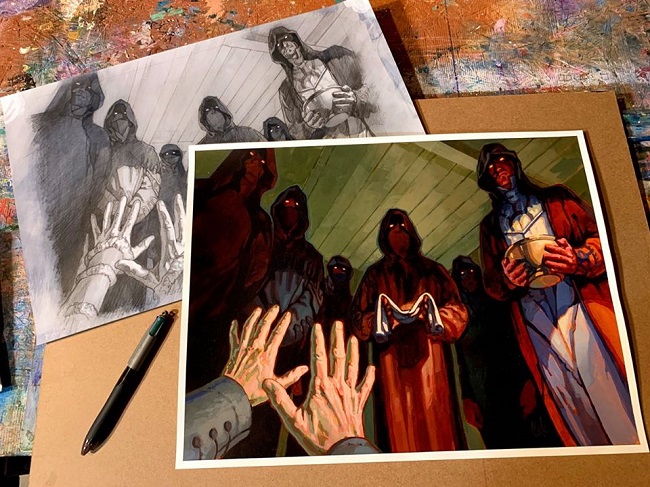 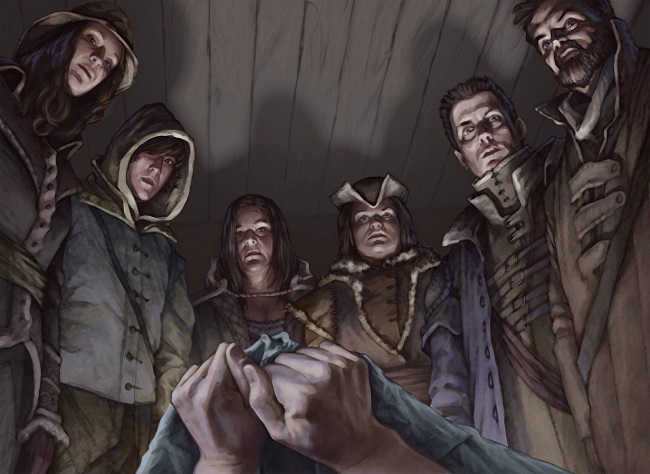 Well that's great to hear because it appears to be quite playable. Entire articles are on the card for usage in decks like Emma Handy writing The Price Is Rite: How Village Rites Costing 1 mana Changes Everything, or Mike Flores writing, if there is something cool from Core Set 2021, it's Village Rites as an additional way to exploit sacrifice synergies.

If given free reign to do whatever you wanted, in any style, for Magic, what would you do and why?

If given free reign I would definitely try to abstract the work a bit more than I usually do for Magic. Seeing Jeremy Wilson's illustration for Embereth Shieldbreaker was exciting - the card art was purely his own style and it gave me hope that someday I could paint purely "my way" on a new project with the folks at Magic.

A huge thanks to Bud for taking the time today. We hope we see more of him and his wonderful portraits in Magic soon!