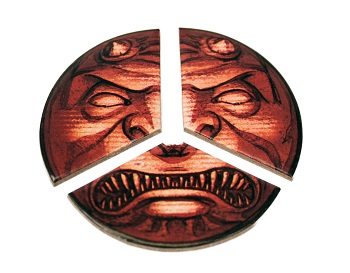 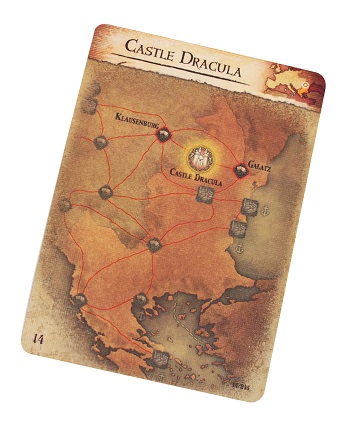 Eight years ago the Devil himself came to London to dwell in Carfax Abbey. Eight years ago my dear friend Lucy became one of the Un-Dead, and my own soul was cast into peril by the pernicious Count Dracula. Eight years ago Quincy Morris, your namesake, gave his life to see the evil destroyed. Would that his sacrifice had not been in vain.

My dreams have become troubled, my sleep disturbed by visions of a castle in the Carpathian Mountains. I see a carriage with four black horses and smell the salt of the sea, and the awful tang of blood. I wrote to Professor Van Helsing at once when the dreams began, and he confirmed my fears: the Count is returned.

As the dreams continued, I awoke one night to find myself standing in the hall with Mr. Morris's old knife in one hand. I knew not what mischief I might have wrought had I not awoken when I did, nor did I have any longing to learn. I packed my things, kissed you and Jonathan good-bye, and departed that morning to visit Arthur - Lord Godalming - in the country. Doctor Seward and Van Helsing arrived soon after, and we hunters of the Vampire were thus reunited. Only Jonathan remained, staying with you, my son, to keep you safe.

My son, we do not know where Dracula makes his lair, nor do we know his ultimate goal, except that it is evil and a grave peril to all the world. He lives despite our efforts, and his revenge will be terrible indeed.

Jonathan's instructions are to give you this letter in the event of my death, when you are old enough. I hope that you never read these words. I hope that I will come home to you. But I fear that none of us may survive the fury of Dracula. 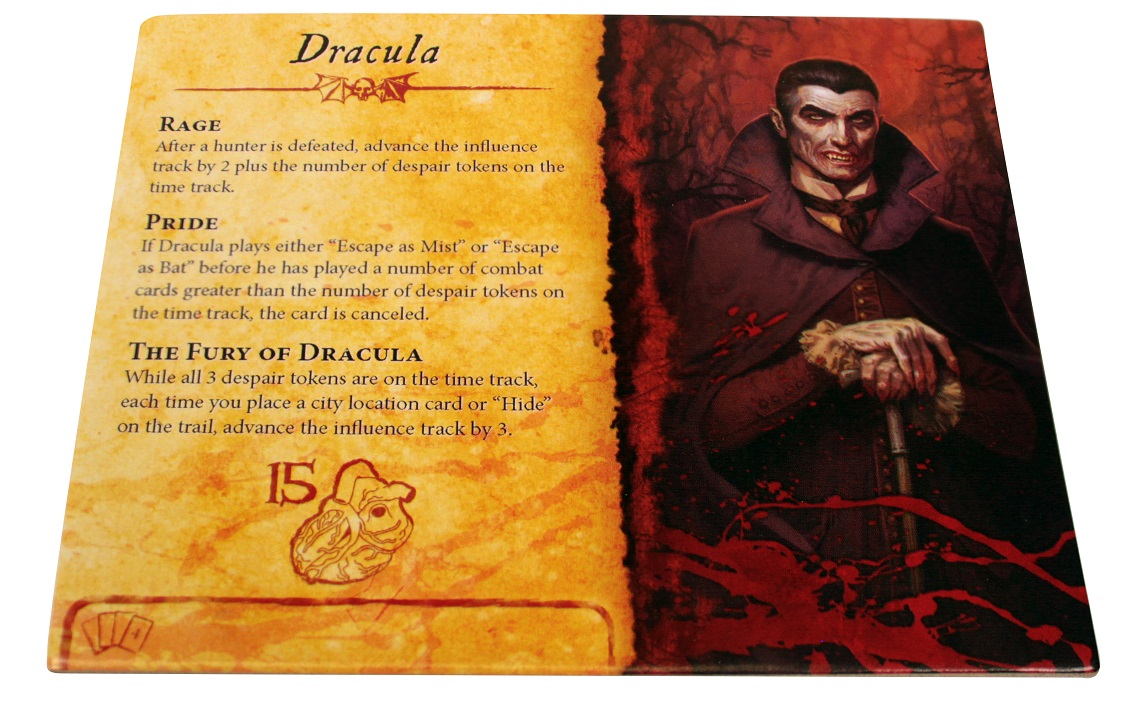 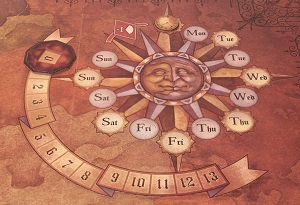 A Game of Deduction and Gothic Horror!

Fury of Dracula is a one versus many deduction game inspired by Bram Stoker's classic novel Dracula. One player controls Dracula and up to four players assume the roles of his hunters. During the game, Dracular will attempt to elude the hunters as he spawns new vampires across Europe, while the hunters try to find and destory Dracula, thereby ending his reign of terror.

This Fourth Edition of Fury of Dracula features new, painted miniatures while retaining the streamlined gameplay of the Third Edition and the updated art and graphic design. Rounds are broken into Day and Night with more fast-paced and decisive combat.

Learn How to Play Fury of Dracula with Shut Up & Sit Down!

Check out The Dice Tower's Review of Fury of Dracula!

Survive the Fury of Dracula

Work together with your fellow hunters to hunt down and defeat the evil Count Dracula. Get your copy of Fury of Dracula today!