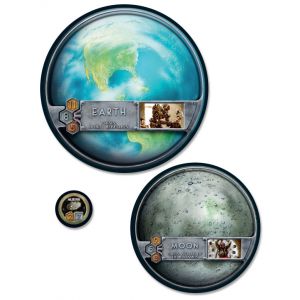 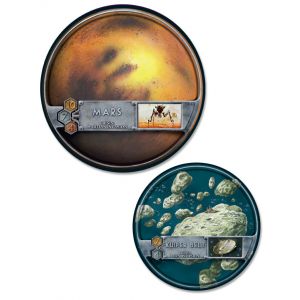 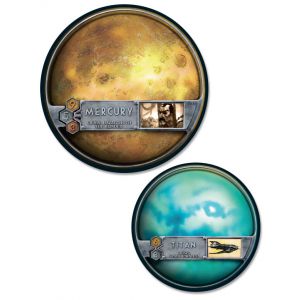 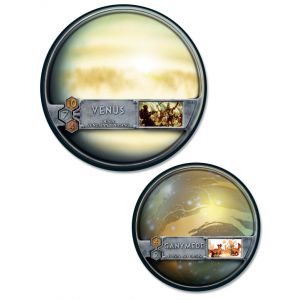 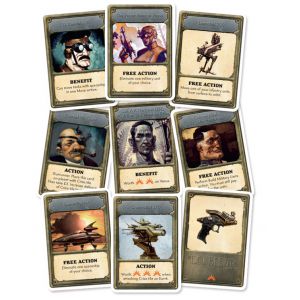 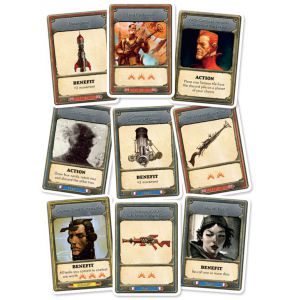 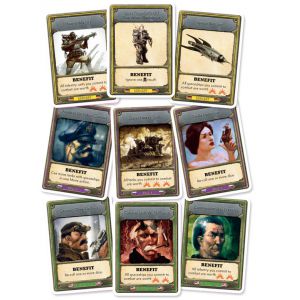 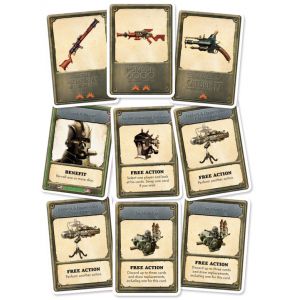 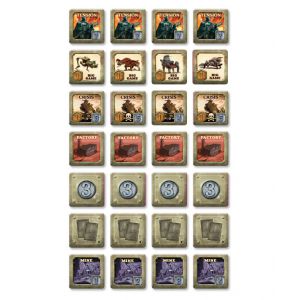 Note: This is the limited edition version with wood pieces.

Onward to Venus is set in the retro sci-fi world created by Greg Broadmore. In this alternative reality space travel exists in an end-of-the-nineteenth century setting. There are planets and moons all waiting to be settled and exploited, although the local inhabitants might kick up a fuss.

Fortunately for the Earthling civilisers there is a range of highly useful ray-guns, created by Doctor Grordbort, to convince the natives to behave themselves. Foremost exponent of the benefits of the good Doctor's weaponry would be Lord Cockswain, recognised by all as the Earth's best human.

Each player takes on the role of one of the major Earth-based empires, which are Great Britain, France, Germany, Russia and the United States of America. The aim of the game is to gain influence over the planets and moons of the Solar System by building factories and digging mines.

Rather than having a single board to play on you have eight planets/moons, represented by large board circles, which you lay out in a line on the table.

The game is played over three periods. At the start of each period a number of tiles are drawn randomly and placed on the various planets and moons. Players then take it in turn to perform actions, one at a time. Players continue to perform actions until all of the cubes from the 'Pass' card have been claimed.