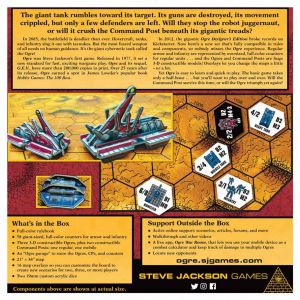 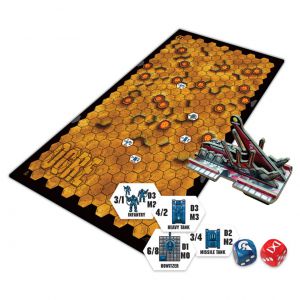 The giant tank lurches as it stalks its target... its guns have been destroyed, its movement crippled, but only a few defenders are left. Can they stop the cybernetic juggernaut, or will it crush the Command Post beneath its massive treads?

Ogre is the game of futuristic warfare, pitting squads of infantry, armor, and artillery against a single foe - the giant robot tank called the Ogre. You can control the beast and ruthlessly crush the humans in your way, or play the defender, trying to stop the Ogre at any cost. It doesn't seem possible... but with the right moves, you can win.