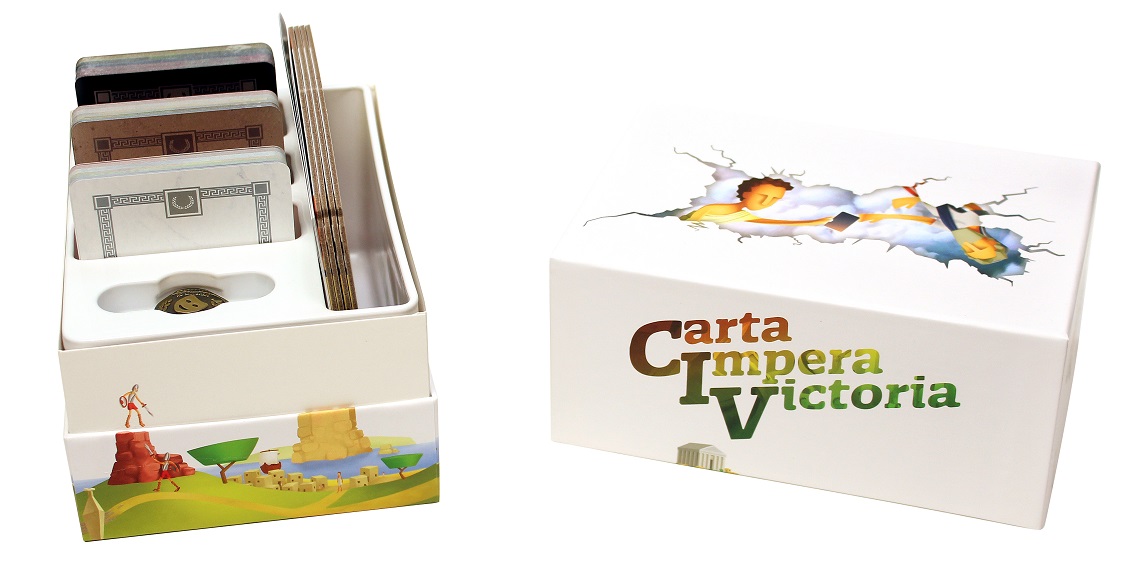 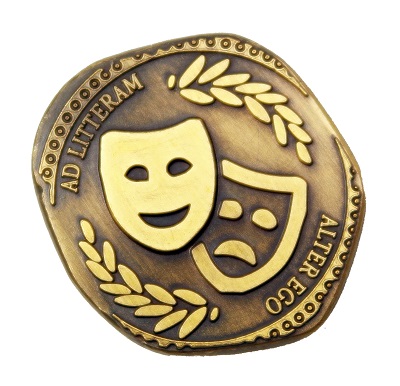 Carta Impera Victoria is a game of CIVilization and diplomacy in which you develop your own nation. Be the first to reach hegemony in one domain to make history, but keep an eye on your opponents. Forming a temporary alliance might be the best way to prevent a player from triumphing... and remember that offense is sometimes the best defense!

A game of CIV pits 2-4 players against each other as they build up their budding civilization through three ages, one card at a time. The cards are spread through six different domains: Military, Religion, Economy, Science, Culture, and Utopia. As players accumulate more cards in each domain, abilities will become available for them enact during their turns. The game ends when one player has the required number of cards for hegemony in a single domain, or the age deck runs out. If the latter occurs, the player with the largest number of majorities among the six domains wins the game! 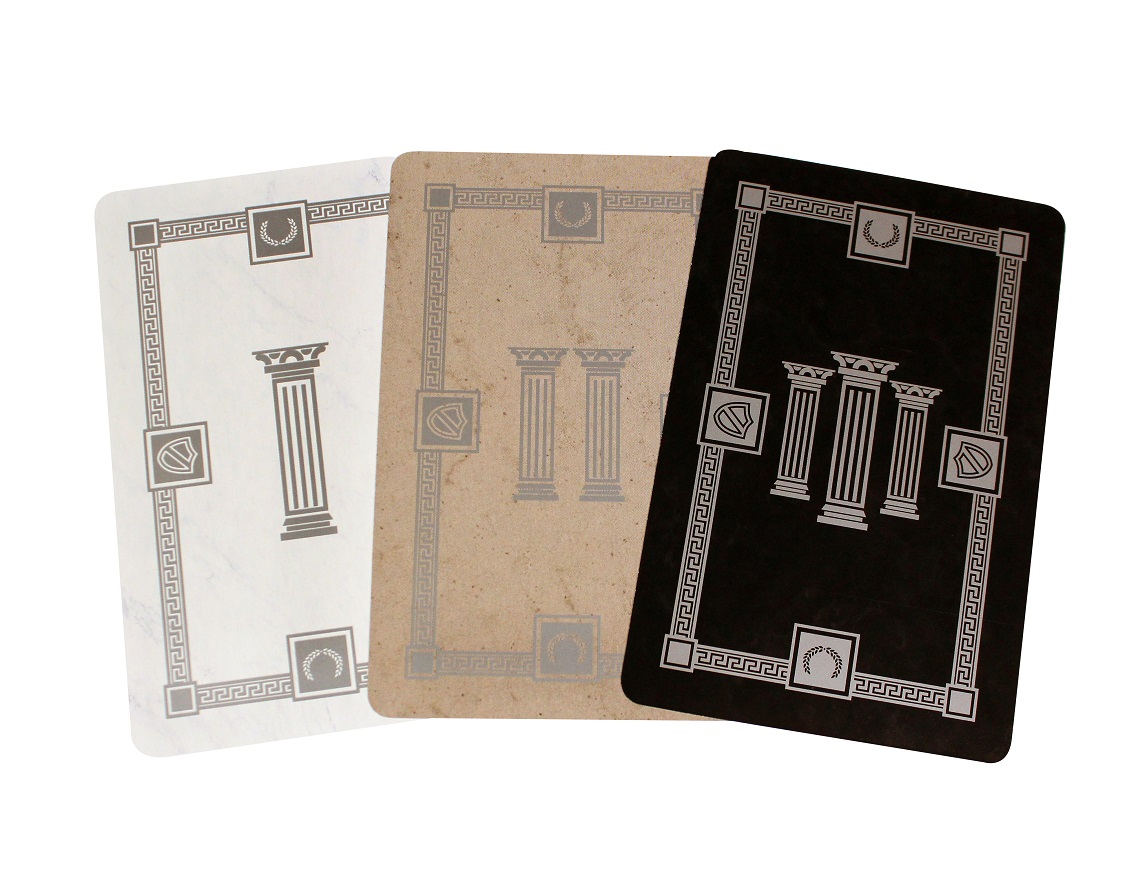 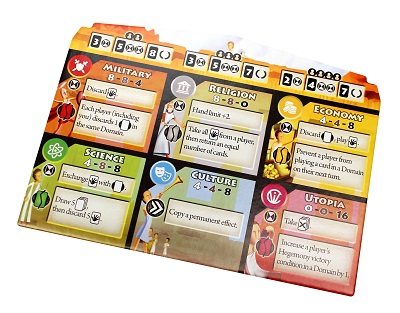 Master of Your Domain

Each of the six domains in Carta Impera Victoria brings unique powers into play. There are two types of effects: Permanent and Discard. Players can activate one Permanent effect and one Discard effect per turn. Permanent effects can only be activated if a player has the required number of cards in their play area of that domain.

Military: The Military Permanent effect clears out your hand so you can draw more new cards at the end of the turn. The Discard effect forces other players to discard a card from their play area of the same domain as the one you discard from yours.

Religion: This Permanent effect increases your hand size for the rest of the game while the Discard effect combines your hand with an opponents, letting you keep the cards you want and giving back the rest.

Economy: Discard a card from your play area and replace it with one from your hand with the Permanent effect or keep an opponent from adding to one of their domains with the Discard effect.

Science: Swap cards from your hand with cards in your play area with the Permanent effect or draw and discard 5 cards from the Age deck with the Discard effect.

Utopia: The Utopia Permanent effect lets you add cards from the discard pile to your hand while the Discard effect places the Utopia card in another player's domain, increasing by one the number of cards they must have in that domain to have hegemony. 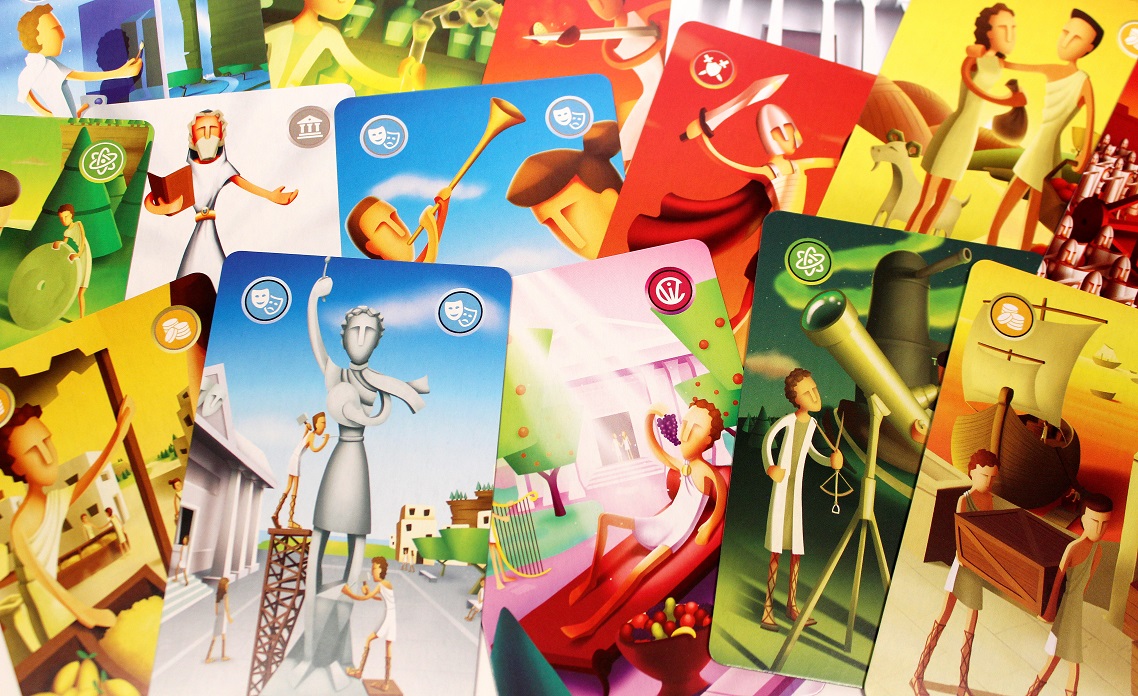 Build the best civilization and beat the other players to hegemony! Get your copy of Carta Impera Victoria today!