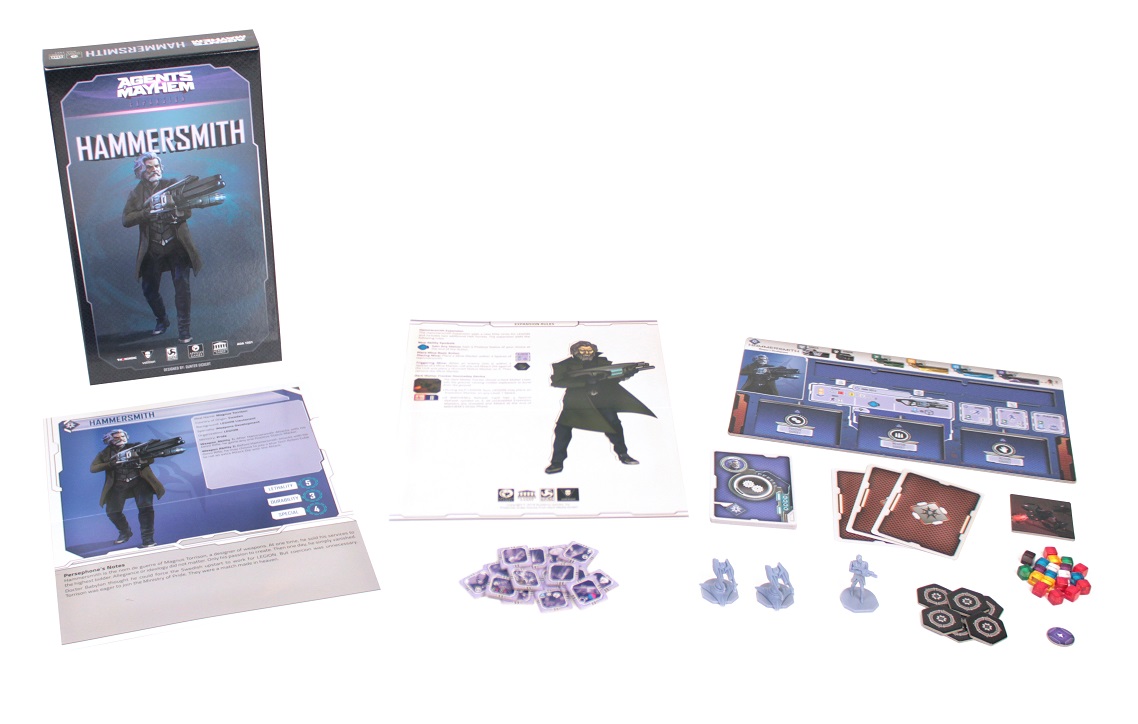 
To the Highest Bidder! 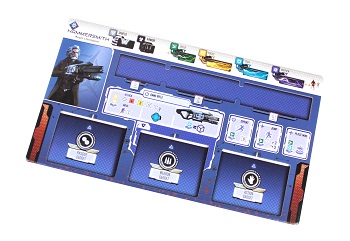 Hammersmith, aka Magnus Torrison, is a lieutenant for the LEGION Ministry of Pride. He is a brilliant inventor and weapons maker that sold his designs to the highest bidders world wide. Allegiance or ideology did not matter - only his passion to create!

Dr. Babylon kidnapped the Swedish scientist to force him to work for LEGION. But coercion was unnecessary, since Torrison was eager to join the Ministry of Pride. Now known as Hammersmith, he is devising monstrosities to unleash against MAYHEM!

This is a full LEGION expansion that includes the Hammersmith miniature, character board, and custom Gadget cards and Upgrade tiles that can make him even more powerful! Combined with his Mayhem ability upgrades, he adds an entirely new and exciting story line to the Agents of Mayhem game!

Lock and load with the newest addition to Agents of Mayhem - Pride of Babylon and order your copy of the Hammersmith Expansion today!