Agents of Mayhem: Johnny Gat Is Back Expansion 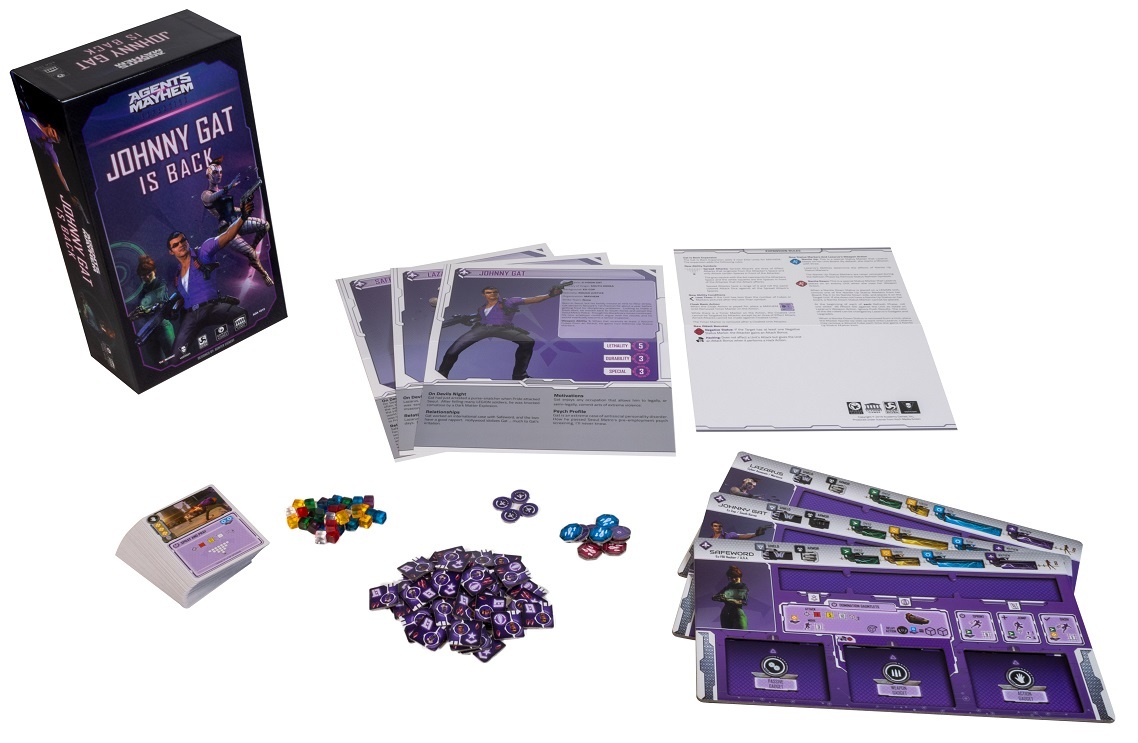 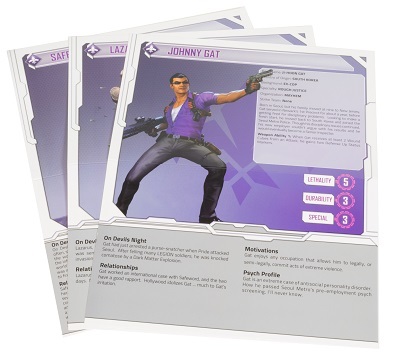 A legend returns in the Agents of Mayhem: Johnny Gat is Back Expansion! Enlist the servcies of a new MAYHEM strike team, attacking LEGION from a new angle with this selection of three new characters.

Johnny Gat is a man who needs no introduction. Once a decorated hero among Seoul's Finest, Johnny's now a murder machine in MAYHEM's service. Having saved the world on multiple occasions, Gat is back for more action, bringing his trusty arsenal to bear against the evils of LEGION.

Lazarus, aka Dynamo, aka Fatima Daoud, was sent to look for city survivors after LEGION's world wide attack on Devil's Night. She was ambushed and cornered in Nano-Gen, an advanced Nanite Particle research facility. A dark matter grenade blew up next to her leabing her critically wounded. As she lay dying on the cold floor, LEGION's mad agent Ariadne injected her with experimental nanites. The nanites rebuilt Dynamo into a merging of woman and machine, the next step along the evolutionary ladder. Presumed dead, she was renamed Lazarus when she returned to MAYHEM. Lazarus can throw nanite clusters at her foes. These clusters stick to her targets and slowly drain the life from them over time!

Safeword, aka Kinzie Kensington, was a most wanted hacker that infiltrated and corrupted the Stock Exchange, CIA bank accounts, and FBI passwords by the age of 14. She was caught, but instead of being imprisoned she agreed to work for the FBI. Kinzie came to the attention of MAYHEM who immediately recruited her. Kinzie fires off a narrow energy wall that travels quickly in a straight line and passes through walls and cover. Enemies hit by the wall take damage and are stunned, immobilized, or blinded for a turn. She is a perfect weapon on any team of Agents!

Bring the heat with the newest addition to Agents of Mayhem - Pride of Babylon and order your copy of the Johnny Gat is Back Expansion today!