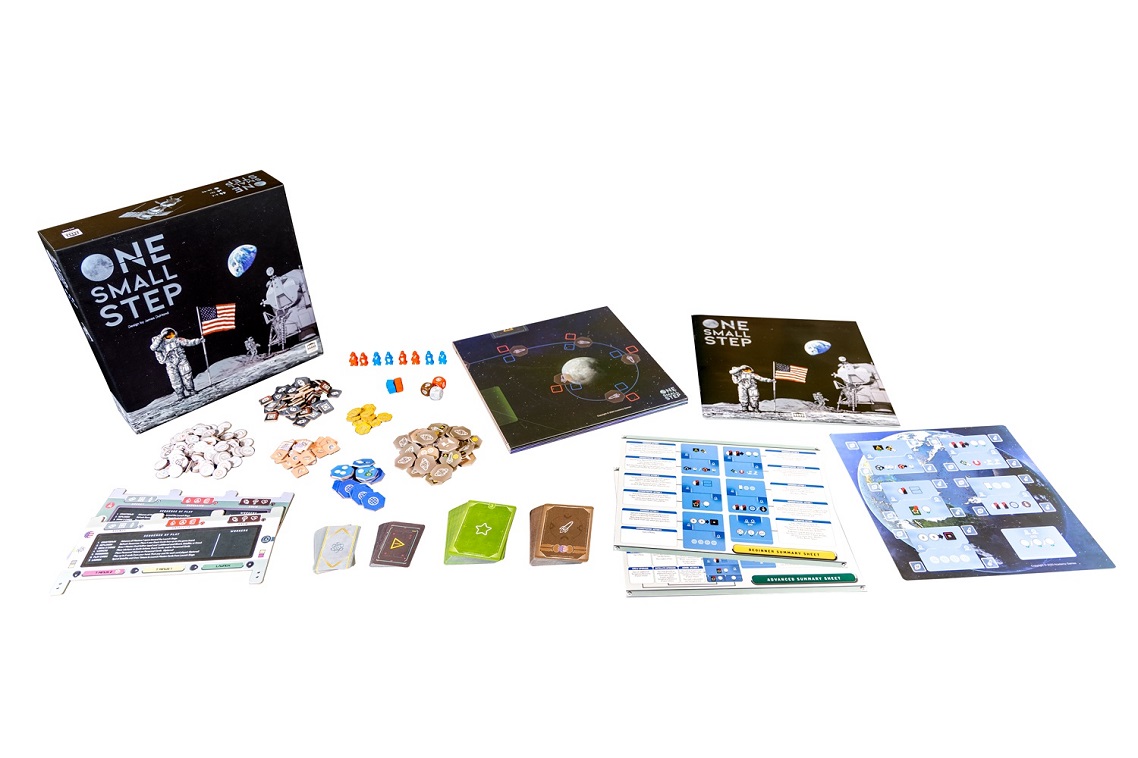 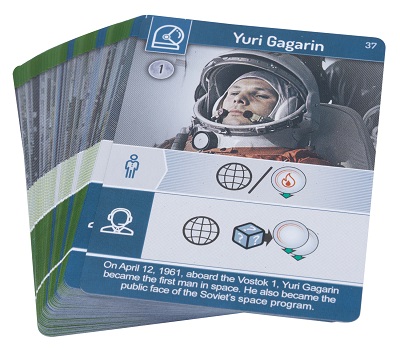 Play as either the USA or USSR space agencies on a team of one or two players. Compete against the opposing nation's team to develop your space program, launch missions, and be the first to land a man on the Moon.

Each team has four Workers of two different types: Administrators and Engineers. Teams alternate placing Workers on either an Earth Space or a Card Space to gain Resources, Bonus Tiles, and more. Earth Spaces have different worker placement effects that depend on which type of worker you place. Card Spaces require the placement of a specific type of worker that grants an immediate bonus and drafts the card into your hand for future development.

The first team to reach the end of the Moon Path lands on the Moon and triggers the end of the game. The team with the most VP represents the nation that did the most to progress humanity's knowledge for the future. 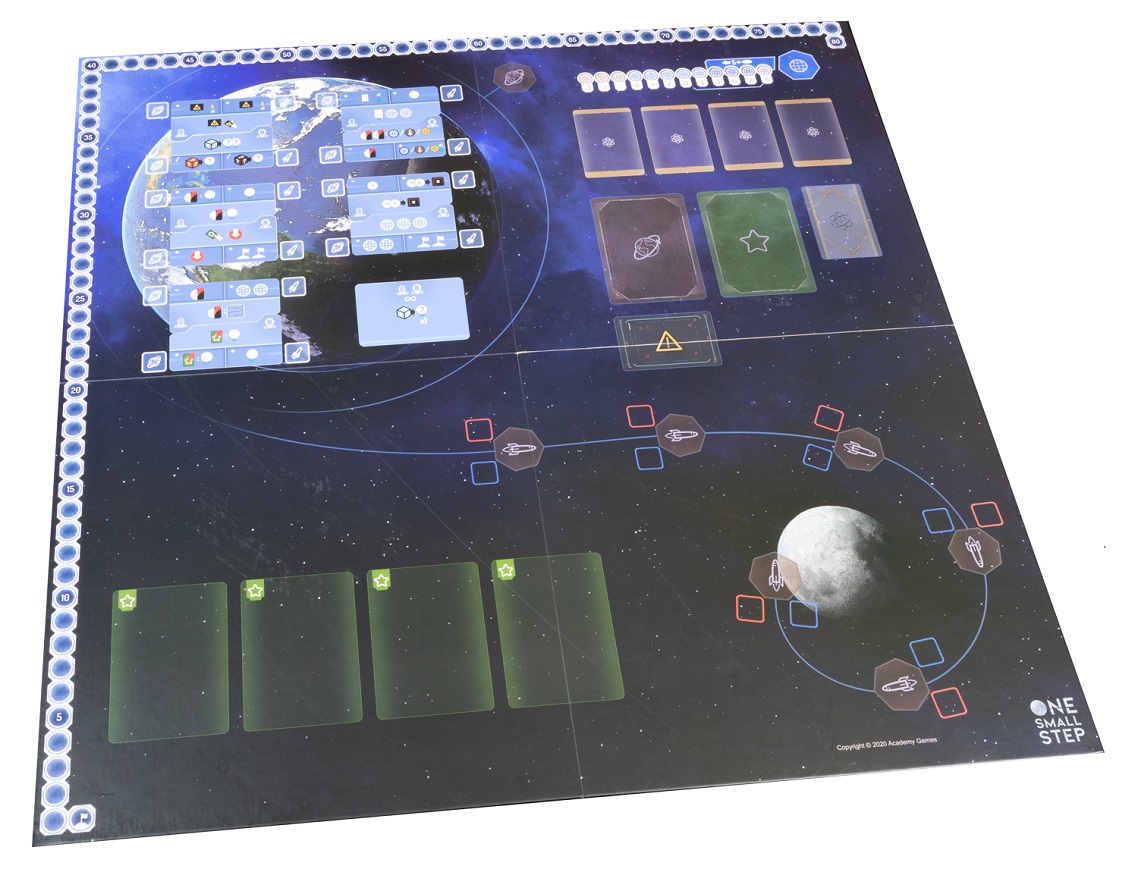 Live the drama and excitement of the Space Race as your team fights for victory. Preorder your copy of One Small Step Today!