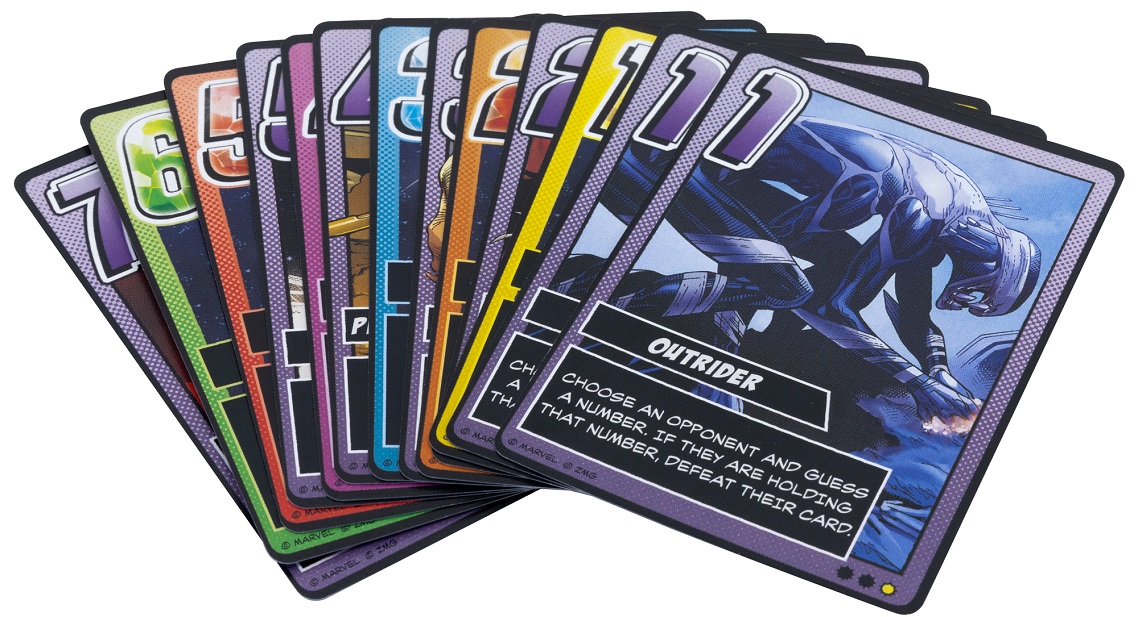 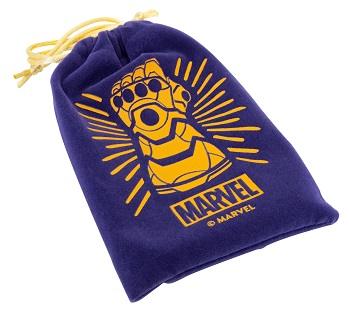 The Universe is in Your Hands!

The Mad Titan Thanos seeks the Infinity Stones to bend the universe to his indomitable will, but courageous heroes are assembling to stand in his path to ultimate power. Based on the beloved card game and set in the Marvel Universe, Infinity Gauntlet: A Love Letter Game features the elegant mechanics of the original, re-imagined in a one-vs-many twist for thrilling team play. While one player takes on the role of Thanos on a crusade to change the universe as we know it, 1-5 other players must deploy iconic heroes to defeat him before he can achieve his aims.

Throughout the game, players take turns drawing a card and playing a card, then executing its effect. Hero players can call upon the likes of Iron Man, Spider-man, Thor, and Scarlet Witch for their abilities to battle and gather intel about their opponent's schemes. A worthy adversary, Thanos plays with a two-card hand, drawing from his own deck of minions and powerful Infinity Stones. The heroes will have to use their abilities in strategic combinations to knock his health down to zero before he can do the same to them -- or find all six Infinity Stones and win with a snap of his fingers. Who will prevail in this battle for the universe? 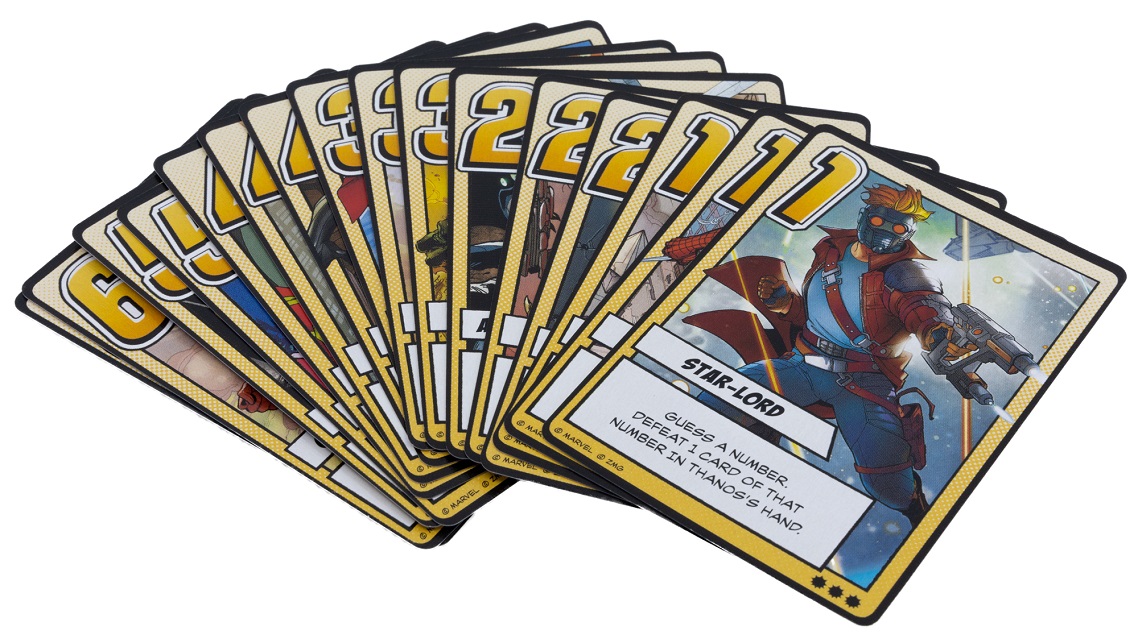 Learn to play Infinity Gauntlet with Watch It Played!

Check out The Dice Tower's Review of Infinity Gauntlet: A Love Letter Game!

Fun at the Snap of Your Fingers

Battle for the fate of the Universe in this take on the classic Love Letter formula. Get your copy of Infinity Gauntlet: A Love Letter Game today!