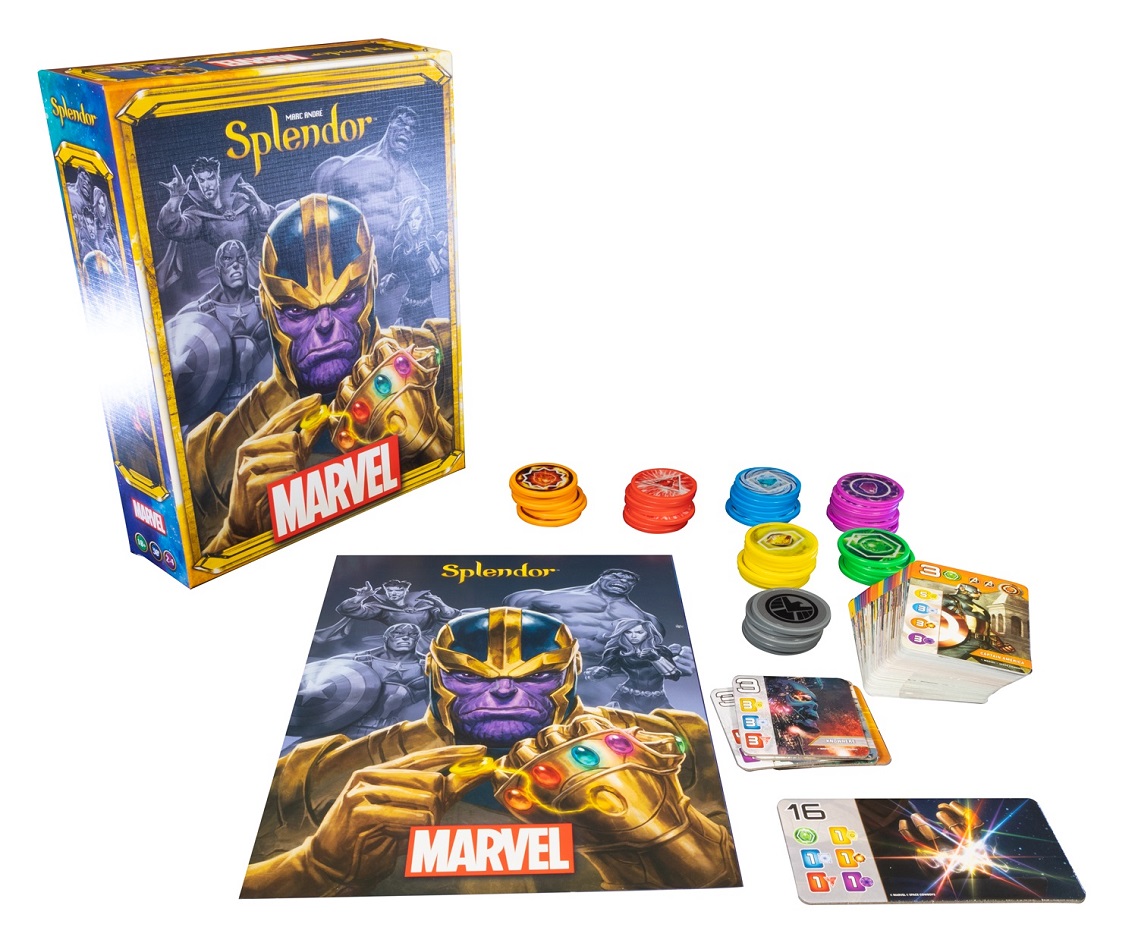 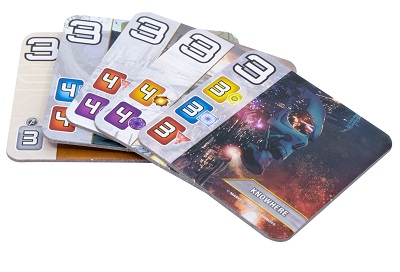 The Fate of the Universe Hangs in the Balance!

Bring together a team of super heroes and try to prevent Thanos from ending the world.

In Splendor: Marvel, you are in command of a team of Super Heroes who are trying to prevent Thanos from collecting Infinity Stones. Bring together a powerful team, acquire iconic Locations, and score enough Infinity Points to claim the Gauntlet!

During the game, the players collect tokens. With these tokens, they recruit Character cards, which are worth Infinity Points and/or provide a bonus. These bonuses allow players to recruit subsequent Character cards at a discount. When a player has enough bonuses, they immediately take the matching Location (also worth Infinity Points). Once a player meet the conditions for the Infinity Gauntlet, they trigger the end of the game and the winner is determined. 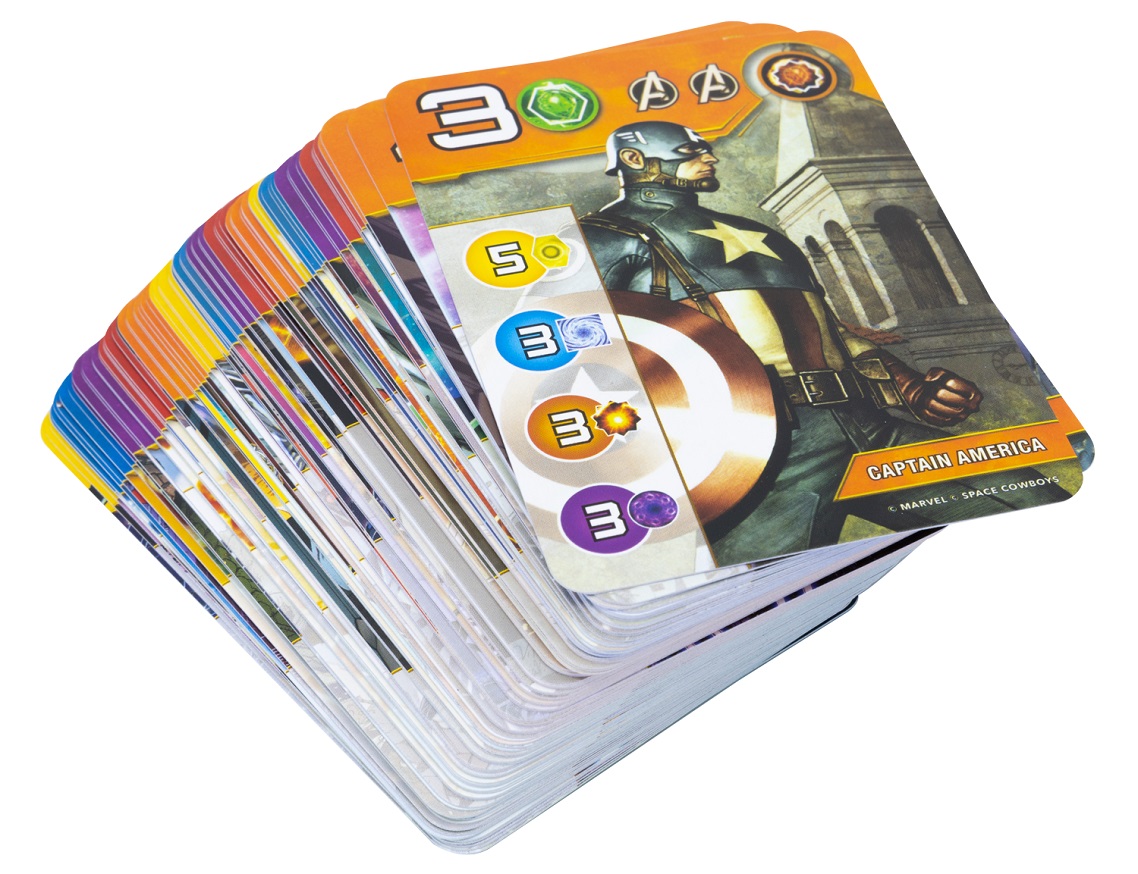 Balanced, As All Things Should Be!

Craft your team of heroes and gather the Infinity Stones to secure the fate of the Universe. Get your copy of Splendor: Marvel today!