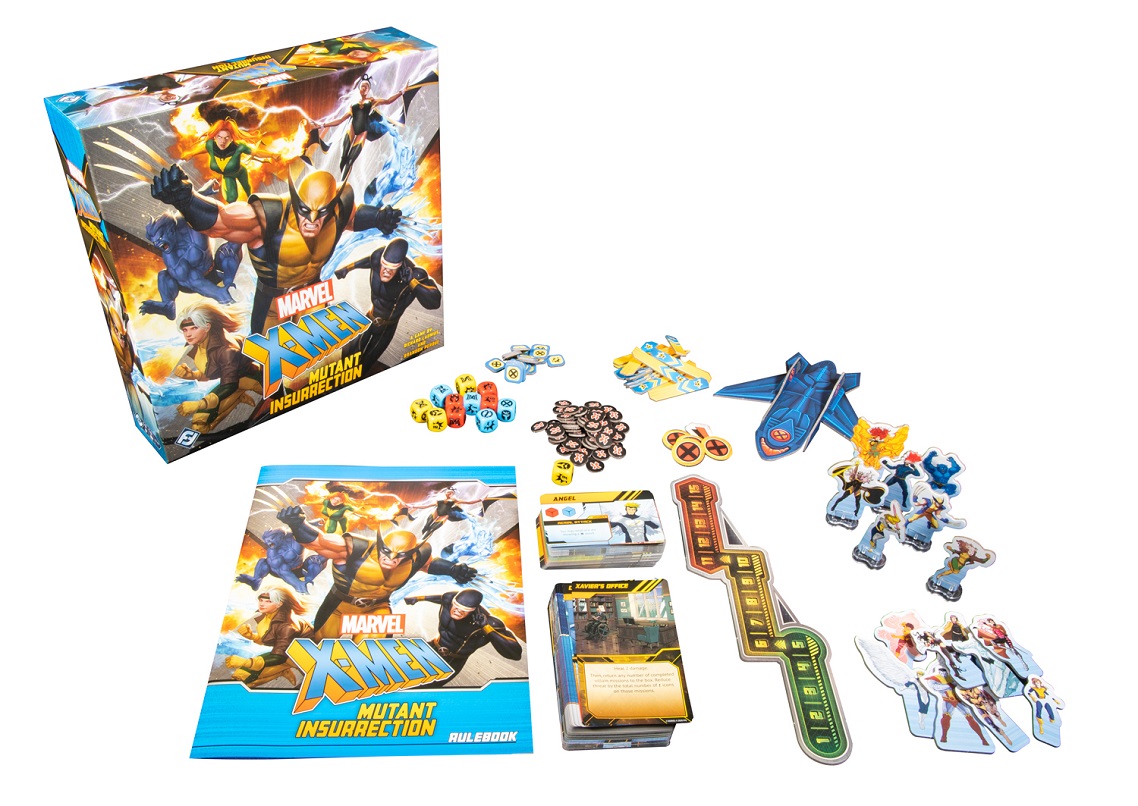 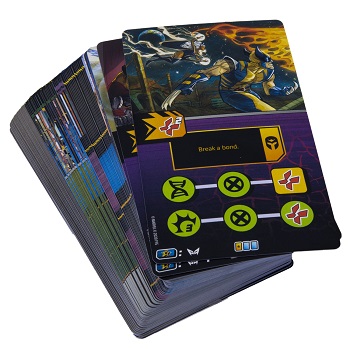 Fight for the Future!

Become the X-Men and battle to protect humanity! X-Men:Mutant Insurrection invites you and up to five other mutants to safeguard our world while playing as iconic characters like Gambit, Rogue, Storm, Cyclops, Wolverine, and more. Travel the globe on death-defying missions to recruit new mutants, capture criminals, protect innocent lives, and battle some of the most memorable X-Men supervillains. Eight distinct scenarios await you and your X-Men, each with their own challenges and each leading to a no-holds-barred showdown against the villain. The Blackbird is ready to launch - join your team and fight for the future! 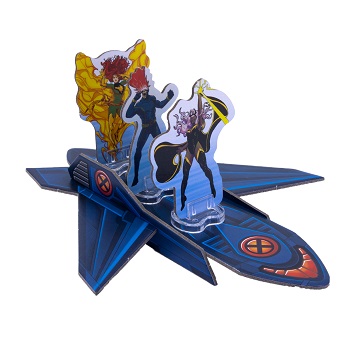 Though the world may despise them, the team of heroic mutants known as X-Men fight tirelessly to protect humanity from the sinister machinations of evildoers. Leap into the action with X-Men: Mutant Insurrection, a fast-paced, co-operative, dice-driven card game for one to six players! You'll build a team of iconic heroes such as Wolverine, Rogue, Storm, and Jubilee from the sixteen heroes included, embark on dangerous missions around the world, and accelerate toward a thrilling showdown with a villain such as Dark Phoenix, Magneto, or the Hellfire Club.

Whether you're infiltrating the elite society known as the Hellfire Club, investigating the mysterious happenings on the island of Krakoa, or taking on Magneto and the Brotherhood of Mutants, X-Men: Mutant Insurrection brings some of the greatest stories in comics staight to your tabletop! Get your copy today!