Hello, fellow Vorthoses! For those of you who attended #GPVegas this past weekend, I hope you had a fun time! Sadly, I was unable to attend, but thankfully, Gathering Magic provided some sweet coverage. If you missed it and want to catch up on what went down, I urge you to check it out.

For this week, I want to try something a little different. For those of you who might have missed it, a few weeks ago, I wrote an article titled âVorthos 2015â in which I broke down the different ways people could consider themselves Vorthoses. One of the facets of Vorthos that I discussed was something I refer to as an oracle Vorthos, which is someone who tries to create a bridge between Magicâs flavor and the real world. I realized there is a member of our community who has been serving as an Oracle for quite some timeâand not in the way you would expectâ.â.â.

Cary Thomas Barkett, better known as @Vronos on Twitter, is a straight-up oracle Vorthos who does not cosplay. While his original goal (as was previously mentioned on his blog) was to cosplay the mysterious mask-wearing Planeswalker, in speaking with him, I was able to uncover how he came to find his true Vorthosian passion. 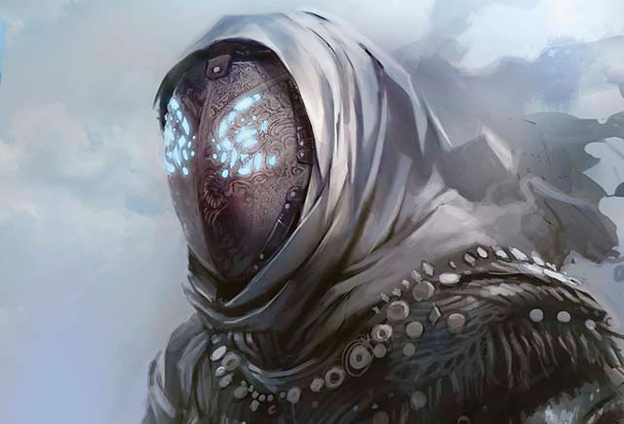 Cary and I met up on Skype. Before the call, some natural nerves began to set in, as they often do, whenever I am about to speak with someone I have never met for the first time. Let me just tell you that all of those feelings of anxiety immediately dissipated the second my computer screen began registering our Skype-provided video feed. 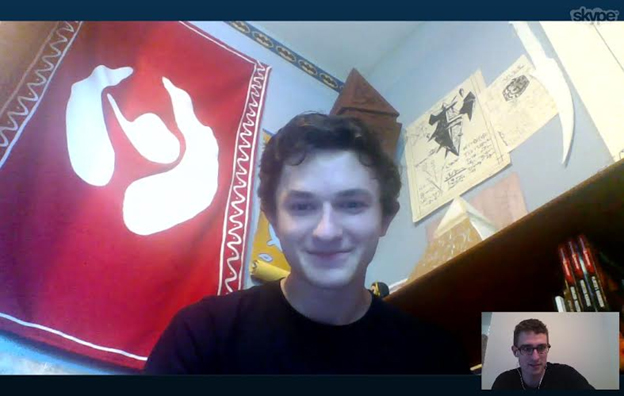 In case you cannot already tell by my obvious expression, let me reiterate for you: I was blown away by the collection of Magic-themed artifacts decorating the walls behind Cary. 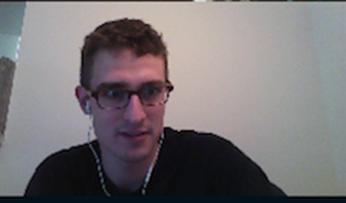 Going into the âinterview,â I had drafted a few questions to ask Cary in order to âbreak the iceâ so to speak: things like, âHow long have you been playing Magic?â and, âWhatâs your favorite plane of existence?â Now, while it would definitely be interesting to tell you all that Cary started in Scars of Mirrodin or that his favorite plane is Zendikar, I instead opted to skip over all those run-of-the-mill questions and immediately demand he explain to me in detail what was collected behind him, how he made it, and why. 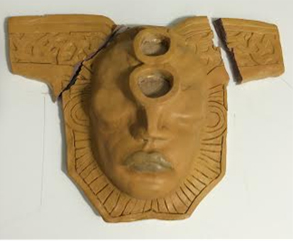 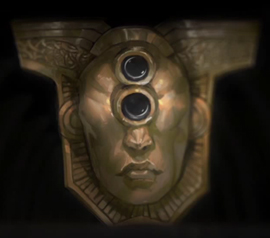 The first item Cary ever made was an attempt on Elspethâs death mask crafted out of air-dry clay. For Cary, this is initial piece would break and be considered a failure (if you ask me, the details he was able to capture were a complete success) and would spark his desire to create real-life equivalents of Magic relics. 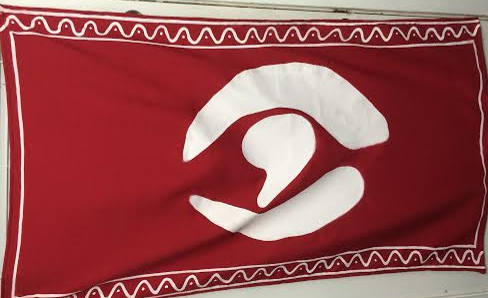 The Jeskai banner adorning his wall was the next major project for Cary, inspired by card art revealed prior to Khans of Tarkir block. From the success of his banner, Cary realized that he enjoyed creating pieces that were inspired by actual Magic card and comic art. To date, he has created replicas of sketches seen on a cryptologistâs wall, Chandraâs scroll, the Amulet of Quoz, foam recreations of Zendikarâs hedrons, and a detailed map of Zendikar itself. 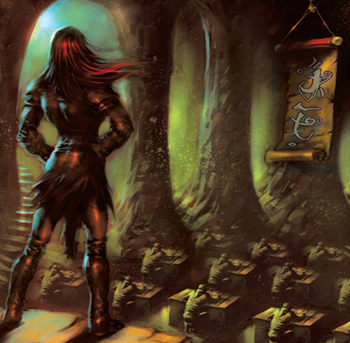 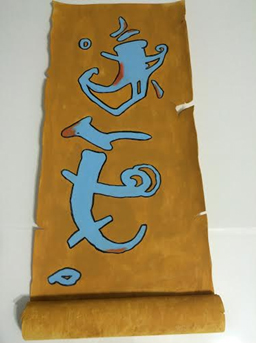 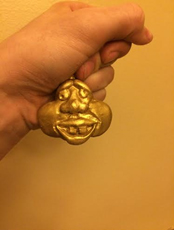 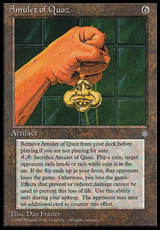 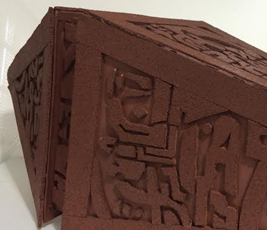 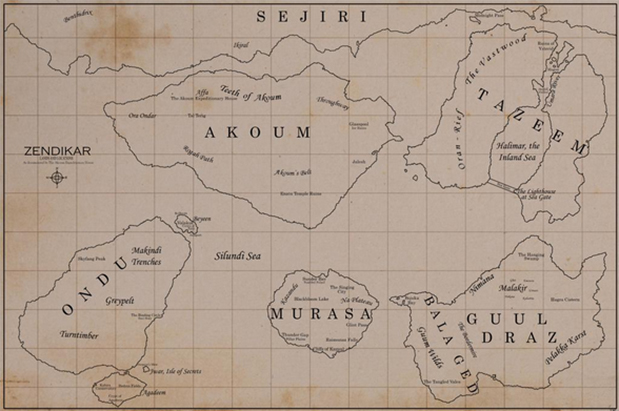 You would think that, after a while, Cary would feel burnt out from all of these creative endeavors, and at the very least, he would quickly run out of space to display them all. While Cary did mention his room is starting to feel a little cluttered, he expressed no reduced desire to continuously create real-world recreations of Magic artifacts. He revealed to me that his current projects involve the Karn blueprints seen on the wall in Stroke of Genius and a recreation of Chris Rahnâs Sword of Light and Shadow for donation to Mike Linnemann for his annual charity event. 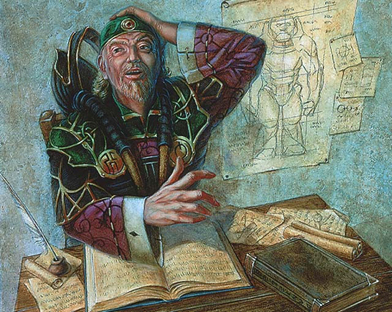 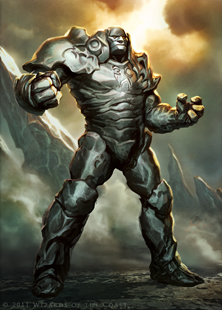 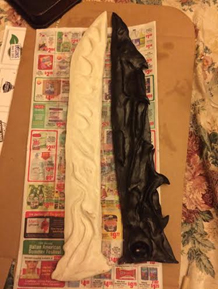 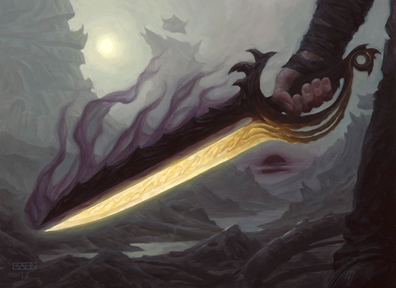 An Oracle at Work

In creating artifacts pictured in Magicâs art, Cary is serving as an oracle for the Vorthos community. His creations serve as a means to creating a way for fans to imagine what it would be like to interact with their favorite cards in real life. By bridging that gap between reality and fantasy, Cary is creating ways for players to experience a level of immersion deeper than can be experienced through the cards alone. When I first saw Cary sitting in front of his literal wall of creations, I was in awe. To me, he looked like Magicâs version of Indiana Jones, a learned anthropologist surrounded by artifacts from across the Multiverse.

Cary is constantly contributing something to the Vorthos community. Whether it be through his insights on Twitter, through postings of his latest creations on Tumblr, or through keeping the conversation going by providing comments on various Vorthos articles and topics, Cary is always adding something positive to the Vorthos community, and that is why I thought he deserved a little time in the spotlight.

I think that this vein of Vorthos is something that has a ton of potential but has yet to be fully mined by the creative and ambitious members of our community. Card alterists are commissioned every day to paint alterations on Commander staples and Cube all-stars. What if there were artists taking commissions for Magic-inspired artifacts to use as desk decorations? What if you could visit an Etsy page and pick up a hedron-shaped deck box or a poster that looked like Chandraâs scroll for your wall? What if you could purchase a dice bag that looked exactly like Druidic Satchel from a leatherworker in the community? 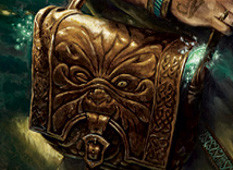 What if you could pick up a foam version of Urzaâs staff, Sorinâs sword, or Ajaniâs axe? There are a ton of talented people in our community, and I would honestly be more shocked if we couldnât find someone capable of creating these items. The question is, What is the demand?

The Vorthos community is seeing a surge as of late. Costumes are being crafted, original art is being sold, and story discussions are constant. We have finally moved away from the salty continuity grumblers of ages past, as a new age of Vorthos has been ushered into the light. Looking at the various things Cary is able to accomplishâand how excited he is to share those creations with the communityâmakes me proud to call myself a Vorthos.

Do you have any Vorthos creations of your own that you would like to share with the Vorthos community? Let me know in an e-mail or a tweet!