The day greets you only as amazing winter days can: clear and crisp. Once you lumber out from under your blankets, you realize that the air also carries a tinge of warmthâsomething unexpected. Tired of remaining within the monasteryâs walls, you decide to take advantage of the day and head out soon after a light breakfast.

It has been a while since your last trek into the surrounding hills. Instead of exploring a new area, you decide to meander through the places youâve been. A small meadow hidden in a shallow valley provides a glimpse of a stag before it catches your scent. Without the lithe beast, a pretty scene is not enough to keep you still for long. An oakâas old as the stones around itâprotects tiny patches of snow with its enormous trunk. Too cold in its giant shadow, you keep moving.

You stop by a round pool no bigger than your meager room. Thin pieces of ice float on the surfaceâa reminder of recent temperatures. You take a sip of water, knowing it will chill you, but proceed for lack of anything better to do while you wait. You take in your surroundings. You patiently hum a tune that has been in your head. You get up to leave. It is then she makes her appearance.

Her voice, and the ensuing laugh, reminds you of wind chimes in a gentle breeze.

Youâve come for a story, havenât you? Iâm glad. It gets lonely out here in winter. Many woodland creatures hide when the snow begins to fall.

Am I cold? No, I do not feel it like you do. Though I am aware it exists.

Slightly perplexed by Kyriâs speech, you do your best to avoid letting it show on your face. You partially succeed, staring at her wings beating soundlessly.

Many humans find my wings beautiful. It is a danger on some planes, but this is not related to my story. Sit, and I will fulfill your quest.

Each beat seems much too slow to keep her aloft. You work hard to focus your mind on her words as she begins to speak.

The Nekoru, what you might call cat-dragons, are a race of strange creatures. They have the bodies of domesticated cats but are the size of lions or tigers. They also have dragon wings on their bodies that grant them the ability to fly, though in a much different manner than I. They are sometimes mistaken for baby dragons at a distance, but rarely do they linger in any place populated with humans. Even on Dominaria, the Nekoru and I are considered different and do our best to avoid your kind.

The Nekoru exist in two areas of the supercontinent Jamuraa now, but that was before the Divide. Many years ago, all Nekoru lived together near the northwestern corner of Jamuraa. Though they kept close to one another, kittens were often sent out on their own to learn and grow in the world. Eventually, they would find their way back to the clowder and become a part of the family again.

One such kitten was named Wasitora. She grew up wild, as many of the wandering Nekoru did, and made a life for herself in the jungle. She lived happily, clueless to the existence of other members of her race, until a day soon after she reached adulthood. The Nekoruâs yearly mating ritual found Wasitora by pure accident. It did not take her long to join in, and when it had ended, she found herself queen of her race.

Wasitora mated with the male champion after the ritual. She spent time among the clowder learning their customs and habits, but she found it difficult to fit in. She refused to adapt. Wasitora had enjoyed her previous way of life, and she did not wish to leave it behind. Instead of joining the Nekoru as they made their way across Jamuraa together, she chose to embark on her own.

That is how the Nekoru became divided and how Wasitora arrived in Madara. The why is much simpler: She liked the fish that were caught there.

A giggle escapes the creature before you. No, not a giggle, but a song masquerading as a laugh.

That is not the end of Wasitoraâs storyâno. She left the rest of her kind behind because she wished to live wild. Wasitora felt that the idea of rules and ritual were for humansâ.â.â.âbut not for her. She left to settle near Sekana and terrorize the local towns in search of fish. 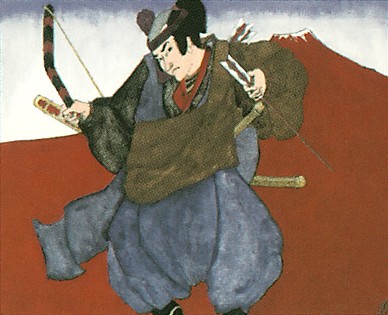 The more Wasitora learned about the humans in Sekana, the bolder she became. She was a local legend. She left many in fear, and she eventually attracted the notice of Madaraâs imperial champion, Tetsuo Umezawa. And so he came to put an end to her transgressions.

Their battle never finished, interrupted by an elder land wurm. When the wurm was defeated, Tetsuo held a better understanding of Wasitora. Instead of renewing their struggle, he thought of a solution that would satisfy them both. He appointed her guardian of Sekana, to be paid in fish. Wasitora lived freely after that, though she still enjoyed causing mischief.

After settling in Madara permanently, Wasitora had kittens. Five survived childhood, and she set about teaching them to be as wild and free as their mother. They helped Tetsuo in his revolt against Nicol Bolas, and they grew even more daring. When the Madara Empire collapsed, Wasitora and her kittens were more than happy to extend their territory. Now she and her grown kittens control the area once called the Madara Empire. And as for the humans who lived there? Why, theyâre now servants to the Nekoru.

The next laugh is just as beautiful and pure as her previous laughs, but you canât help feeling unsettled by the end of the story. Not wanting to seem rude, you thank Kyri for her story before heading back to the monastery.