War of the Spark: Forsaken was the worst Magic novel of all time.

It was not the worst in terms of reader reviews or even the lowest quality story necessarily, but both of those are dwarfed by the overwhelmingly negative impact it had on the story community and reputation of Magic fiction.

In that sense, it was the perfect capstone to a year-long effort which gutted the fiction, its fans, and the wider community of all enthusiasm for the story. They had succeeded in publishing two physical Magic novels, people had purchased the books (the narrative director even gave a queerbaiting answer at a panel to help ensure that), and they secured a Netflix deal. It matters little how abysmal Forsaken itself was, the unsavory coverage from press outlets, that Weisman attempted to apologize for it, that Wizards attempted to apologize for it, or that the Theros: Beyond Death story was cancelled as a result.

The franchise team had clearly achieved their goal.

"Ultimately, we'd like Magic to have the same high quality reputation for fiction as we do for art."

Picking Up the Pieces

The pendulum has swung back to popular territory but with nowhere near the momentum it had three years ago. Even now with Zendikar Rising successfully backpedaling us to weekly web fiction, the collective hesitation remains while elements of the New Era's success yearn to be recaptured.

What needs to be properly acknowledged is that a good deal of the groundwork and community building during the New Era was directly facilitated by the authors themselves. Actively responding to questions online, reading comment threads, and being conscious of the community pulse saddled them with "story community manager" in addition to their individual titles. While many fans wish for this level of access to return along with the magnetic personalities, it was a large personal investment made by individual employees.

Similarly, the transparency and communication that came with the New Era approach was absolutely a contributing factor for its success. With the change in regime as of Dominaria came a curtain which has yet to be seriously drawn back, even in light of concerns over decidedly lacking validation processes. The most invested story fans have no idea who all is involved in the web fiction beyond the byline, and set credits alone cannot paint the complete picture. Magic's story does not have a good reputation - let alone a consistently positive one - meaning that each opaque divide only serves to justify weariness and disinterest.

The icing on this whole approach was the contagious passion and shared audience. It fostered an environment where content creation focused on the more creative elements of Magic could flourish like never before. Plentiful weekly story articles meant that the audience continued to read, listen, or watch along with you. When the story thrived, we reached a point where even non-story creators were highlighting their favorite episodes as they were released.

But it's impossible to recapture that peak, no?

The truth is that a good number of story creators left in response to Forsaken and will not return. Many of the names have moved on or away from Magic story altogether. With no direction confidently outlined and issues unresolved, there's no reason to delve into the lore over any other aspect of the game. If there's hope for rekindling Magic's story, it's going to require a significant amount of work from the inside. 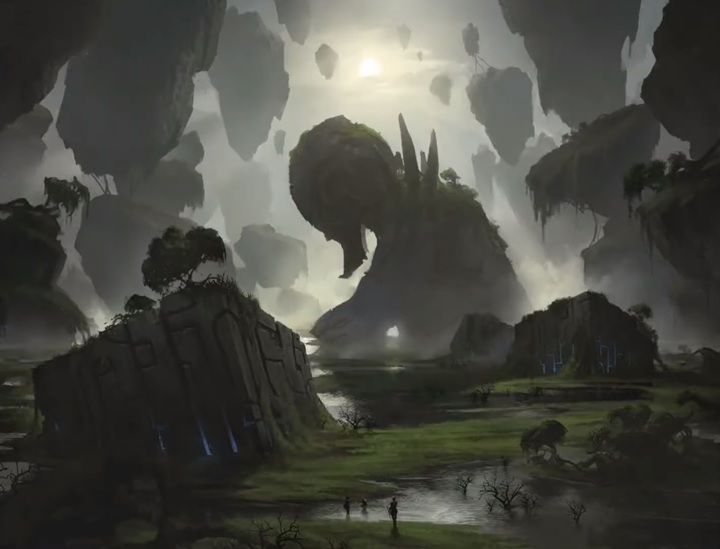 Breathing new life into the story community is dependent on whether Wizards wants to simply release Magic fiction as their weekly chore or actually grow Magic's story into a normal-size fandom. Forsaken made sure that the latter would be an uphill battle. Reestablishing the trust and enthusiasm needed is going to require more resources and commitments than ever before.

Wizards put out a call for BIPOC authors to apply, however these commitments have remained exclusively freelance. While not one-to-one, the work treads woefully close to the contractorship impasse highlighted in Zaiem Beg's account from June - the same one which originally prompted this call.

Let's be clear: Magic has had full-time employees as in-house authors for the final published Magic fiction before, though rarely if ever in wholly dedicated "author" positions. That said, the decision is not simply whether to start hiring full-time authors or offer a greater number of BIPOC authors the opportunity to write freelance Magic fiction. When there are twenty-odd years of lost opportunities to make up for and more than enough space for additional Magic stories to be published, it should be both.

On a different troubling axis, we have the entirely unspecified new vetting process promised by Jeremy Jarvis in the wake of the representational failures of Forsaken.

"The blowback from Forsaken illuminated that we needed a better validation strategy not only for issues of representation, but for narrative content in general; so, we made the hard call to delay Theros Beyond Death fiction until we could create a new vetting process. That unfortunately meant that we would miss our intended release window."

With absolutely zero details of the process itself or further updates on it in the almost year since, at best Jarvis's statement weakly replaces the previously unspoken understanding that they would try to write decent Magic stories. At worst, the vetting process inherits the same reluctant and dismissive attitude which caused him to label justified criticism of Forsaken's biphobia as mere "blowback."

If designers and developers can look back on their past work critically to communicate with players and alleviate concerns, the story team needs to as well. Communication on these issues up to now has been slow, non-specific, and rarely reassuring as one-time statements.

Behind too many failed Magic story products, there is a lone tweet or article announcing its release.

Magic Story and any associated story products being published need to be advertised multiple times in a variety of places. The main website, social media, and Arena need to frequently remind people that the story both exists and is free to read again. People should meme about how often the story is being plugged and over-advertised across their platforms. That may sound like a joke, but at the very least it would show everyone that Wizards wants this era of story to grow in popularity and succeed.

Accountability aside, there are countless questions that remain unanswered about the future of Magic Story past Zendikar Rising. Web fiction may be the plan for now, but ebooks were the plan as of this time last year. What direction is Magic Story heading in and what types of products can fans expect stories for? Can we expect any other expressions like comics, novels, or even Arena to be attempted again and what is being done differently the next time?

On a content note, the rapid rate of Magic product releases mean that community focus shifts even faster than it did three years ago. Being able to schedule around and promote the web fiction in advance helps story-focused creators build interest. It's an absurdly small detail but it makes a world of difference to people who want to regularly cover the episodes as they're released.

And ultimately if the renewed story communication is too much for one feed, then just like MTGO, MTG Arena, or Secret Lair there needs to be a dedicated Magic Story social media account. This would be the place to share links to stories, announcements, schedules, teasers, Q&A's, and any other updates. If Zendikar Rising is genuinely the start of a new, better era in Magic Story, now is the time to double-down on communication with story fans to prove that.

Maybe Magic's story can just survive like this forever, seen by most as a relative afterthought that never regains the momentum and excitement it once had. Being able to restore faith in the story and build up a fandom truly excited to read and share it is a hard ask. All we can do is hope that Wizards is up to the challenge again.