I have fallen in love with Commander. I have formed a weekly Commander group (which even required cajoling and kidnapping a friend from work and teaching him Magic just so he could play Commander with me), and in four short months of playing, I now have this many Commander Decks: Angelâs Gisela, Angelâs Superfriends, Angelâs Kemba, and Kaalia, Killer Angel. At this rate, Iâm going to need Wizards of the Coast to subsidize me my habits for mercy. The addiction is real, people. Here is a little look at our weekly Commander shenanigans: 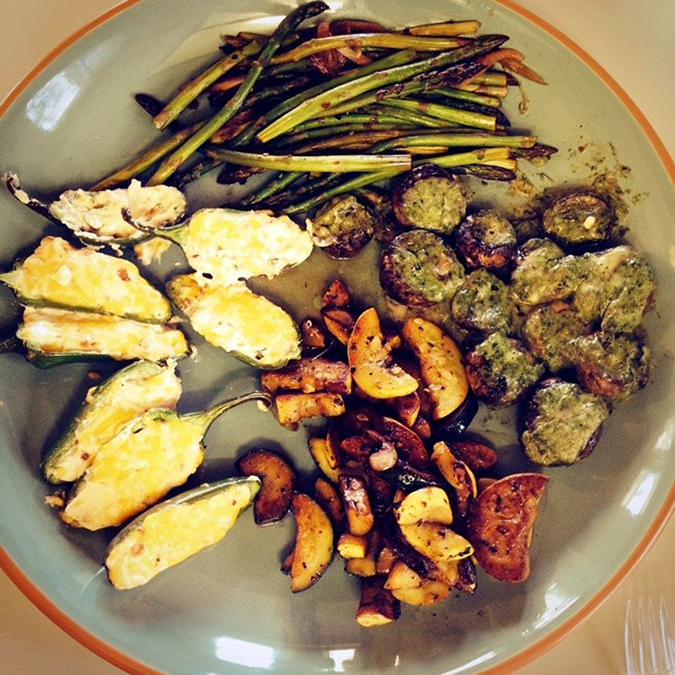 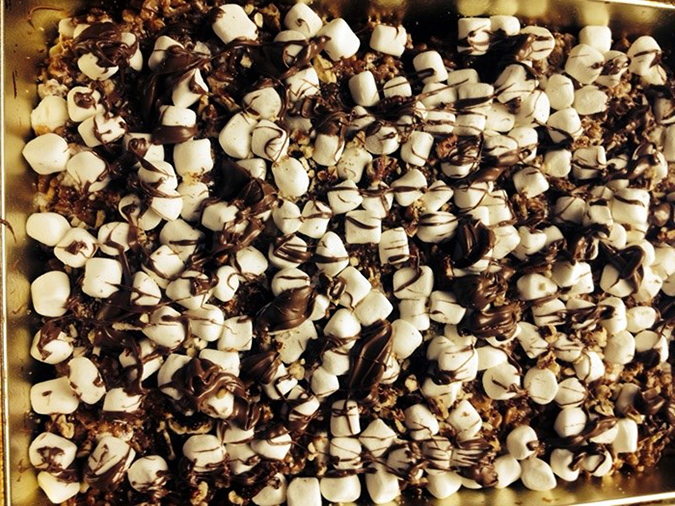 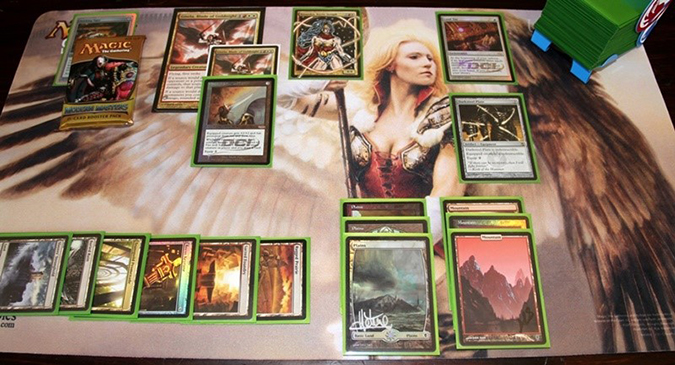 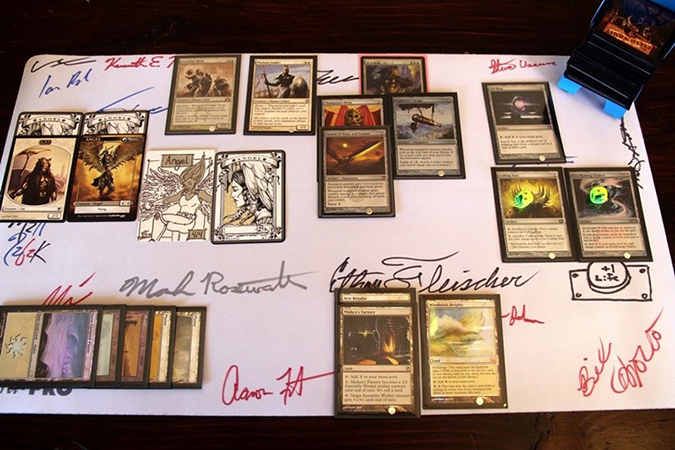 Every week, I take to Twitter to use and abuse my friends and followers with questions about rules and interactions. My Twitter peeps are the actual awesome. They put up with my durdle questions week after week and keep coming back for more. This got me thinkingâ.â.â.âI need to build a Commander deck in honor of all my amazing Twitter buds, and I need to do it with their help. I knew without a doubt my colors and commander would be from my clan of Jeskai. 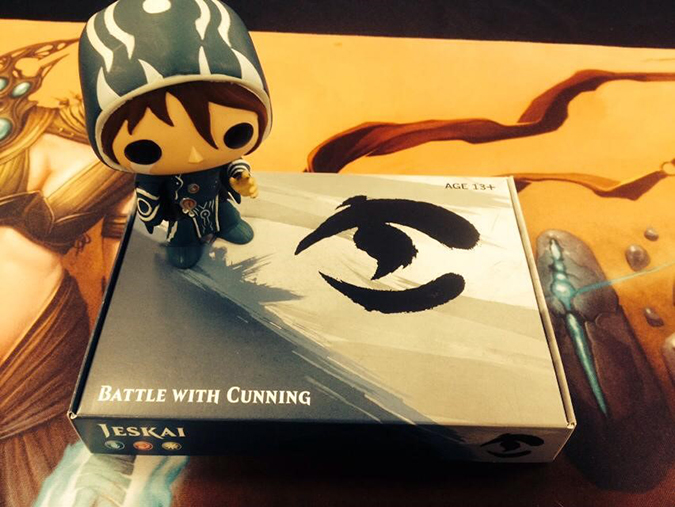 So, with that determined, there was only real choice: Narset, Enlightened Master. 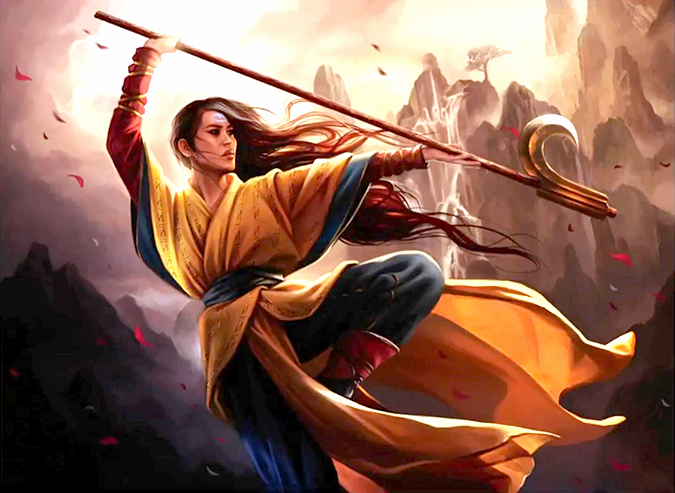 I started with a base list of about fifteen cards I knew would be must-haves, such as Sol Ring, fetch lands, and so on. Then, I took to Twitter and asked people if they wanted to help me build a snowman! I offered no real guidance other than that we would be building a Narset, Enlightened Master deck. What follows is a depiction of real-life Twitter deck-building as it happened by people touched by Magic.

@Revisedangel Is this a commander deck? If so, onesies of Ponder, Brainstorm, Taigam of Seeing, and Pre-Ordain are good.

@Revisedangel When you get Narset going, I don't think there will be trouble winning. Also, Mystical Tutor allows you to Narset any ins/sorc

The suggestions and messages were rolling in, and I was adding cards to the list as fast as my little fingers could type. Then came this mini-conversation:

@Alexckszeto @Revisedangel I recommend against the extra turns. For competition fine, but in casual it makes players check out of the game.

This got me thinking. My hope is to have this deck and Kaalia of the Vast completely built and foiled (I like shiny things, and I wonât apologize for it; you canât make me) by the time Grand Prix Las Vegas rolls around this Summer. I know. It hasnât been âofficiallyâ announced yet, but we are on to you, Wizards. You canât fool me! I want to play my Jeskai, badass lady against all my Twitter buddies who helped me build it and against members of the community I am able to meet at the Grand Prix. I hope to even have them sign all the lands in the deck. With that in mind, I decided the listâs plan was shaping up to be: Roll into turn three, take infinite turns, win the game. As I am a Vintage player, that makes my heart want to sing, âLET IT GO,â at the top of my lungs, butâ.â.â.âmaybe itâs not the best idea to put the whole community on tilt the first time I meet most of them. So I tagged some Commander pros (including our very own 75% @JasonEALT) to help me clean it up and dial it back bit.

@Revisedangel Snapcaster especially could enable fun that would be stupid-fresh.

@Revisedangel saw the series of tweets with @Dr_Jeebus and that could be fun to try mirror of fate. Overall Narset screams combo

The big guns came in and helped fine-tune it a little and weed out some of the more broken OMG-I-QUIT-YOU Commander cards. So all that remained was the most important question when building any Commander deck:

Ok now it is time to pick the Angel we should add to Narset. Cause of course we are having one Angel. Who should she be? #cmdr

@Revisedangel Basandra seems like she would be good with Narset as well.

@Revisedangel Aurelia is my favorite and she fits nicely here

So it came to be that Narset, Enlightened Master added three Angels to the list. Hey, donât blame me. Iâm not in charge here. Iâm just the Keeper of the Tweets. This was all your idea. You tweets the tweets.

After an entire morning of debating and discussing, we came to draft a list we all felt pretty good about.

@Revisedangel @jacklacroix Looks pretty sweet. I might build my own Narset, but with Guile and Dovescape just to be the worst person.

@Revisedangel That deck is looking real sweet. A lot of awesome card choices I wouldn't have thought of. Might need to make my own

I would love to hear your thoughts and suggestions in the commentsâor feel free to tweet at me. If you are at Grand Prix Las Vegas (and you should be if you love life, fun, or Magic), hit me up for a Commander game, and maybe Iâll be able to sling Narset, Enlightened Master against you. Clan Jeskai for life!

Do You Want to Build a Snowman? ? Commander | Heather Lafferty and Her Twitter Followers