Ravnica is clearly Magicâs most modern setting. Its urban topography enables dense, multicultural dynamics that medievalism lacks, charging it with dramas that more closely image ours. Whereas Innistrad was grim and sparse, fighting for civilization, Ravnica weighs down with unassailable mass, infinitely established as though its sewers were its soil. We feel New York in this as well as Shanghaiâevery grand metropolis whose presence hollers permanence. If this is modernityâs most flawed assumption, Ravnica makes it, too.

Throughout this, I canât help but see reflections of American society: stylized corollaries of culturalâpolitical forces. âThe guilds resonate,â as my blog-mate Natasha Lewis Harrington showed the other week, and do so perhaps on several scales. They express the personalities of individuals, but also those of our institutionsâof our government and media and reigning trends of thought. Their feud, with equal pomp and circumstance, echoes our daily news.

Over the next series of articles, Iâll parse out those connections a few guilds at a time. Bear in mind that I donât speak for Wizards of the Coast or GatheringMagic on the politics involvedâthese stances are mine. 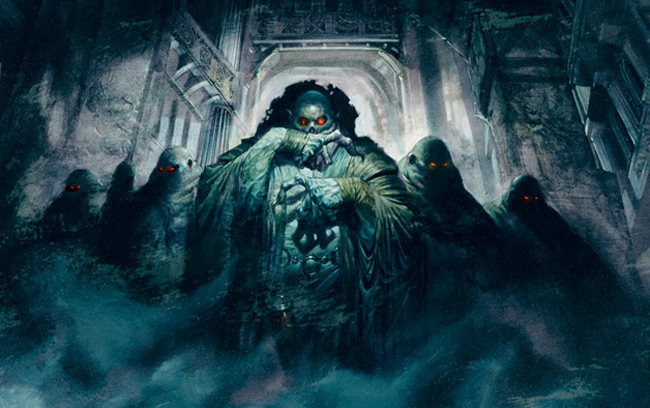 âYour life serves a higher purpose now: ensuring the continuation of my own.â

How about a free credit card?

At the heart of our financial crisis is a culture of greedâthe adoration of capital as worth. This outlook is deep in our makeup: Industrial tycoons like Carnegie and Ford are heroes in American mythology, the fable of their wealth so essential to our narrative. We can be like they are if we work hard.

Recent years, however, sobered that enthusiasm with serial white-collar crime. It isnât that income inequality is suddenly more offensive, but that itâs widening now via theft. Those with purchasing power are increasing it at the direct expense of those without. If you think words like âplutocracyâ are hippie-esque alarmism, you havenât been reading the stats.

We see our Orzhov: literal councils of shadow-bankers extorting the countryâs wealth. They convene in lavish glass buildings to mastermind predatory loans, subjugating customers to profit from their failures. Everyoneâs a commodityâespecially those in debt.

Just as the Orzhov need order for control, financial institutions purchase sympathetic legal environments. This, along with their nebulous corporate structures, gives them a ghost-like invulnerability, a threatening immediacy that nobody can touch. How do you prosecute someone through a system he or she controls? The spirit of the law means nothing when criminals run the court.

That brings us to our next guild. 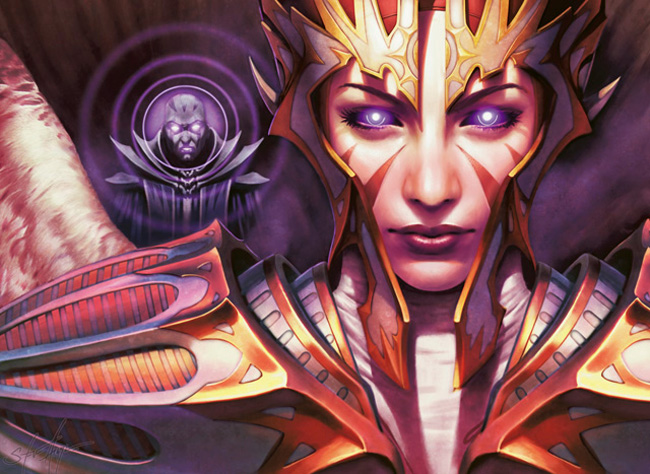 I understand why lobbying is a thing: Politicians canât know every nuance their constituents face, so interest groups communicate. A lot of it is totally innocuous. When wealth overrides popular opinion, however, lobbying degrades democracyâitâs the means by which private interest usurps public direction.

The U.S. Chamber of Commerce spends more money than any other lobbying group in the country, campaigning against such popular initiatives as alternative energy investment and financial regulation. They do this, most importantly, without disclosing their donors. When legislation proposes that such identification be mandatory, as did the Disclose Act in 2010, the Chamber accuses Congress of inhibiting free speech. âDiscriminating against America's job creators will corrupt our democracy,â the Chamber asserted, reminding us with near-Shakespearean irony that âAmerica was founded on fairness and equality, not censorship and political expediency.â The billâs defeat kept election contributions obscure.

Americaâs House Dimir is the invisibility of political process, the deliberate obfuscation of who gave what and why. Itâs the secrecy that lets false narratives take root, framing conversation in manufactured terms. Itâs the Kochtopus, Bradley Manningâs imprisonment, the script writing for Fox. 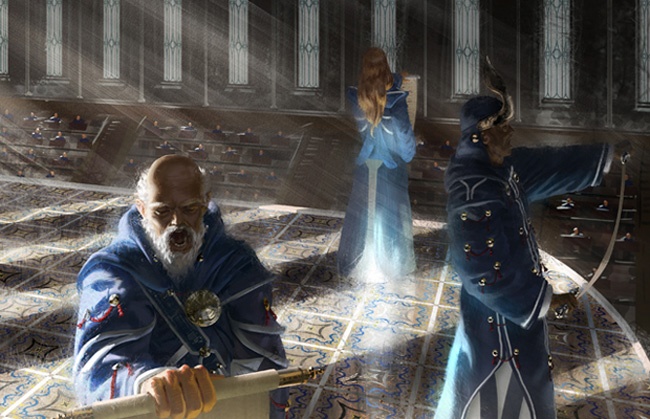 This is what the Orzhov bought.

Health care reform swallowed half of Barack Obamaâs presidency. Repeated Democratic majorities flounder while critical problems worsen. We see a lot of posturingâa lot of overblown appeals to the good of the American peopleâbut Congress detains itself rather than actually progress.

The purchase is incomplete: Back-alley financing didnât get there for Romney, and some Democratic senators have teeth. Republican protection of commerce has been so thorough, however, that the legislative process froze. Bills that would thin corporate marginsâor even just come from a Democratâstall and then dissolve, regardless of popular support. I wouldnât call Congress a shill, but it might be the next step up: rendered effectively inert. 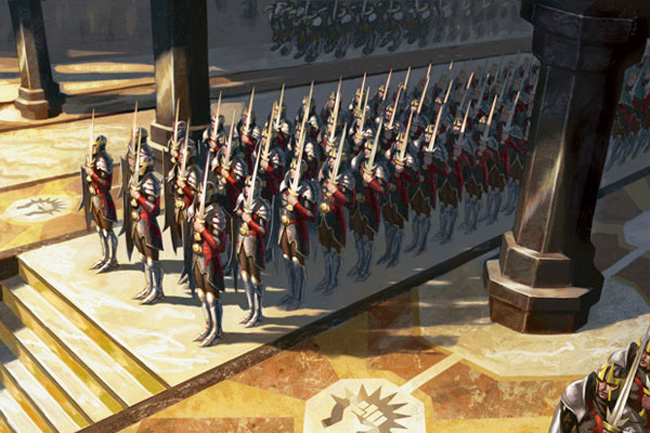 Assemble the Legion by Eric Deschamps

âThe flaming fist of Boros holds the promise of both protection and destruction in its grasp.â

Seriously? Youâre just sniping people?Behind the crisis, thereâs actually plenty of moneyâitâs just with our priorities. The end of Bushâs wars concluded a decade of military drama (though funding has yet to adjust), which we as a culture played out. When three thousand people died on television, the vitriol that followed got away from us.

It began as virtue: America clenched its fist and swung hard at the Middle East, blazing through Afghanistan to war trumpets back home. We had a coalition then (can you imagine?), a near-worldwide assembly of military support. Justice was on our side.

Then, Bin Laden slipped away at Tora Bora, denying us closure, and nobody was ready to stop. The Commander in Chief pointed elsewhere: âIraq has warheadsâ.â.â.âor somethingâget back in the boat.â Critics were shamed as unpatriotic, hate crimes continued, and xenophobic statutes empowered government surveillance. We still live under that extension, that cannibal, unilateral freedom.

Like Boros aggression in Ravnica, our boot prints in the desert perpetuate their own need. What cause would the gateless have without patrols in their neighborhoods? Likewise, our drones do our enemiesâ recruiting, teaching our violence firsthand. The teenage survivor of a bombing doesnât need al-Qaedaâs help.

As Aurelia probably knows, belligerent warfare creates its own excuse.

Thatâs it for Part I.

Next up, we look at Izzet, Selesnya, and Simicâthe engines of American life.