Dedicated readers of this column tell me all the time that there is at least one person Iâve covered in this series that they had never heard of. A lot of these end up as gentle reminders to follow people you know you should be following already but whom you just havenât come across in a comment chain or in the sidebar on Twitterâwhich they also call âWho to Followâ (theyâll be hearing from my lawyers), which is cool. If my humble article can give the Adrian Sullivans or Darwin Kastles of the world a noticeable bump, Iâll consider it a job well done.

However, I want to really focus on that rare instance when I help you discover someone you love following and wouldnât have found otherwise. I try to include a healthy mix of people my readers are likely to know already and of people my readers are not quite as likely to know already. Occasionally, I will really get a sense that I was âaheadâ of something big. In my dealings with MTG finance, being âaheadâ of a card means you buy in cheap before it goes upâyour gamble paid off. Being âaheadâ of a person in the Magic world is a little less tangible.

I made the case for someone in a Who to Follow installment about Midwest grinders, and since that article ran here on GatheringMagic, two of those profiledâJeff Hoogland and Ray Perezâhave both started writing articles for an obscure website. While Jeff has had a very impressive string of successful finishes on the StarCityGames Open circuit and Pro Tour Qualifier circuit, it is Ray Perez I want to focus on this week. When he was profiled, he had just won a PTQ and was currently seventh in the world in Planeswalker Points. Did you follow him when this article first ran? I hope you did because Ray has been very busy lately. 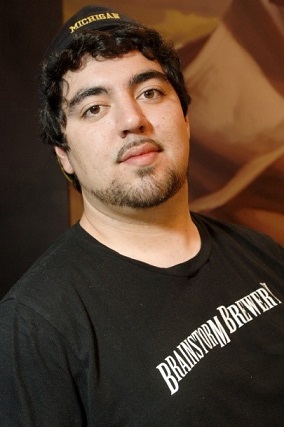 Where You Know Him From: Last time

I know Ray wonât mind me including his Facebook (not something I always do) because he was trying to get some of the Pro Players he met in Dublin to friend him on Facebook, and he couldnât find himself! There are clearly too many Ray Perezes. Thereâs only one Ray Future Pro, though, a name he may have to change now that his non-sane eleventh-place finish at Pro Tour Dublin has qualified him for Valencia and rocketed him to renown. Ray was the toast of the tournament, turning a lot of heads with his performance that was, frankly, a little insane for a first-timer. Ray managed to not be intimidated by the high-profile players he was paired up with and managed a perfect 6â0 in the Limited portion. Brian David-Marshall caught up with Ray and featured him in an in-depth write-up on DailyMTG that you should really take some time to read. I caught up with Ray this week, and we had a little chat.

What was it like being interviewed by BDM for DailyMTG?

It was one of the highest accomplishments I have to date. Certainly felt surreal knowing you made it to the Mothership, where so many people will see the coverage. I am going to make sure that wasnât the first and last time I get to appear there.

I plan to attend the StarCityGames Invitational this coming weekend as well as the TCGplayer Championship the following weekend. Also plan to hit up Grand Prix DC and Grand Prix Toronto to finish the year.

I really like Esper in Standard. Was a huge advocate of the deck last season and think it has all the tools needed to win every weekend with the right tuning. The devotion decks all seem pretty cool, but I don't think they all could have that much staying power for long. Once people know their tricks and the surprise factor wears off, the decks lose a lot of their edges.

Who are some other Midwest grinders people should keep an eye on?

Adam Jansen is an old-school pro who is back with a vengeance. Only a matter of time before his name is back to a usual occurrence. Alexander John is a Michigan player whom many still do not know about. He is quite consistent with his performances at GPs and PTs. Soon, he will break out in another tournament, and people will know more about him. Dan Musser is another good person to keep on the lookout for. He is another consistent player who is just waiting to burst onto the scene.

Got any advice for aspiring grinders?

Stick through all tournaments. Tilt is a thing all players must learn how to defeat. So many times, I see newer players lose a few then drop and never look back. They are failing to see what caused them to lose in the first place. That brings me to my second part. Play a lot if possible. Itâs hard to be a grinder without putting in the legwork. You need to make sure you have time to devote, as time is the only thing that will help your game the most. Advice, articles, and videos only go so far. Until you become better, chances are you need to make the mistakes and learn from them first. No one is perfect, but trying to analyze your misplays for a better line will do wonders. Playtest well, and playtest often. If many people aren't around locally, it may be in your best interest to look at grinding Magic Online.

Where can we reach you?

What do you want people to call you now that youâre technically pro?

Ray Future Pro. I am going to keep that name even if Iâm in the Hall of Fame.

Humble to a fault, Ray isnât resting on his laurels. He is planning to keep grinding every event he can to stay sharp for Valencia. Winning that PTQ was a beginning for Ray, and he is going to do whatever he can to maintain his level of excellence.

What Iâll say about Ray on a personal note is that his story resonates with so many people because his story is the American dream. Ray achieved all of his success by grinding harder than anyone else I know. He didnât pick up the game more quickly than anyone elseâhe wasnât a young prodigy like Ari Lax or Kyle Boggemes. Ray was just another guy from the local game store as recently as a few years agoâsomeone whom we could count on to fill a car seat on the way to an event.

Ray was in our car when we attended Grand Prix Toronto in 2010. Every aspect of that trip seemed exciting to Rayâleaving the country to play Magic, exchanging money, being able to buy a beer legally due to the drinking age in Canada being two years lowerâ.â.â.âall of it. It wasnât the first event heâd traveled with us to, but it seemed that something about our lifestyle that allowed us to travel to another country and play this game really seemed to resonate with Ray. Long after the rest of us retired to the room to stuff trade binders and jam a few more practice Sealed pools, Ray headed down to the hotel bar. When he came back hours later, he was incredibly amped up. The hotel bar area had been full of judges, pro players, and other grinders, and Ray got to buy his first legal beer in the company of people in the community. While I rolled my eyes that Ray was super-jazzed that he was allowed the privilege of paying $5 Canadian for a Miller Lite, I think I will always regret not joining him in the bar. Something happened that weekend that changed Ray, and I wish Iâd been there to see what it was. When we got back, he seemed to rededicate himself to the game, and ever since that weekend, I really felt that itâd been less a question of âifâ and more a question of âwhen.â

I hope Rayâs story resonates with you, and if you feel youâre not quite getting there and are growing frustrated, I wanted to share this with you to let you know that this game is one where whoever works the hardest still matters. Ray is living proof that anything is possible.