This has been a pretty big week as far as Magical cards go. We had announcements regarding Dragonâs Maze and âFriends,â âRomans,â and âCountrymenââwhich are now known to be called Theros, Born of the Gods, and Journey into Nyxâat PAX East this year as well as some Magic 2014 spoilers.

Another important announcement this week concerned a friend of this column and someone I recommended you follow a few weeks back. If you did decide to follow Christine Sprankle, you may have seen a few cryptic tweets and Facebook posts that ultimately led to her posting a few exciting announcements on Tumblr. Mark Purvis, Senior Brand Manager for Wizards of the Coast, contacted her with an exciting offer. She was able to effectively help Wizards spoil both Teysa, Envoy of Ghosts of Orzhov and Emmara Tandris of Selesnya. She was given advanced warning so she could have her costumes ready (all of which explains earlier cryptic tweets about not having enough time to finish her Brainstorm costume by Gen Con), and she did a remarkable job of remaining tight-lipped until she was allowed to announce. If you didnât decide to follow Christine back when my article about her first ran, I hope you will now. Wizards is doing a phenomenal job integrating the community into the game, and keeping an eye on a key face of the community is a good way to catch these exciting announcements firsthand.

There was one other announcement this week that I think affects all of us. This will affect the future of GatheringMagic as well as DailyMTG, but I think all of the changes will be ultimately seen as positive ones. I think itâs time to introduce you to a few more members of the GatheringMagic team to properly frame the announcement of a new article series focusing on Commander. Who better to take the helm of such a column? None other than Gathering Magicâs taskmaster extraordinaire Adam Styborskiâsomeone I can say without a trace of hyperbole may possibly be the hardest-working man in Magic. 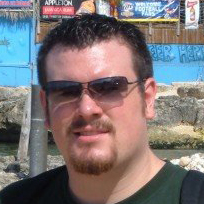 Where You Know Him From: Serious Fun on DailyMTG, editor of this site

You miss a lot of important stuff if you donât follow people like Adam Styborski. Actually, a better way to phrase that is, âYou catch a lot of important stuff if you do,â because if you miss stuff, how would you even know what you missed? But if you followed Adam and Trick Jarrett already, you already knew a big announcement was coming. Adam put three years of hard work into the Serious Fun column, and he wrote his final Serious Fun article this week. This is the end of a bit of an era, but itâs also the start of an exciting new one for fans of Commander. If youâre pressed for time, still try to at least make some to read âWhat We Leave Behindââthe article I just linked. Itâs sad yet hopeful all at once, and it left me feeling optimistic about his new column and about the state of content on both this site and DailyMTG.

But even if youâre sad to see Adam go from the column, the column will endure, and heâs leaving it in capable hands. 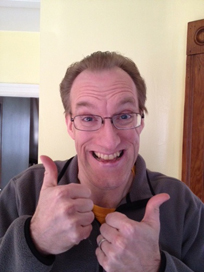 Where You Know Him From: This very site!

Current Title: Soon to be writer of Serious Fun

When heâs not doing lawyer stuff (the technical term for practicing law), Bruce is epitomizing the casual Magic player operating at peak efficiency. âCasualâ does not always mean âunsophisticated,â and Bruce thinks about the game at the same level as competitive pros. Who am I to even introduce this man? You no doubt read his weekly column already. I canât imagine his taking over Serious Fun is at all a tough sell given the quality of work weâve seen him produce. This one is my favorite, but Iâm sure there are myriad (maybe not literally myriad) other articles to choose from, and theyâre all quality. I am confident that the quality of Serious Fun will not lag in the future, and though Bruce has very large shoes to fill, heâs demonstrated himself quite capable, and I look forward to seeing his unique take on what has been a three-year study in how we as Magic players define the word âfun.â

So, I recently decided to change the format of this column a little (I decided to agree with Adam Styborski when he suggested it) and start profiling three community members a week. This is easy enough when there is a theme, but I felt that this weekâs theme should deal with this big announcement, and since Iâve already profiled Christine Sprankle and Trick Jarrett, there wasnât really anyone else I felt was associated with the GatheringMagic announcement. Then it dawned on me: Mark Purvis is actually a badass. 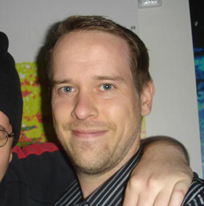 Where You Know Him From: Designing Commander!

Current Title: Senior Brand Manager for Wizards of the Coast

If for no other reason, Mark deserves high fives until he needs surgery on his rotator cuff for reaching out to Christine Sprankle and making the whole cosplayer-spoils-legendary-creatures thing happen.

Mark began his career spending ten years working for Sony before moving on to bigger and better things. Okay, smaller and better things, maybeâMagic is a teensy bit more niche than the entire music recording industry; thatâs fair. But whatâs also fair is saying that Mark lived the dream so many of us have: parlaying his love of Magic and his experience in brand management into a dream job working for Wizards of the Coast. He literally saw a blurb about WotC wanting a brand manager in a 2007 Mark Rosewater article, and the rest is history.

When heâs not next-leveling communityâbrand integration (thatâs probably an actual term), heâs doing some splendid work for the game working on a little project known as the Commander decks series. He was a designer on the project, a project that everyone in the community loves. The financiers love what great value they are, players love how theyâre ready to play right out of the box, Legacy players love that they have access to brand new cards such as Flusterstormâthe Commander decks were a huge hit. In addition to his design work on those projects, he worked as a developer on several recent sets as well as From the Vaults: Dragons and Exiled (yay!) and From the Vaults: Legends (it had a Progenitus I guess).

The whole Christine Sprankle announcement wouldnât have been possible without his work at WotC, and like most Wizards employees, his Twitter stream is rife with great information you wouldnât be able to find elsewhere.

So, there you have it. I made an attempt to have a theme and tie everyone together, and I feel as though no one but me cares if it was successful. Follow these gentlemen, and if you werenât following Christine Sprankle before, I hope you now see the error of your ways.

That does it for me this week! Tune in next week for more indispensible content.