Itâs human nature to seek out new experiences. How else would our species discover new foodstuffs or places to live? Of course, itâs also natural to take comfort in the familiar: berries you know to be eatable and people you can trust. These two drives seem to conflict, but itâs entirely possible to satisfy both; in fact, that ability is a big part of whatâs made Magic so popular. Very rarely do two games play out the same way (so we stay interested), but that doesnât stop you from growing comfortable with a deck after playing it for a long time. These truths are even more evident in Commander, where you can play a deck for years without changing a card, but your deck is all singletons, making games even more varied than usual. Or at least, thatâs the theory.

The issue is that lower-variance decks tend to be more powerful. The more similarly your games play out, the better idea you have of what effects you need and the better card selections you can make. This fact leads people to build Commander decks full of Demonic Tutors or multiple âcopiesâ of cards, such as with Gemhide Sliver and Manaweft Sliver. No individual game is unfunâthey just grow dull, as each one plays out in a similar fashion, and then one day, you wake up to find that you no longer yearn to play your favorite deck. Luckily, these issues are pretty easy to spot once youâre looking for them. 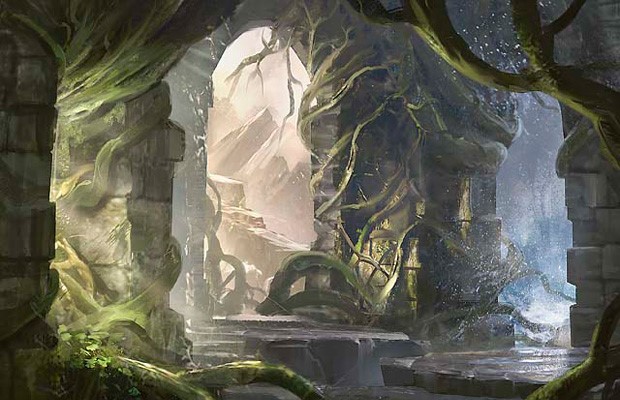 But there are subtler forces at work undermining your access to variance. Sure, Crucible of Worlds seems distinct from Thawing Glaciers, but oftentimes, theyâll end up playing the same role. Your games will have a steady buildup of mana without the potential for stalling on lands or explosive ramping. Itâs all right to have some cards that fill the same roles, but if your deck is filled with such redundancy, the games will unfold unnervingly similarly.

And even without cards that yield the same end results, you can unwittingly cut down on variance. For instance, playing a plethora of creatures with death triggers will inevitably lead you to trade off creatures at every opportunity, even if the triggers vary widely. At this point, it may seem that Iâm condemning the very idea of playing themes, which is odd given that I just wrote about building them a few weeks ago. Iâm not, but realizing how theming can inhibit game-to-game variance is important to being able to balance the scales in other ways. 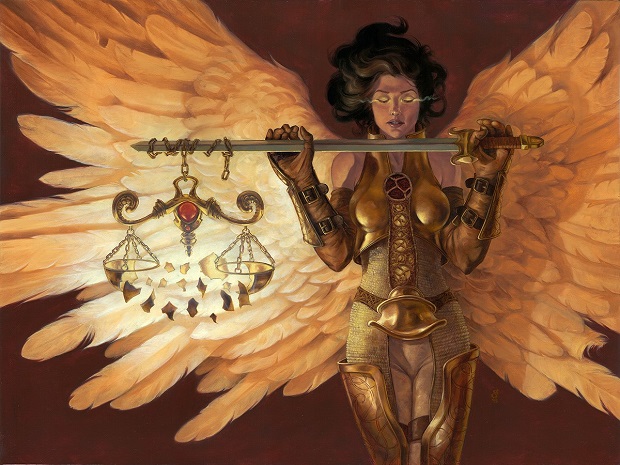 But thatâs just talking about variance from one game to the nextâthemed decks actually help increase variance on a larger scale. Obviously, having more decks to play with will increase variability between games, but adding themed decks to the mix adds a lot more than good-stuff decks would because their game plans are so different from one another. For instance, if you have a normal G/U deck and a normal B/G deck, a lot of the games will play out similarly with card-draw, ramp, and big creatures. But if that G/U deck is built around counter-doubling with Vorel of the Hull Clade and the B/G deck is built around artifacts and Glissa, the Traitor, theyâre never going to play out the same way.

On top of that, theming can lead to a higher form of novelty where the gameplay is not just different, but startling. You can achieve real surprise by undermining an accepted truth (for instance, âPhage the Untouchable is useless as a commanderâ), but there are only so many such convictions to overturn. For the long term, youâd do better to use less stigmatized cards in ways your opponents have never dreamed of; two of my proudest examples to date are a deck that stacks itself and a deck that maximizes the effect of my favorite future-shifted card. 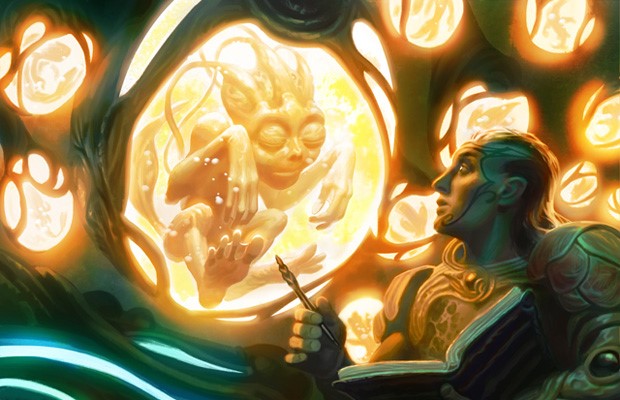 So, youâve increased the variety in gameplay between your decks and done away with many of the cards that keep you from differing game states, but youâre still hungry for more. How can you eke out just a little bit more variance? The easiest way is to pick cards with extra variance built in. Phyrexian Metamorph, Scion of Darkness, and Naya Charm give you a greater range of effects within your hundred cards, and even some less obviously modal spells, such as Shadowborn Demon, can play very differently from one game to the next. You can enjoy the same effect from cards such as Chaos Warp, which are inherently unpredictable, but you donât need any of these poster children for variance to have your cards play differently. Any card that adapts to your opponentsâ positions leads to variable play!

Now, Iâve covered a lot of ways that you can add more variance to your Commander games, but the truth is that you canât do it alone. Every playerâs deck interacts with what the other players are doing to create the overall game state, so even if your deck plays differently every time, the other players might collectively push the game back into the same old patterns. But the reverse is likewise true. Letâs take a simplified example, wherein the games all play out the same way. You change your deck to follow a different plan twenty percent of the time, so now eighty percent of games play the same way. But if you convince two of the other players to make similarly impactful changes, suddenly, only fifty-one percent of the games follow the prescribed pattern. Even more importantly, there are many more possible game paths. When only you made a change, all of the other players were always on Plan A, but you might be on Plan B, so there were two possible paths; with three players following multiple plans, there are eight! This exponential growth means that the absolute best way to promote variance in your playgroup is to bring everybody onboard with the idea. 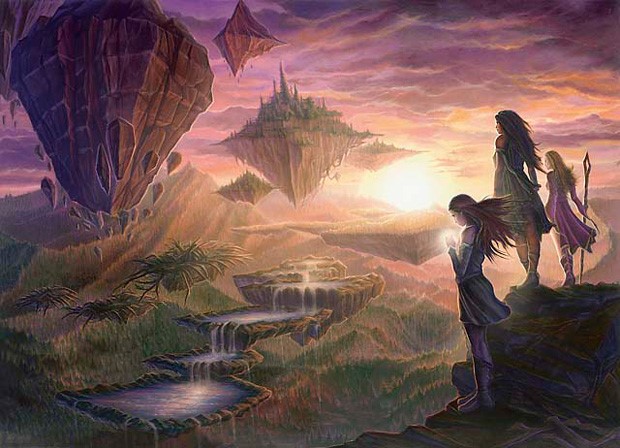 So, Iâve spent this entire column addressing the human need for novelty, but familiarity can be just as important. This is something of a nonissue for most longtime Commander players; weâll have some old and beloved deck squirreled away for when we want it. But itâs a daunting problem for players just dipping their toes into Commander. Suddenly, huge spells are flying everywhere, nobody seems too concerned by a stray attack, and the board complexity is through the roof. The best way to ease the transition is to hand a new player something reassuringly familiar, so I always ask about favorite decks and cards. Using that information, Iâll try to find a strategy that the player in question is comfortable with and include a lot of cards he or she knows well. Youâre sending new players into uncharted territory; at least let them wear their own clothes.