I love three things: my wife, my dachshunds, and art.

Every week, I'm always on the hunt for art all over them internets. Iâm getting used to Tumblr more, and in a future article, Iâll be covering it. There are just rabbit holes with that medium. Our original art community hasnât dived into using it yet, but it will in time. OriginalMagicArt.com fills a lot of the show-your-collection itch, and you should check it out. There are some utterly absurd member galleries.

Alphaâs Power Sink Is Back on eBay

I cannot stress this enough: Alpha original artworks are incredibly rare to see in the open market. Starting at $3,500, this Power Sink is indeed the original artwork from Richard Thomas and very worth it at $3.5k. It hanged in an Ohio Magic store for many years, and the short story is that the artwork came into contact with moisture, and the old frame was discarded. Some damage is obvious, but the current state should be stable. You can see the considerable amount of fading in the work. The lack of purple background is the giveaway. 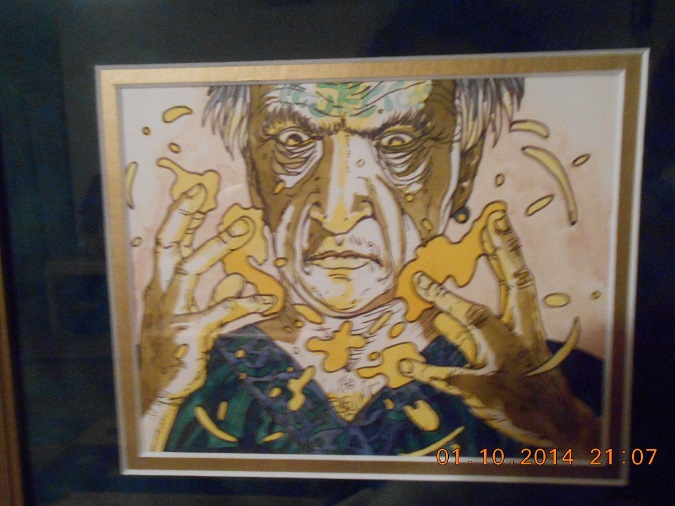 Image via the eBay auction

This was already on eBay, but the high bidder backed out of paying for it. That is a risk with eBay, and since Magic art isnât really fine art yet, itâs hard to have it at Christieâs or Heritage Auctions. I suppose you could try, but the timing has to be right, and the seller doesnât have that.

Iâve talked about this a lot in other forums and places online, but one thing to keep in mind is that the current state should be more or less stable. If you want to âfixâ the image back to its original state, which you should, youâll need a conservator. Folks, thatâs $100 an hour invoices. Iâd think at least $3,000 more would need to be added on top, and thatâs a conservative estimate.

The woman selling it deserves to get it to someone who will love it as much as she did. I just hope the next owner will take care of it better than she did. I think everyone hopes that. Future art exhibitions depend on it.

Artist Lists Have Opened Up a Bit

Iâm really happy to see Josh Krause and OriginalMagicArt.com become serious factors in our community. To his credit, eight artists have posted their lists of Magic original artwork to purchase. Our game is ever-moving toward a greater percentage of digital artists, and seeing a community push to appreciate physical paint is heartwarming. It takes a lot of effort to create an oil-painting commission in this business of art-directed work. A lot of changes occur, and deleting a layer in Photoshop is seconds compared to repainting a red sky, taking days to dry.

Today, I figured itâd be nice to hear from an artist. I havenât done this in a while. Jim Pavelec, artist and one of the heads of Art PACTâa community-building art groupâhas shared his list with me. Jimâs good people, and I own art from him on my home office and work walls. 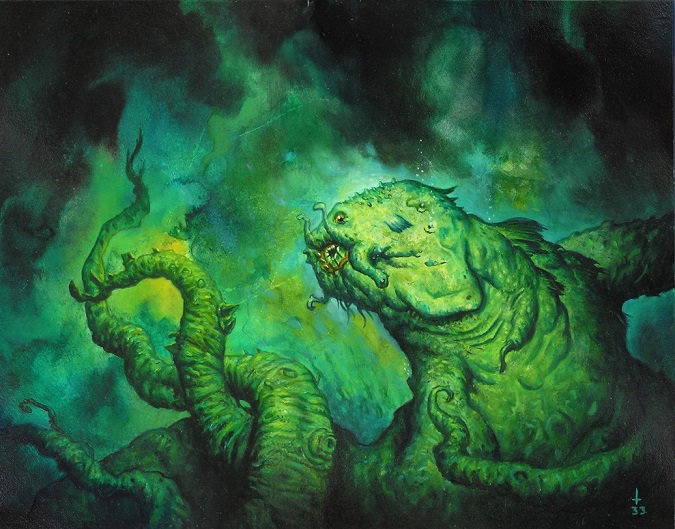 I never realized how green this image is without the blue frame. Itâs a strange piece, but if youâre a Cthulhu fan or know someone who is, this piece would be perfect for that person. 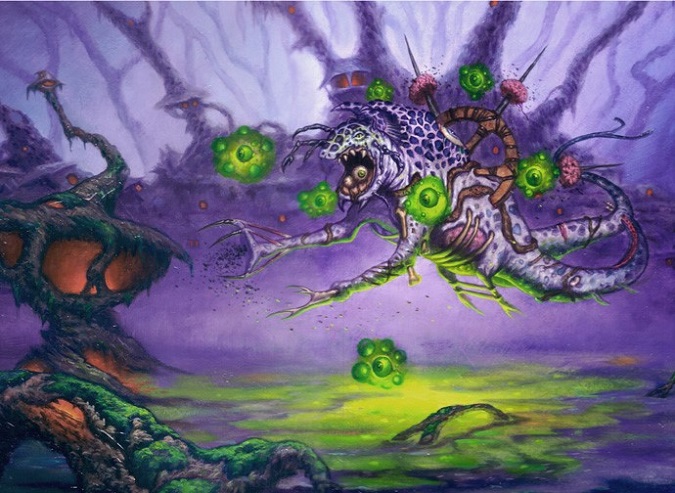 I love the purple. We never see that color enough used in artworks.

Iâm not very familiar with the Kamigawa block, but the oddness pulls me in with the floating eyes. 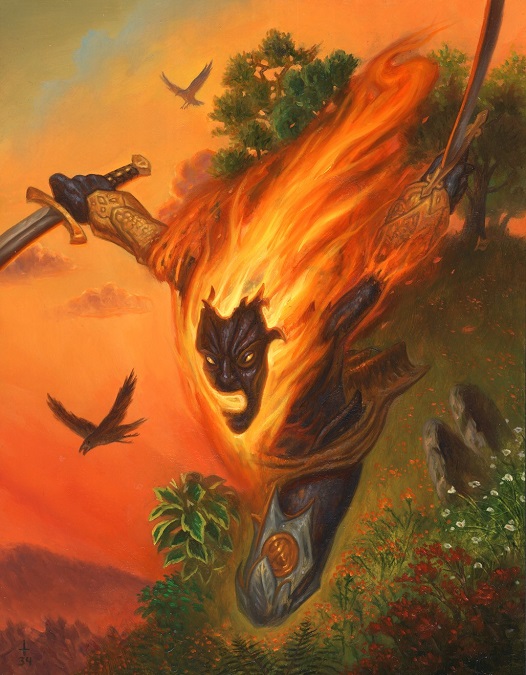 This piece is so very memorable for that entire block of Magic.

It feels overpriced, but as an 11" Ã 14" that encapsulates Lorwyn, itâs at the market level. Also, in this case, Duel Decks: Jace vs. Chandra actually reprinted it. Itâll probably see another reprint in the future, too.

I like it. The right-side flowers are a great mechanic to keep the Elemental in Lorwyn. 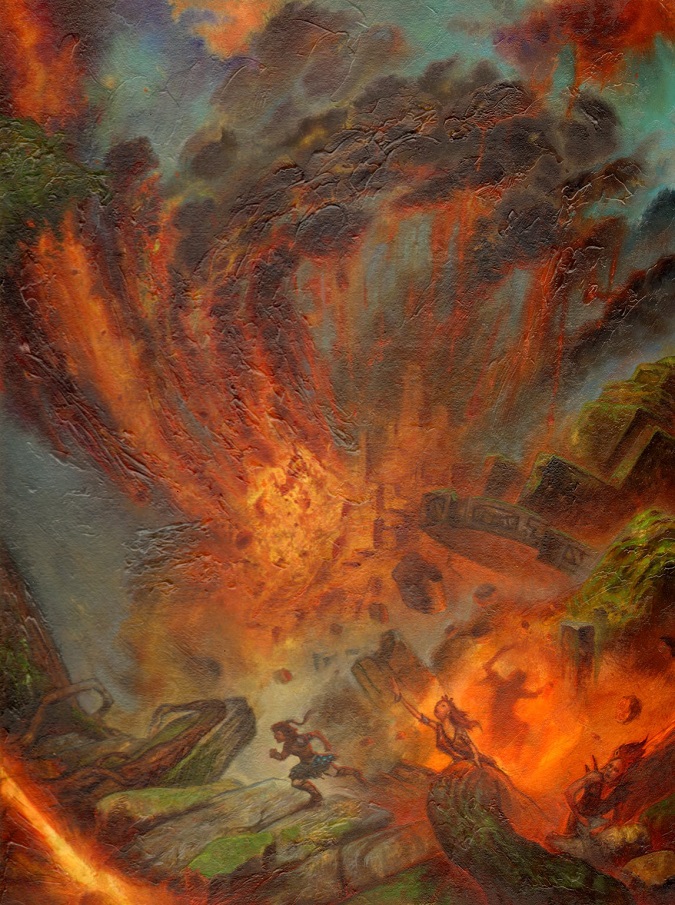 This is Jimâs only underpriced work. Sorry, Jim.

Very, very few of Magicâs artworks have strong texture to them. Theyâre damn near always acrylic-smooth. Whenever I see a piece that has some paint on itâactual meaty paintâI need to mention it.

This piece is emotive, and if you choose the right frame to accompany it, itâs a statement piece for an entire room. You paint the walls of an office to fit this piece, not the other way around. Iâd pick up a big, gold frame, museum-style, to accompany this beast with no mat and just let the thick paint breathe.

I donât expect this piece to be in his hands by the weekend. I wish everyone luck who races to get it. 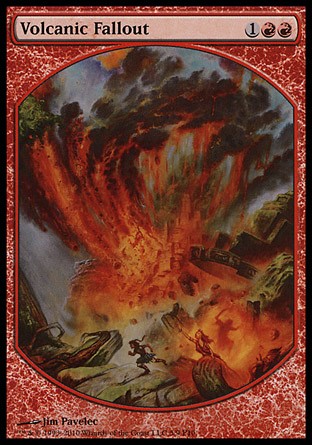 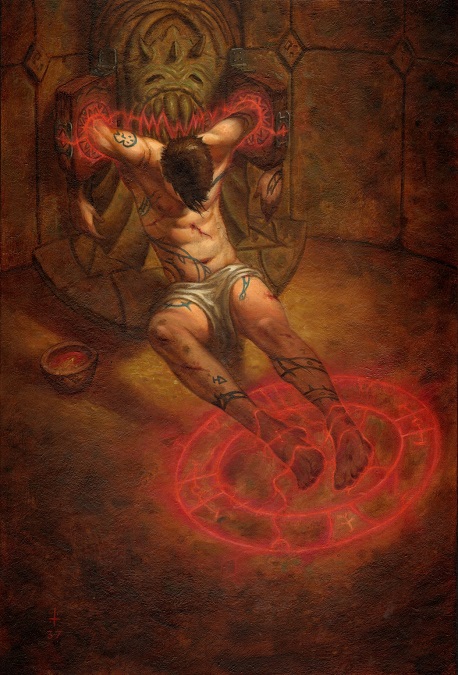 Archenemy and Planechase have the most underrated art in all of Magic, period.

This artwork, without the card frame, looks like a Dungeons & Dragons quest in which the art is so much better than it should be in the quest supplement. The strongly-painted anatomy alone set this card above the average. 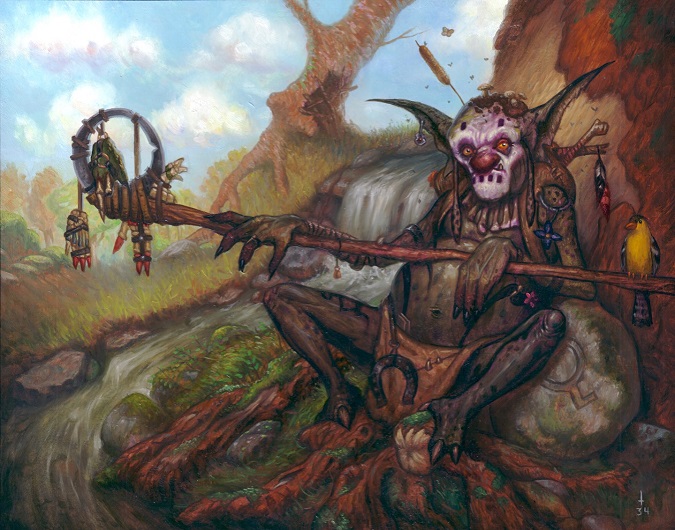 There are two reasons this piece is listed for over $2,000: First, itâs an incredible piece. Remove the goblin, and the waterfall is beautifully-painted. The little details, such as the bone hands and the solid little bird, really allow your eye to bounce all around the piece. Second, Jim loves this piece and wants to be totally sure that the person who owns it will appreciate it. By raising the price a piece, it ensures someone is serious.

I overlooked it a few times even writing this article, but take fifteen seconds to look over all the tiny details in the piece. It grows on you so quickly. Now, if youâre a goblin art collector or fan, Iâm sure Jim would work out a payment plan situation for it. Again, it shows you want it so bad that youâll put a down payment to acquire it. 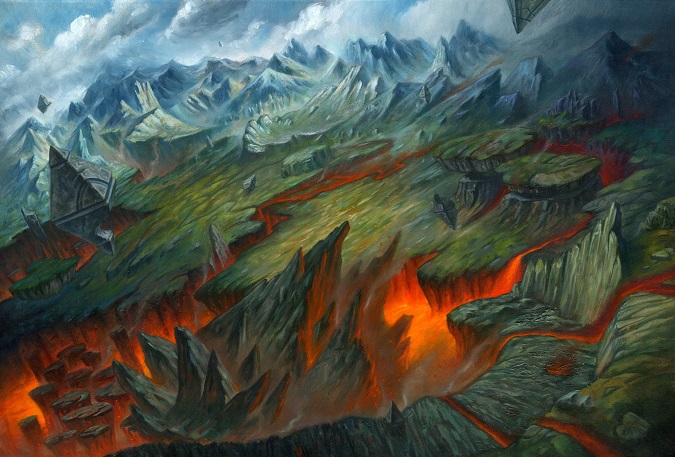 If you were to invest or speculate on art, this would be the piece to buy.

This artwork has not been used yet on a card. It was bought by Wizards and probably sits in the slush pile. That means, if a Planechase set, a Commander set, a From the Vault set, or some other product is printed, this art could be used. Is Akoum capable of being a rare land? A legendary land? Itâs hard to say. Itâs 19" Ã 13" and damn huge at that. I think anything with the Zendikar hedrons is amazing, solidifying an image in the plane instantly. Very other planes have such an iconic tying symbol.

Instead of using Jimâs piece, they used this slush art by Rob Alexander that makes no sense to be on Zendikar. Itâs a good painting, but this is Zendikar? Odd.

This past week, Mark Aronowitz of Markâs Comics & Collectibles in Valley Stream New York listed that Rob Alexander will be at an event heâs hosting. It was very nice of him to let the art community know to have Rob be notified which paintings he should bring with to the event, paid or otherwise. For someone who has been painting as long as Rob has, having him bring his entire lot is just costly. Thatâs a smart owner realizing pent-up demand.

Then, all hell broke loose. No one expected the reaction to be so ecstatic.

People were fired up because a first-come, first-served situation was in place, and messages werenât responded to fast enough, and many feels were had. My opinion is that Rob has had many of these paintings for years. He isnât a recluse. Heâs a busy artist and doesnât respond with two tweets before he sends what he has. Hell, I saw him at Spectrum Live last May, and he had a giant portfolio of his art.

I think the perception was that Robâs dual lands, shock lands, and very popular rare land paintings were in line with all of his other works. Of course a random Forest would be $3,000 or more, just like his other works. That feeling that, âHe must be expensive,â led others to look elsewhere for art. His art is largely reasonable, with the silly-popular ones being in line with the upper echelon of the market.

Rob somewhat has of a glass ceiling of people wanting his signatures on dual lands and shock lands so often that the conversation should lead to prints and original art, but due to signing these bad boys, thereâs no way I could afford art (despite having Legacy decks worth more than a cars).

Iâm happy for him. Thirty paintings sold means he has storage room again in his studio! I hope he hits rk post levels of manic creation to fill those spaces. That would be awesome.

Magic art book â I had an inquiry into Wizards about making a licensed art book of Magic art. It was shot down. With three hundred forty-four signatures, it wonât fly yet. I hope that, with a movie release, an art book would be possible.

Great framing tool â This little tool was shared by zeroth on The Mana Drainâs art forum. Itâs made by Larson Juhl and pretty damn useful for giving you an idea of what your art should look like.

Spectrum art entries â The deadline was January 25. All art is in. Were I you, Iâd be vigilant watching your favorite artist on Tumblr and Twitter on his or her submissions. If you really want to be a wolf, ask the artist what he or she submitted via a personal e-mail. Most artists are pretty friendly about their art if it isnât under a non-disclosure agreement.

Artist proofs mailed â Make sure, if you ask an artist for an altered artist proof back, to send a top loader case for each one. Iâd go all-out with a bubble mailer with a ton of stuff, including a return sticker with postage to get them back to you. Included in there should be a tip for the artist, too. The issue this past week was Jack Davis bringing up proofs stuffed together in a sleeve on Facebook and friction harming the work.

See everyone next week for a Born of the Gods art review!