Have you ever wondered where Gideon got his weapon? Why Jace rudely read someone elseâs journal, and whether Tamiyo was mad about it? How about the origins of Silumgarâs sweet Tasigur bling? Thatâs where Cary Barkett comes in. Cary considers themself to be a Vorthos, someone who enjoys the flavor of Magic: the Gathering cards and storyline. 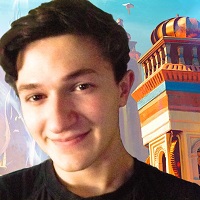 Wizards of the Coast has started putting quite a lot of emphasis on the storylines of recent blocks. Between Storyline cards, flavorful bonuses (Masterpieces, anyone?), and easily accessible Magic: the Gathering stories with focus on diverse and interesting characters, knowing the lore is simpler and more appealing than ever. If you want to know about Kaladesh, thatâs great. What about Alara, though? Or even Scars of Mirrodin? The lore for those sets is buried in flavor text of unexciting cards and novels long out-of-print. Cary told me all about their interest in the lore of Magic: the Gathering and their efforts to bring that lore to the casual Vorthos.

Cary started playing Magic: the Gathering in Scars of Mirrodin block. Like many players, they became fully enfranchised in the game when Innistrad was released. Cary says, âI wasnât deep into the lore until a few years ago." Two cards they âfound in the uncommon binâ drew them into the game, Inquisitor Exarch and Suture Priest with their porcelain Phyrexian flavor. Cary picked up the rules of the game with friends as they played Friday Night Magic. Their style of play is still decidedly on the less competitive side: âIâve attended a few GPs, but not played in the main events.â To Cary, GPs are closer to community meetups than high-stakes tournaments. Now, they play Prereleases, Commander with friends, and the occasional draft online. Much of their time with Magic: the Gathering is spent on pursuits outside of cards.

When I asked how much time they devote to Magic day-to-day, Cary laughed and told me, âThatâs an unfair question. A lot.â Cary works nine to five at a nonprofit, and spends time beyond that doing lore writing and tracking down old story references, including inserts and player guides that havenât been documented. Cary also transcribes panels involving the creative team behind Magic, to be able to Ctrl+F to find small details quickly. Cary used to craft Magic-related props from time to time, too, but now their lore archiving project has taken over their time.

Caryâs interest in Magicâs lore was there from the beginning, but they say that âit was a slow start.â Once Khans of Tarkir came out, though, âI dug my feet in and kept working on it.â Khans made lore much more accessible. Khans was the start of the ability for Magic fans to read the story online, without having to purchase a book. âI went hard for Battle for Zendikar. I went through all the existing Zendikar loreâ to help with speculation. That was somewhat difficult, because some of the Zendikar lore was scattered, and not entirely cannon. Cary says that their interest lies primarily in lore from Shards of Alara onward, or âpost-mending.â

Cary started writing about Magic with an article entitled âFlavors of Exile,â about the different representations of exile throughout the time of the game. They say that during Battle for Zendikar, they were heavily into worldbuilding and speculation. Afterward, they moved into how the story is presented. Cary says that they plan on jumping back into lore writing for Aether Revolt speculation.

Whenever I have a question about lore, I tend to go to Cary on Twitter (@Vronos). Cary says that âmost of my Twitter followers know me as [a lore resource].â

Cary says that being known for lore has enabled them to connect with community members âwho want to be involved with lore but donât have the time.â For example, they said they pulled the character bios from the Aether Revolt page, because not many people are likely to see that page or the bios of their own accord. It has also âallowed me to understand how the story has developed so far â what is conceptually intended versus what actually happened.â Cary describes the phenomena of âcannon revision,â where Wizards of the Coast drops off the unpopular stuff and keep the popular stuff, like they do with mechanics.

When I asked if there is something that Cary has not done yet that they would like to do, they said they would love to have a preview card. Otherwise, âI am pretty content where I am.â

Right now, Cary has a project in motion to set up a website and organize the lore information that they have collected. âI would like to bring it to a larger scale through this websiteâ.â.â.â I am really sick of having small story details passed up.â An example they gave is the legendary creatures from Commander 2016. âA lot of the characters from Commander 2016 had preexisting lore-scattered throughout flavor text and other stuff, which allows speculation.â 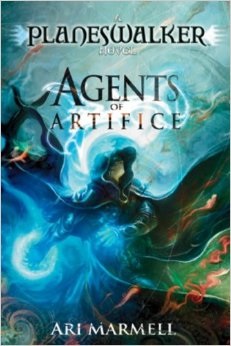 The website Cary is working on is called The Vorthos Library. âItâs deep,â Cary says. âThereâs pages for planar locations, like the arena that Tezzeret fights Pia in.â One of the difficulties of collecting all of the lore information possible is the switch to the new âmothershipâ Wizards of the Coast website. There have been some bugs introduced, but fortunately ânothing too important is missing.â Cary uses archived versions to get the information they need, and then uses their own system to organize it.

If you are interested in part of Magicâs lore, the volume can be intimidating. I asked Cary if they had any tips for the aspiring Vorthos. They said knowing people who are well-versed in the story helps. âYou canât expect a sole member to be a repository,â Cary says. For example, âI only cover the last ten years.â They also advise that people should enjoy the stories you want to, because there can be some very dry novels. Cary emphasizes the human interaction and connection aspects of the Vorthos community. However, they warn, âThere are a lot of people who resent some of the recent story choices, so get multiple opinionsâ.â.â.âI am a good resource for the stuff I am enthusiastic about.â If you want to get into reading the Magic books, Cary suggests Alara Unbroken, Agents of Artifice, and the Theros block novels (which are $4 total for the entire block).

As we were wrapping up the interview, I asked Cary the question that had been burning in my mind for a while: Is Nicol Bolas on Kaladesh? I was disappointed with the answer: âNo he isnât. For example â Dragon archway looks only kinda like Bolasâs horns. These are cards that feed into future setsâ.â.â.âThis solidifies that Tezz is working for Bolas still.â

If you want to reach Cary, get in touch with them on Twitter @Vronos, or check out his archive here on Gathering Magic!