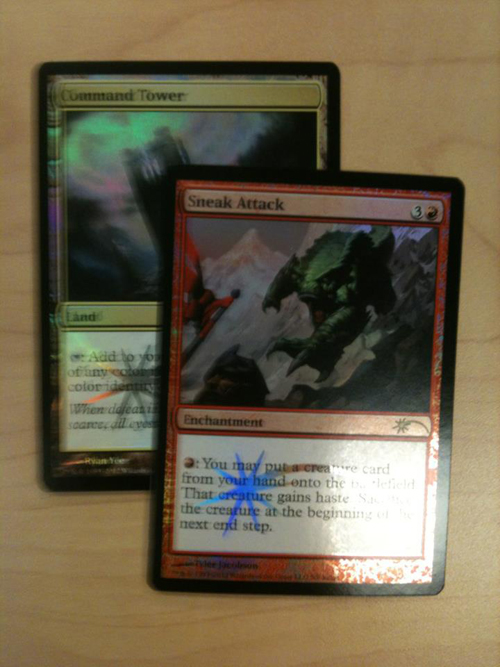 The newest batch of Judge Foils have been revealed today! The Commander staple Command Tower, originally released in Magic: The Gathering Commander,Â is finally available in a foil. Speculation on it's price and demand is already in full swing, as this is the first, and currently only, foil printing.Â Also revealed was Sneak Attack, featuring new art. This has also never before been printed in a foil version, originally appearing only in 1998's Urza's Saga.

These promos will be given to judges at Pro Tour: Avacyn Restored, which is being held in Barcelona, Spain May 11-13 2012.