Hot off his Top 4 last weekend at Pro Tour Born of the Gods, Christian Seibold joined forces with his longtime hometown Magic playing brothers, Tobias and Daniel Graefensteiner, to find a Team Limited victory at Grand Prix Barcelona. While the superstar team of Reid Duke, William "Huey" Jensen, and Owen Turtenwald were poised as favorites going into the Top 4, they fell to the stellar Swiss team of Olivier Duport, Wilson Lam, and Louis Ballivet. 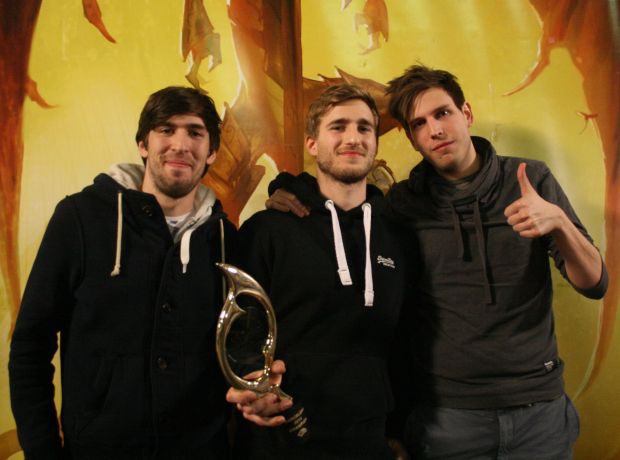 Ultimately, Seibold and the Graefensteiners drafted stronger decks than their Swiss opponents and found a quick pair of victories in the finals. To see the Draft decks from the finals as well much more about Team Limited, check out all the official coverage of Grand Prix Barcelona on MagicTheGathering.com!