Login
0 Item
Advanced Search
Sign In
Create Account
âHow are you in Boros!? I passed you infinite Drakewing Krasi! Thanks for messing up my pack two, donkey!â
Most experienced drafters have either heard or said a version of this out loud (or at least in their heads). Fellow players expect you to cooperate and attempt to read your table; that is, pick up on signals by understanding what colors are open based on what powerful cards appear late in the pack. In addition to that, you are expected to send clear signals as well in order to show your neighbors what colors they should be taking. This is what I will refer to as âreading.â

The polar opposite of reading the draft is forcing. That means you decide on your colors regardless of what you perceive is open. Usually, you either decide before the Draft because you think a specific color combination or archetype is particularly powerful, you think a specific guild might be under-drafted, or based on opening a particular rare you want to play.

Reading the Draft is generally regarded as a more respectable strategy. That makes sense because itâs more difficult to execute: You have to analyze the signals and try to guess what people around you are taking. Meanwhile, anyone can force a guildâjust take the best card in the colors every pack. Whereâs the skill in that?

Let me try to show you the problems with overly relying on reading the Draft.

If Everyone Is Reading, It Can Be Disastrous

Say every player at the table is trying to read the Draft. To do so, they are willing to take the best card out of every pack for the first several picks, regardless of the color. As a result, the entire Draft will be confused, and you will end up feeling that ânothing is open, and everything dried up early." Players will all be extremely confused and frustrated.

Now imagine if you are the only player at that table who is forcing Gruul! âReadersâ around you will at some point notice that R/G is being cut, and you will end up with an excellent deck.

You Canât Read and Write at the Same Time 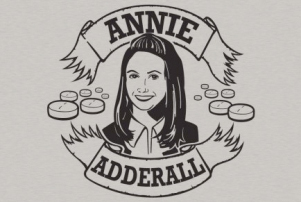 Do you guys remember how in Return to Ravnica Drafts there would be a late outlier Auger Spree around pick five? Then, youâd abandon your couple of Centaur Healers, assuming Rakdos was wide open, only to be completely cut soon after and end up with only twenty-one Selesnya playables? That was because Auger Spree appeared in the print run with a number of other very good black and red cards. Until I realized that, many of my Drafts had been screwed over by that one evil Auger Spree.

Similarly, there can simply be an unbalanced pack that will have an abundance of one color or in which the best five cards are all in the same guild.

So, What Are You Saying?

My biggest message is that in order for either reading the Draft or forcing the Draft to work well, you need the players around you to do the opposite. The readerâs ideal place is to the left of the forcerâwho will send clear signalsâand to the right of another readerâwho will ensure a decent pack two. And for the forcers, the more readers in the Draft, the better. Forcing is just as legit of a strategy as reading the Draft, and reading the Draft wouldnât work if at least some people werenât sticking to their first picks.

This is about the best arrangement for a given Draft to maximize the overall success: 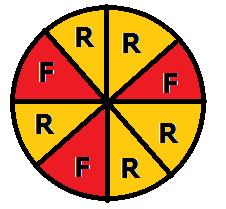 But you shouldnât care about the overall quality of the Draft; in fact, you only care about the quality of your own deck. Well, your own goal is to strive to do the opposite of what everyone else is doing. This statement in general is applicable to different aspects of many games. I first read it when I started playing poker, wherein you want to be aggressive at a table full of rocks and tighten up among drunken, overly aggressive players. Later, Iâd learn that itâs often the best strategy in many betting games, including the more grown-up ones like stock market investment.

When I first thought of the idea, I told my good friends Frank Lepore and Blake Macary about it. Frank said that it seemed true, but youâll never know what people around you are doing in any given Draft, so itâs probably just a fun-fact kind of theory rather than applicable one. Blake also didnât think it was very helpful, but he pointed out that most people are forcers.

So, how can I apply this to my advantage?

If you have good intuition, you can try to assess what kinds of players surround you in real-life Drafts. Confident players and players with big egos will often be attempting to read the Draft. Very new players will frequently force the colors that their friends have mentioned are the strongest. Other times, you will simply be drafting next to a friend who refuses to not draft blueâor some other similar weird preference.

Watch and listen to your neighbors! Someone making a big deal out of slamming down his first pick is more likely to try to force it than the kid agonizing over it. For both this point and the one above, the most important observation you can make is that the player to your right is forcing some colorsâthen, you can choose to read his signals.

As an aside, you should be very perceptive of the people around you during the Draft. While you shouldnât table-talk, donât ignore others giving away free information, which happens frequently at Regular REL. For example, a lot of people will outright say, âHahaha, donât take this for a signal, bro!â when passing a strong card in their colors. As far as more subtle clues go, people will complain about the pack having nothing good when itâs full of good cards in two or three colors, allowing you to deduce their guilds. Sometimes, you can notice your neighbor flicking rigorously between two cards, and if there is only one decent card left, when you pick up the pack, you can guess that this is his color.

Now, hereâs something you can decide independently of the specific Draft:

Reading works significantly better in sets that have fewer bad cards. If you have to abandon your first three picks, and the last four or so picks are bound to be unplayable, that leaves you at most seven picks to contribute toward the deck in pack one. Pack two is a crapshoot since your first few picks were not signaling anything, and you are now investing very heavily in pack three. Throw a couple unbalanced packs into the equation, and you have yourself a catastrophe. While RTR Draft was really deep, Gatecrash has a lot of unplayable, extremely situational cards, making it so that wasting early picks is very dangerous. While in RTR the truly awful cards were Aquus Steed, Chronic Flooding, Destroy the Evidence, Drainpipe Vermin, Shrieking Affliction, Sphere of Safety, Survey the Wreckage, Oak Street Innkeeper, and Urban Burgeoning, with only five of those at common, GTC presents us such gems as Hydroform, Primal Visitation, Guildscorn Ward, Contaminated Ground, Dying Wish, Illness in the Ranks, Mental Vapors, Crackling Perimeter, Structural Collapse, Tin Street Market, Furious Resistance (no, it is not a red Smite, people!), Alpha Authority, Predator's Rapport, Serene Remembrance, Coerced Confession, and Skyblinder Staff. Thatâs almost twice as many unplayables as in RTR. There are also a lot more questionable cards you do not want in multiples. Frequently, you will only get about eight to nine playables per pack. Thus, itâs a lot more important to settle into your colors early in Gatecrash than in RTR Drafts, and forcing is a good idea.

If you do a massive number of Magic Online drafts, you may notice trends. More people force later in the format when they have settled preferences. Both of my friends from above have at this point sold their souls to the Church of Orzhov. Early in the format, on the other hand, people are often in the exploration stage and willing to draft whatever comes their way. Currently, a lot of people are forcing their favorite guilds. In my experience, there are some very clear trends on Magic Online right now: White is the most-drafted color, with Orzhov being the most-drafted guild, and Simic is pretty much always open. I think it fairly reflects the relative power of those colors and guilds. White is excellent because it was designed to support a hyper-aggressive Boros and a grindy, chipping-at-your-life-total Orzhov, thus offering excellent, versatile playables at every point.

How Exactly Can I Use It in My Gatecrash Drafts?

If you have followed and agreed with my reasoning up to this point, there are two main ways you can take advantage of this information:

Iâm in the second category. I enjoy Simic; it fits my style of play, and itâs been reliably open for me. It also contains my favorite 2-drop in the format: Frilled Oculus. Simic can have unbeatable all-common starts of Cloudfin Raptor into Shambleshark into Drakewing Krasis. Bind your opponentâs hands at some point, and itâs often a GG. As a minor benefit, in addition to Guidgates, it has a playable color fixerâVerdant Havenâin case you need to splash for some bomb such as Clan Defiance or Consuming Aberration. I like the card more than most people and find the life-gain often relevant.

However, it doesnât mean Iâm Simic every time. It means that I pick a Simic card over a card of similar quality in other guilds in the first few packs. If the best card I crack is Truefire Paladin, Iâd gladly take it and will probably be Boros. 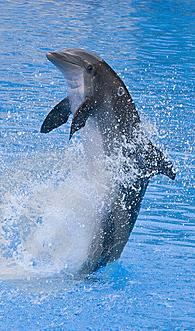 Splashing in Gatecrash is fine and often necessary because of the sheer quantity of bad cards. I even like splashing green in Boros for bloodrush and Ground Assault/Gruul Charm. Usually, taking Gates early is not necessary; they will go around late in every pack. Unless you are Orzhov or have really shaky mana, a Guildgate is usually better than the Prophetic Prism. Boros has the only bad Keyrune, and Dimir has the best one. I will usually take a Gate over a Keyrune in each guild except for Dimir unless I have at least five things that cost 5 or more.

If you follow my advice, around pick three, you should know that you are one of the two guilds based around a certain color. For example, I will frequently decide that, âIâm definitely blueâeither Simic or Dimir.â Then, in about three more picks, I make sure to know your guild. This way, I waste very few picks, and even the âwastedâ ones can be splashed off Gates because they share a color with my guild.

Finally, let me tell you how Mark Rosewater messed up my Simic drafts for the first month of Gatecrash. The Magic: The Gathering R&D team was interviewed right after their own prerelease, and Mark went on about how amazing Bioshift was in his Simic deck. So for weeks, I tried to draft a deck that would take advantage of Bioshift, and it was terribly dead for me every time. Frank tried to warn me, but I just kept forcing him to try it. Bioshift is bad. Donât listen to those guys. Let them stick to making Magic, and we can stick to playing it.

Thank you guys for reading!