Like most EDH players, Iâve grown tired of Standard. Itâs too fast and everyone is playing the same decks. I like a bit of a longer game, preferably with more than one of my friends. Thatâs why I play EDH/Commander. The value of social play is especially high in this format. The problem comes when people donât understand that.

I currently have and have previously had a lot decks. Some were much more powerful than others, and some were just downright silly. I now keep about four decks ready to play. I do this so I can gauge which deck would be the most appropriate to play.

You see, I built the decks to have varying levels of power. If Iâm playing against someone whoâs playing Zur the Enchanter, I know Iâm going to get annoyed so Iâll play a deck with an equivalent level of power. For the most part, my friends and I play decks with a medium level of power. Some have over or underpowered decks, but we usually just try to keep it right in the middle. You could call it the Goldilocks standard for decks. Not too hot, not too cold, just right. 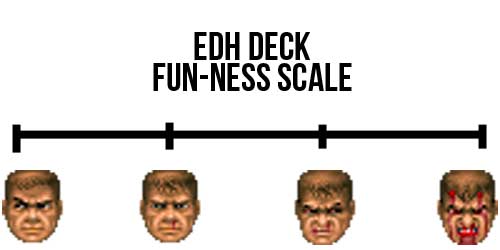 We make them so that thereâs enough power that you can still flip the game and win, but not so powerful that youâre doing it every time. And thatâs the key point. If youâre building decks that dominate your playgroups, unless thatâs how you all want to play, youâre doing it wrong. EDH is meant to be a social format. And for that reason, you shouldnât be out to dominate the people you play against all the time.

Sure, sometimes everybody likes to play something really strong and just obliterate everything. We are human after all. If you have a deck that consistently beats everyone then switch it up a bit. Play something that at least gives the other players a shot, or after a while, nobody will want to play with you.

With that being said, itâs against the social contract to play a bunch of cards that everyone you play with hates. You don't necessarily need to start banning cards, but be considerate. Iâm fighting that habit as we speak. I mean, one or two is fine, but if multiple times every game youâre playing cards that make everyone else hates dealing with, you should probably chill out a bit. Itâs no fun playing with somebody that does that. This isn't to say you can't play them at all, we all like to have our secret weapons, but when your whole deck is filled with secret weapons youâre just going to make yourself an instant target every game. 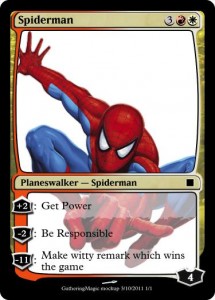 If you play with the same people regularly, you start to see patterns in the metagame. It's kind of like Spiderman; with great power comes great responsibility. Every card we play comes down to a choice. You choose to put that card in your deck, or you choose to leave it out. If youâre constantly aggravating everyone that you play with, why are you playing a format thatâs supposed to be a social format? Zur players, I'm talking to you.

I just mentioned Zur, but the thing is, you can play a Zur the Enchanter deck and not piss everyone off. Hereâs a tip, donât play Necropotence, Solitary Confinement, Steel of the Godhead, Diplomatic Immunity, etc. You can play fun enchantments in those colors and still win games. You won't win as consistently but thatâs the point. You could do something along the lines of playing Zur and a bunch of creature enchantments, but use them on a bunch of creatures that youâd put in the deck instead of loading Zur up. That wouldnât be so bad. Thereâs a good deal of un-fun generals that can be made fun by doing stuff like that. I would also like to note that making them fun doesnât mean making them useless.

Hereâs another thing that I do to try to keep it fun in my playgroup. I switch my decks up more than anyone else in our playgroup. It brings something new to the table every once in a while. Even if itâs something as simple as switching the general of my deck and only changing a few cards; itâs still something new.

[caption id="attachment_13435" align="alignright" width="200" caption="Sometimes you google 'Three-headed-Tiger' and this is what you get, seems good."] 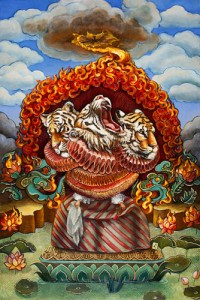 Itâs also fun to switch the specifics up every once in a while. Play a Two-Headed Giant + EDH match. Or do what my friends and I did, we sort of just winged it one night and called it Three-Headed Tiger (thank you Jason for the awesome name). It was basically Two-Headed Giant, but with three people on each team and each team started with eighty life. Hell, one time we even drafted our teammates. We rolled d20âs and the two highest were the captains, and they took turns picking their three man teams. Also don't be afraid to throw in the Planechase cards, except Lethe Lake because it sucks.

Itâs the simple things that keep EDH fun for the people we play with. Itâs a social format and should be treated as such. If want to ruin games for the other players, just play Jund in Extended instead. I said it, fight me.

If anybody else has stuff like that that you do with your playgroup to keep things fun, share it in the comments, Iâd be interested in hearing some new ideas.