Time was running out leading up to Grand Prix Pittsburgh. It was my last shot to (have enough lead time) to hit Gold and qualify for Pro Tour Sydney. I was feeling pretty nervous with my back against the wall.

I started working hard to look at the recent Standard data. Bant flavored Collected Company and G/W decks made up the majority of the field, so I turned to an old favorite, B/G Husk, since I noticed that Zan Syed was doing well with an odd version on June 4th from StarCityGames Atlanta Open:

The important take away I gathered here was the core of the deck was still eminently reasonable even if I didnât agree with his individual card choices (Hangarback Walker comes to mind here).

After looking at my old list, and determining what I expected to play the most against, I ended up here:

I added Silumgar Assassin as a nice answer to Eldrazi Displacer and Kalitas, Traitor of Ghet. Kalitas shuts down the entire deck. Nissa, Vastwood Seer was adopted because itâs a great alternate engine that also helps you hit land drops to cast your sideboarded Reality Smashers. Languish is unexpected from a deck that packs 29 creatures in the main deck, so it ends up being a massive blowout every time you cast it versus Humans and East-West Rites.

Hereâs a quick rundown of what I played against:

I was extremely relieved that Gerry graciously agreed to concede to me which let me acquire the necessary 12-3 finish. Heâs one of the writers and players I have the utmost respect for, since his ability to predict where metagames are going is unparalleled.

I was relieved and excited to hit this goal of mine. Every other year Iâve played Pro Tours in, Iâve done very poorly and not been close to any sort of constant âgravy-trainingâ.

Itâs been a long journey this year. Starting in 2015 there were four Grand Prixes: Indianapolis / Seattle / Atlanta / Pittsburgh (which were all on back to back weekends in 2015). I told myself I would step back from the game quite a bit if I didnât do well at any of them.

I inauspiciously started with a 1-3 drop at Indy (playing the Jon Finkel / Owen Turtenwald Dark Jeskai deck that made Top 8 of Pro Tour Battle for Zendikar). That event wasnât all bad, because my friends surprised me for Halloween by dressing up as me: 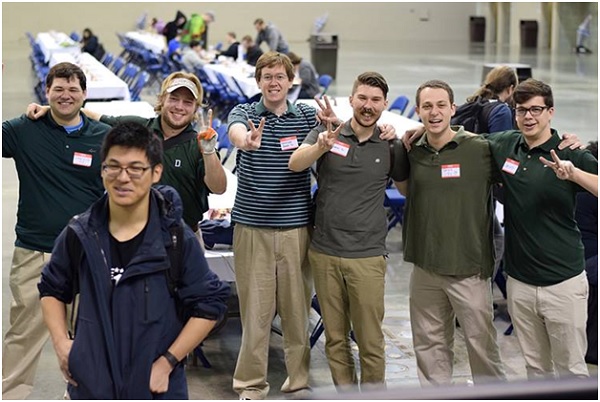 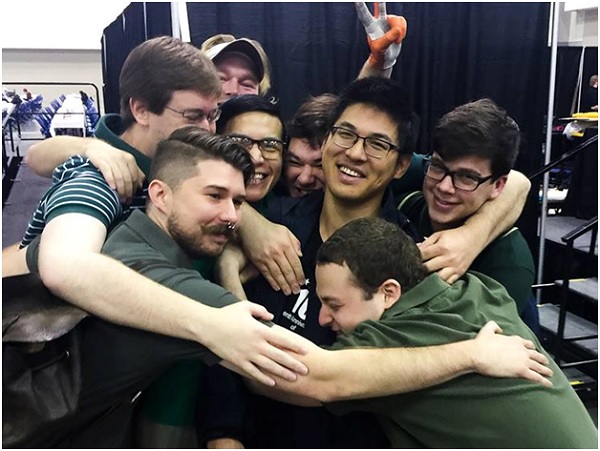 âProlific Magic author and competitor Jarvis Yu tries to run from his friends, who drag him back for a photo. Yuâs friends surprised him at the start of Round 2, gathering around the pairings board all dressed as Yu, complete with the full range of possibilities including âgolfer Jarvisâ and âhandsome Jarvis.â This group definitely wins the award for most original costume. â â (Wizards of the Coast)

In Seattle, I decided to play a (then-rogue) deck, 35 Lands, based off advice from many people. I managed to make top 8 of this Grand Prix, and win it in decisive fashion. It was the best Magic weekend of my life ever, and I was extraordinarily happy I managed to prove to myself and others that I was capable of doing well in a Premier Event.

I decided to try to make this year a great one given that I had nine Pro Points by this point (eight from Seattle and one from Madison).

Both Grand Prix Atlanta and Pittsburgh were less memorable, but I managed to eke out an 11-4 finish in Battle for Zendikar Limited (while drafting Green both times on day two which was regarded as one of the worst colors).

Given that I was at 11 pro points by this point, I decided to head cross country to Oakland to participate in a standard event with 4-Color Rally the Ancestors (which Reid used to win the Grand Prix with). I started 7-0, but then finished 7-2 on day one. On day 2, I picked up 2 more losses in frustrating fashion, but finished 11-4 for another 2 pro points (which put me at 13 for the year). I was really close to making Silver by this point (since 18 points were necessary), so I decided to see how Pro Tour Atlanta went before deciding to do anything else.

A few weeks later, I joined the newly formed East-West Bowl for Pro Tour Atlanta. Our team posted absurdly good results (including 3 players in the top 8). I myself finished 10-6 (6-4 in Modern, 4-2 in Draft) for six more points (which put me at 19 and locking up Silver status).

Grand Prix Houston was up next, and I decided to run an updated version of 4 Color Rally. Reflector Mage and Ayli, the Eternal Pilgrim were both excellent additions to the deck. I was getting tired of traveling by this point, but you know what they say: âNo Gamble â.â.â.âno future.â

In Detroit, I decided to finally sleeve up the U/W Eldrazi menace. Unfortunately, the horrifying aliens didnât treat me that well, and I finished a disappointing 4-4. By this point, I was questioning my decision to try to chase goldâ.â.â.â

Fortunately, Grand Prix Washington DC was right close to my house (considering Iâve grown up and live in that area). My teammates Steve Nagy and Benjamin Peebles-Mundy performed admirably. We started a rocky 6-2-1 on day one (which meant we were dead for top four), but we managed to 5-0 day two to pick up 4 pro points for me, which put me at 26 out of 33 pro points. (8, 4, 2, 2, 1).

Attending Pro Tour Madrid, I again joined East-West Bowl to prepare. My results were very disappointing, and I failed to make the second day of competition finishing a disappointing 2-6 (1-4 with W/B Midrange in Standard and 1-2 in Draft). I showed up on Sunday morning to play-test some for Seth Manfield, but I was really regretting all of my close calls (including a loss in the top 8 of a Regional PTQ for Madrid).

Post Pro Tour, there immediately was another Grand Prix in Toronto, which is a convenient 1 hour flight away from Dulles airport. B/G Husk looked excellent to me, and looked like it had about a 60% win rate during the Pro Tour. In addition, Iâm a strong believer in playing decks you enjoy, and Nantuko Husk alongside Zulaport Cutthroat was extremely enjoyable for me from 4 Color Rally the Ancestors. I finished 11-4 in Toronto, noticing some flaws in the deck that I would address for New York (which was the following weekend).

I lost two win and in for top 8 at Grand Prix New York which would have locked gold. This was utterly heartbreaking to me, but I was really happy with my play and deck choice for both Toronto and New York. Status after New York: (8/4/3/2/2/2) for a total of 30 out of 33 pro points.

In Grand Prix Charlotte, I decided to brew up a new version of a known deck to have fun: Jeskai Nahiri was known by this point, but I wanted to crush mirrors as well as have better game versus attrition decks, so I decided to figure out how to splice in Lingering Souls. I finished 10-5 with this deck, which is a respectable but disappointing result for me because it did not improve my pro point status whatsoever.

In Minneapolis, I wanted to try something new and fun, so instead of running back B/G Husk a third time, I switched to a version of Seasons Past splashing Blue for Dragonlord Silumgar and Silumgar's Command. I went 7-6 drop with this very sweet but ultimately not great deck which made me regret spewing a tournament on a deck that I wasnât sure was great or not.

In Columbus, I was the reigning North America Legacy Grand Prix Champion, so it would have been really hard to improve on my current status. I ran back a modified version of 35 Lands which included the Standard all-star Tireless Tracker in my sideboard as a second engine that avoided graveyard hate. I finished 13-3 (losing in top 8 to the eventual winner playing Infect). This was yet another close call to hit Gold, because this put me at 32 out of 33 pro points (8/4/4/3/2/2). I was 25% frustrated, 75% happy after this tournament, because I recognized that top 8ing my second Grand Prix (in the same format) proved that I wasnât a one-hit wonder, which I was mildly bothered by since Seattle.

That brings us back to Pittsburgh, where I attained a 12-3 record to hit 33/33 pro points (8/4/4/3/3/2) to hit Gold just in time for Pro Tour Eldritch Moon in Sydney. Iâm feeling like Iâve escaped the Sisyphean tragedy at the moment.

Thatâs a total of sixteen Grand Prix and two Pro Tours. Weekends definitely started to blend together (sometimes I couldnât even remember which city I was in), and I never really had as much time as I wanted to practice for every single event.

However, over the year, I do think I improved a lot:

I thank everyone for showing the huge amount of support that Iâve received over the past year. Iâm very excited for Sydney and this upcoming year, and who knows, perhaps #chasingplatinum is in the future for next year.

Thanks for reading, and I look forward to another great year of Magic.