Though I've always had my eye on Nahiri in Modern, for her true-to-story flavor in summoning an Eldrazi titan, I'm writing this article because she is uniquely positioned to dominate Modern with a vengeance. We've seen prison decks with Nahiri, the Harbinger before, but she's never been better than in a meta defined by an enchantment land.

Nahiri, the Harbinger can exile Urza's Saga right out of the top deck in Modern, Amulet Titan, as well as from tier-one decks such as Asmo Food and Hammer Time. In general, it's better to be pro-active, and I do recommend reading my article about smashing face with equipment. That said, after testing I believe Nahiri Control now has the tools to crush the competition. Yes, we're playing Chalice of the Void to take revenge on cascade strategies, such as the Glimpse of Tomorrow menace I wrote about that is now wrecking people in the hands of Gabriel Nassif. We're also making great use of the Modern Horizon 2 incarnations, first and foremost, Fury.

This card gives you the flexibility to stave off early aggression or finish the game in brutal fashion. The elemental's only weakness is Lightning Bolt, and you're covering that with Chalice of the Void. As you may have seen already in Modern matches, Fury pairs well with land destruction. Some games, Pillage can cripple an opponent, but if they're flooded, it does nothing. When our land destruction isn't good, we can exile it to Fury (or rummage it away to Nahiri, the Harbinger). The best part? We don't even have to play Pillage; our land destruction is fifty-percent cheaper to cast.

Boom // Bust has never been better. It may appear symmetrical, but our lands our made of sterner stuff. Modern Horizons 2 gave us Drossforge Bridge and a full cycle of indestructible lands. They may have been laughed out of Affinity, but a few copies are reasonable in a deck with fewer 1-drops, Chalice of the Void, and six free incarnations. We combine our bridges with Cascading Cataracts and Flagstones of Trokair, so we don't mind it when things go Boom // Bust! As another upside, targeting our own indestructible land with Cleaning Wildfire ramps us and cantrips. Yes, I will sign up for a better Rampant Growth.

Control decks must adapt week by week to a changing meta. You can and should update the following list, but I believe the core is strong as darksteel. For this moment in time, this is my solution.

I've always worried about prison decks being too slow in Modern. If we are playing Lightning Helix instead of Lightning Bolt because of Chalice of the Void, will we ever be able to recover tempo? The answer now is yes, thanks to Modern Horizons 2. Prismatic Ending can be played turn one or later, through your Chalice, as long as you pay at least one into X. We now also have free spells in Fury and Solitude. Lightning Helix will not only frustrate Scourge of the Skyclave but also pitch to either elemental. Fury and Solitude cover our early game and our late game, giving us finishers with built-in card advantage.

We'll go over specific card choices and how they're right for the meta, but first I want to acknowledge our deck's white-hot flavor. Nahiri has a deep connection to the emotions of both our elementals. She experienced Solitude for centuries, trapped in the Helvault by Sorin. She survived and emerged sharpened to a single fiery edge: her desire to avenge herself on her vampiric mentor. He trapped her and let the Eldrazi annihilate her homeland, Zendikar. In return she brought her full Fury to Innistrad, summoning Emrakul, the Eons Torn. 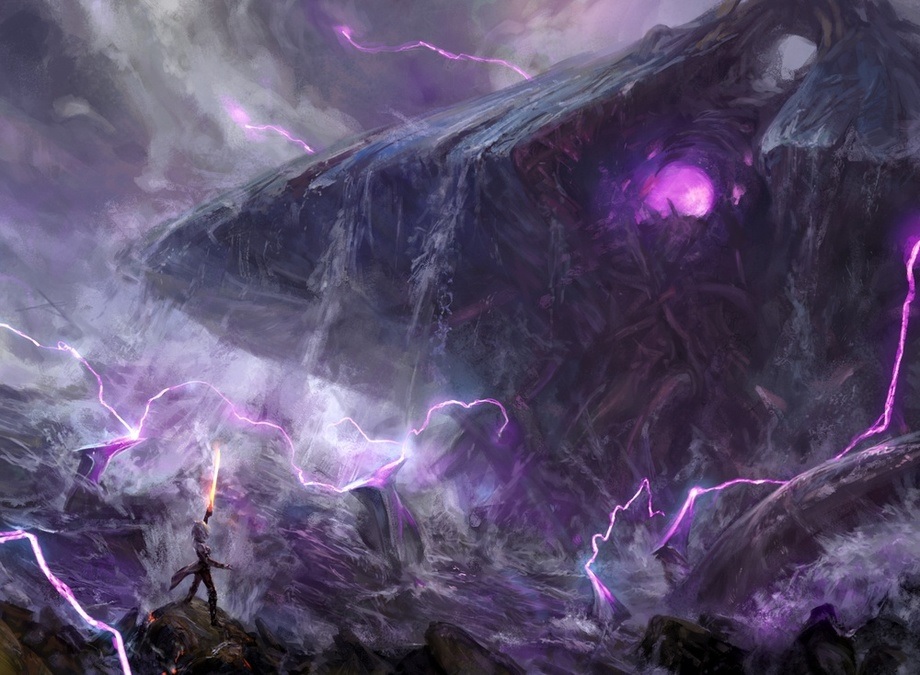 You can relive that same righteous tale as you play this deck in Modern. You, like Nahiri, may have been wronged. Another apt spell for us is Vindicate, as a flexible answer that can also destroy your foe's last land. I initially tried Obsidian Charmaw, and in some metas the dragon might be right over Solitude. You may even want a few copies in the sideboard, but for now I'm content to surprise Blue decks with Boil.

This week we're seeing more Island-centric prowess strategies featuring Murktide Regent. This could be a natural response to people hating out Rakdos Lurrus with Sanctifier en-Vec. Play a third copy if you expect more Death's Shadow, but I prioritized Leyline of the Void against Murktide Regent. They will bring in Abrade and Spell Pierce to fight your Chalice of the Void and be unprepared to have no graveyard, ever. Their other threat, Dragon's Rage Channeler will stay a 1/1. Engineered Explosives and Fury will brush aside it and their other weaklings. Should they ever reach seven lands to cast Murktide Regent, you'll be able to kill it and gain three life with Lightning Helix.

Against prowess and other decks that top out their curve at two mana, I will side out Boom // Bust. But all my land destruction stays in against Primeval Titan. We have a strong Game 1 against the format's tier-zero deck, in large part thanks to Chalice of the Void. Our artifact locks out their key one, along with Abundant Harvest, which they should be playing. Or, we can set Chalice on zero and stop them from casting Summoner's Pact. I can't wait to prevent someone from paying for their pact with Boom // Bust or a Blood Moon effect.

You likely have seen Nahiri Control playing Blood Moon maindeck, and that's a reasonable choice. We're hiding it in our sideboard, mostly against Primeval Titan, and my choice of Magus of the Moon is deliberate. They will bring in Force of Vigor against Chalice of the Void and in anticipation of Blood Moon. The creature version will either leave them cold or at least put them in a sideboarding bind. Now, some are using Through the Breach to sidestep Blood Moon, but all your land destruction may also leave that plan in ruin.

If you imprison someone with Chalice of the Void Game 1, consider siding some out Game 2. Against opposing decks with Prismatic Ending, I will rely less on that artifact lockpiece. Have other sideboarding questions? Do let me know with a comment.