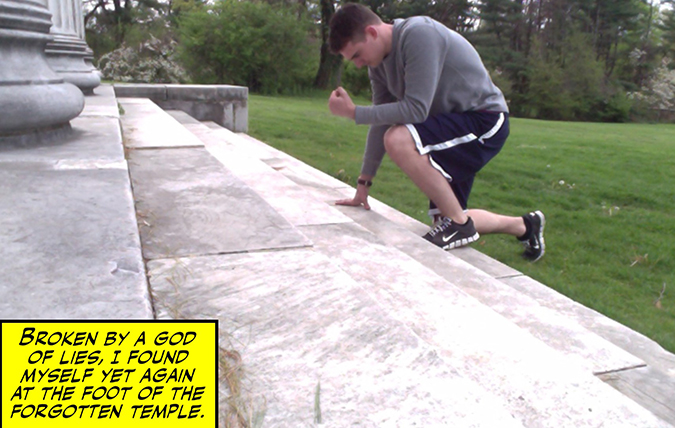 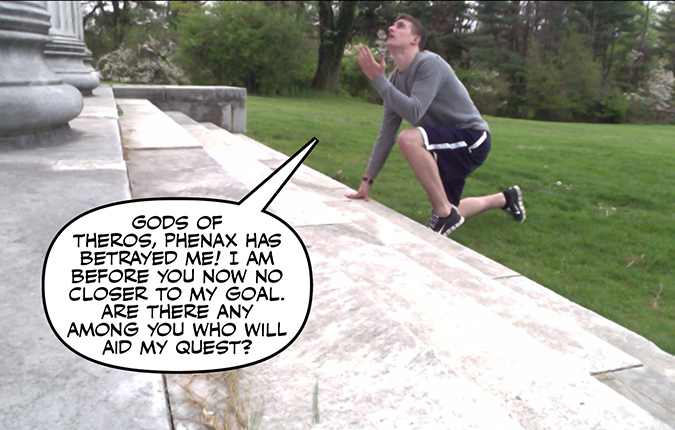 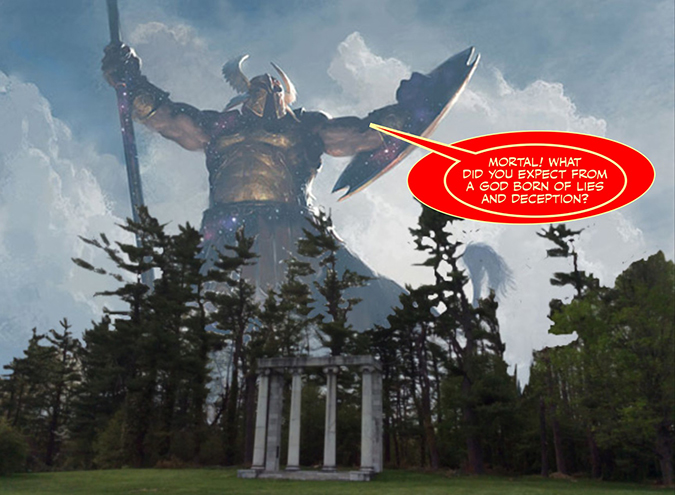 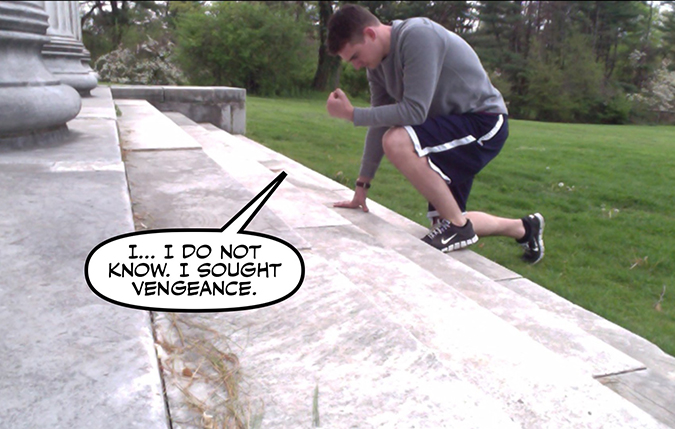 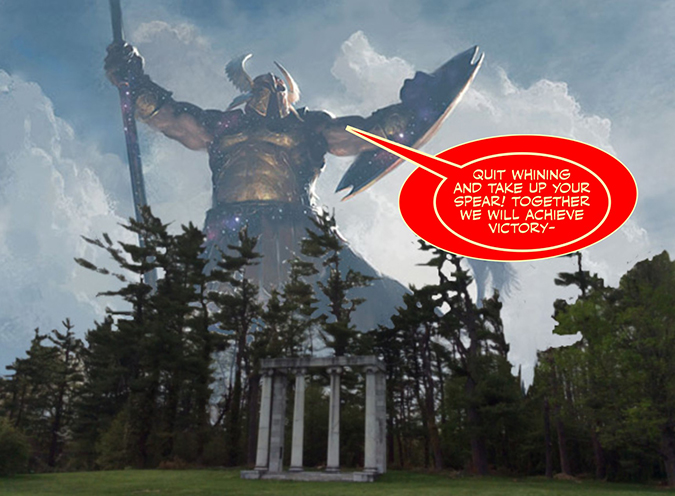 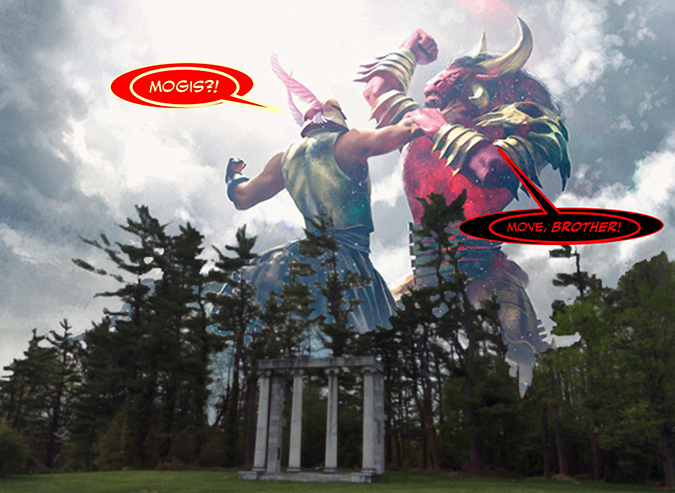 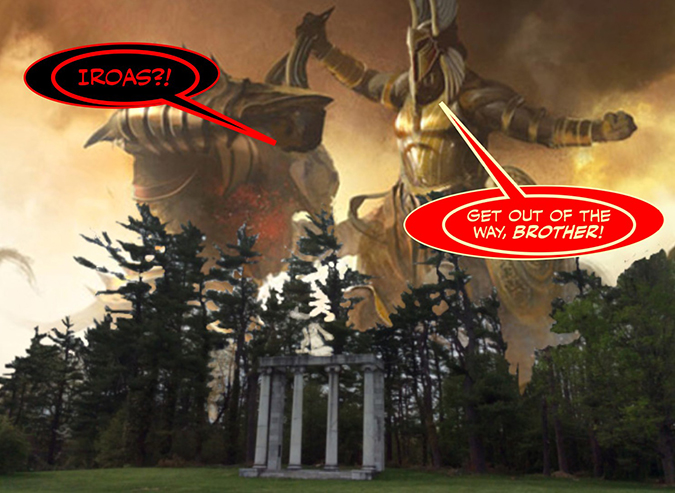 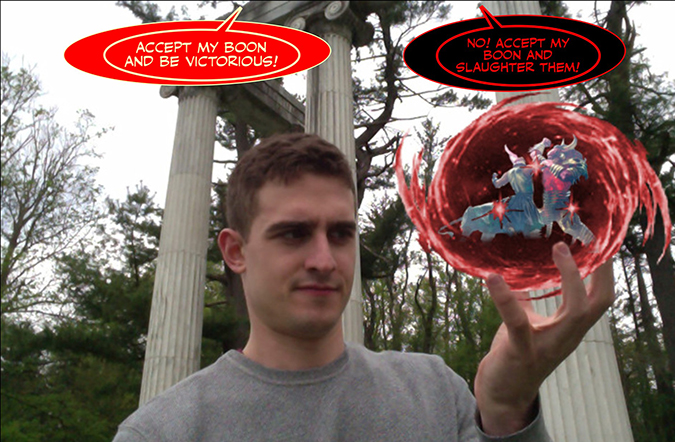 When the gods of Theros were first being revealed to us, I immediately fell in love with the concept of the warring Twin Gods. Who better to represent the domain of war than twin siblings who were constantly at each otherâs throats? As I tried to imagine what the personality of each of these characters was like, I fell on this idea that their relationship was similar to two young boys who constantly fight over their toys. I could picture the Twin Gods, yelling back and forth as each attempted to claim the same oracle for himself.

âNo it isnât! Its mine! Itâs my turn to have an oracle!â

âNo, Kruphix got that oracle for me!â

The twin gods would complain as they fought. I would laugh to myself, picturing the result of such sibling rivalry as the two brothers began wrestling each other (and most likely accidently breaking the oracle in the process).

I bet the two gods of war would fight over everything, I thought. I bet they would even fight over who would get to be my commander. 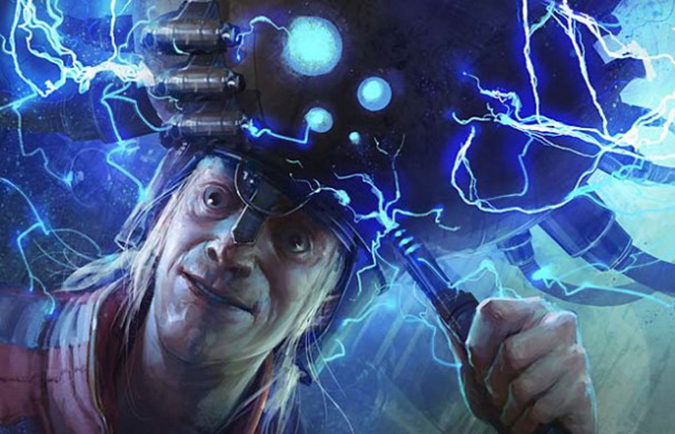 Inspiration, like lightning, can strike you from nowhere. When it does, your brain can feel as though it is supercharged, your synapses firing off at an exceptionally rapid rate.

These were just a few of the questions flowing through my mind as I sat down to tackle this interesting idea. One of the greatest facets of Magic is that it is many games. When you decide to sit down and start slinging your spells against an opponent, you are only limited by your own creativity. Before there was a Commander format, someone had the idea of a deck led by a powerful general. Before there was a Cube, someone had the idea of a set card list meant to be drafted again and again. Never be afraid to think outside of the box, and make Magic what you want it to be.

So, I found myself with an interesting question to answer:

How do you build a deck that creates a play style in which it feels as though the Twin Gods of war are fighting each other to be my commander?

And yes, each deck needed to fit the flavor of the god commanding it. I am a Vorthos after all.

First up, we have Mogis, God of Slaughter.

With Mogis by your side, you will summon hoards of cattleâ.â.â.

.â.â.âand you will know the spoils of war.

Second, we have Iroas, God of Victory.

With Iroas by your side, you will summon a legion of warriorsâ.â.â.

.â.â.âand you will lead them into war until you are victorious.

Taking these two fifty-card lists, I shuffled them together into a single W/B/R, hundred-card singleton deck. In order to have this deck function as any other Commander deck would, I came up with the following additional rules when using the deck:

I set these rules up to ensure that I did not gain any kind of serious advantage over my opponents by having two commanders, and it would also to tie into the flavor of the gods and how they are fighting over being my commander. I could not, however, resist the urge to have some sort of opportunity where I could have both Gods on the battlefield at the same time. I quickly realized that, due to the fact that my deck had two commanders, I would be playing from a list of ninety-eight cards instead of the normal ninety-nine. Looking through the red cards of Theros block, I realized that I had left out a crucial card when constructing my two lists:

That was when it hit me. Dictate of the Twin Gods is the perfect ninety-ninth card for this deck, and it fits right in between the two Gods. What if this card enabled me to control both Gods? I came up with a few additional rules for using this deck:

After a couple playtests against some of my other decks, I decided to take the deck to my local playgroup and see what they would think about the strange setup and additional rules. At first, they were skeptical, and they voiced concerns that I would have an advantage being guaranteed both cards at the start of the game, but once I explained the additional limitations I would be putting on myself, they came around to the idea and were willing to let me try it out.

The deck ended up being a huge hit, not only because it created some interesting play situations for me, but because the rest of my group really started getting into the flavor of what my deck was representing. The best part? We started discussing the flavor of Theros while we played, contemplating the origins of the gods and what was behind their existence. Some of the group members even started brainstorming creative deck ideas of their own, which we would all discuss.

I hope you enjoyed this different approach to deck-building, and I hope that it inspires you to be creative and think outside the box when you are crafting your decks. Magic is a beautiful game in that it is what you want it to be. Your only limit is your own imagination. Who knows, the next great casual Magic format (like Commander) could come from you!