You come to Issar Roonâs study after dinner with a full stomach, anxious for a story. You knock on the familiar, oak door in what has become a weekly ritual these past few years. An answer does not come immediately. Out of idleness, you run your hand along the doorâs face, taking in the deep grain worn smooth by wind and age. It feels gentle, yet unyielding, like that of an elderly grandfather set in his ways.

You knock again, rapping as hard on the door as you dare for fear of the skin on your knuckles. A sound stirs within, and it seems you have finally caught the old manâs attention. A shuffling sound, like that of someone taking small steps quickly, comes to your ears. The door opens without your assistance, but when you push it further, you find the old man at his desk, hunched over his books. Unsure of what has just transpired, you keep your mouth shut and go to your usual spot on the rug.

Welcome. If you will sit patiently for a few moments, I shall be with you shortly.

Knowing the old man to be irritable when it comes to being disturbed, you wait quietly. So used to the clutter and disorder of the study are you that you almost completely miss the neatly arranged book shelves on the far wall. Before you have a chance to ponder the reasons, the old man interrupts your thoughts. 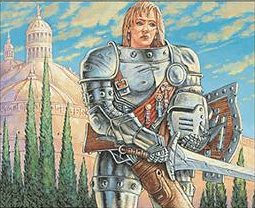 There we are. Iâve finished for the time being. I imagine my young student has come for another tale, has he not? Let us avoid all our recent talk of serious matters. Today, I shall inform you of the subject of a lost land on Dominaria, Caliman.

Caliman is located in the far south of Dominaria, far from the majority of the planeâs civilizations. It, like Sarpadia, has survived countless planar devastations and planeswalker scuffles thanks almost solely to its location. The Thran are the last known civilization to have traveled to Caliman, and that was millennia ago. Since then, the races of Caliman have been left to their own devices, removed from all other lands.

Like many areas on Dominaria, detached or not, Caliman is home to common races: humans, elves, goblins, giants, wurms, and dragons. In fact, many would find it unremarkable when compared to other areas of Dominaria if they did not look closely. It is when one looks at the details that they are able to see what sets Caliman apart: technology. Perhaps it is the passing of Thran technology onto future civilizations. Perhaps it is the isolation of the island that allowed technology to progress so quickly without interference. I am not sure of the cause, but I certainly know the result. 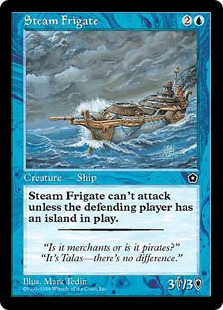 While much of the plane has made little advance in technology since the Thran civilization collapsed, Caliman has progressed rapidly, and Alaborn is the greatest example. A peaceful civilization at heart, the Alaborn developed weapons similar to the firearms one can find here on your plane out of curiosity and as a precaution. These weapons were quite helpful when they eventually encountered goblins. More recently, they were used to defend Alabornâs cities from the swamp queen, Tojira, and her nightstalkers. I speak too much of weapons and warâAlaborn is best known for its festivals, none greater than the Festival of Trokin. 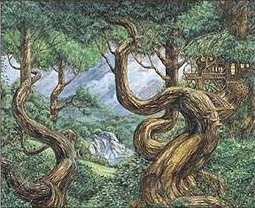 The other major technological center on Caliman is the Talas, a coastal region on the western edge of the island. It is populated by dark-skinned humans, skilled in the arts of trade and piracyâsometimes both. Though they have acquired a few firearms from the Alaborn, their feats of technology focus on steam power. Their frigates and airships are powered by that machinery, bringing them into contact with all races on Caliman, for good and for ill.

One of the races the merchants of Talas have aggravated the most is the elves of Norwood. Constantly logging undefended regions of the Norwood for their ships, the Talas have made permanent enemies out of the elves. I would not be surprised if all elves in the Norwood were brought up with stories of the evil merchants. Beyond constant warring with the Talas, the elves interact little with creatures beyond their forest. Believing in a balance of nature, they do not seek others out lest they have already disturbed the Norwood. 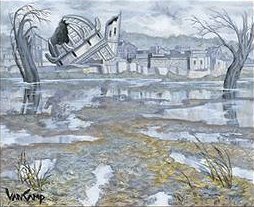 Finally, we come to Dakmor, the wet lowlands of the island. Once a Thran city, it is now a large swamp, home to the self-proclaimed Queen Tojira and her minions. Through all my travels across the multiverse, I have never found a land with more nightstalkers than Dakmor. They provide ample numbers for Tojiraâs ruthless plan to conquer the rest of Caliman.

I do not know how the island of Caliman exists today. Indeed, my last visit to the land was directly before the Phyrexian Invasion. I am unsure if Alaborn survived Tojiraâs assaults, let alone the Invasion itself. However, I can safely say that the rest of Dominaria is still oblivious to Calimanâs existence, as I am sure news of their technology would travel. I have heard tales that survivors of the Invasion and Mending were gathering in Dakmor, but for ill or for good, I do not know, nor do I wish to find out myself. I am too old for field research.

With the last of his words, the old man flicks his wrist in a vague gesture to indicate what lies beyond the roomâs walls. Silence once again fills the room, interrupted only by the occasional scratch of his quill. With nothing left to hear, you make your leave through the old, worn door.