I know what you're thinking.

"What is this nonsense? This article isn't about Magic: The Gathering! Imposter!"

And you're right! My name is Brian Hourigan, and I'm incredibly excited to be bringing you all kinds of content for what has quickly become my favorite CCG of all time, Star Wars: Destiny.

What is Star Wars: Destiny?

Whether you're coming from a Magic background like I did or you're brand new to collectable card games in general, Destiny has something for everyone. One of the key differences between Destiny and other CCGs is that your deck is centered around a set of characters that you choose to build around. Characters have point values assigned to them, you begin the game with them already in play, and they determine what types of cards you're allowed to include in your deck.

In addition to the unique deck construction, Destiny also includes an element not often found in other CCGs: dice. I can hear your complaints already, "Dice in a card game? That sounds awful. Card games are random enough as it is!" - but hear me out, because I thought the same thing...initially. The thing is, the inherent design of Destiny gives you a vast amount of ways to control the randomness that comes from dice, whether it be via plentiful re-rolls, abilities that let you flip dice to exactly want you want, or ways to control or manipulate your opponent's dice, I've learned that skill will virtually always outshine "luck" in Destiny. 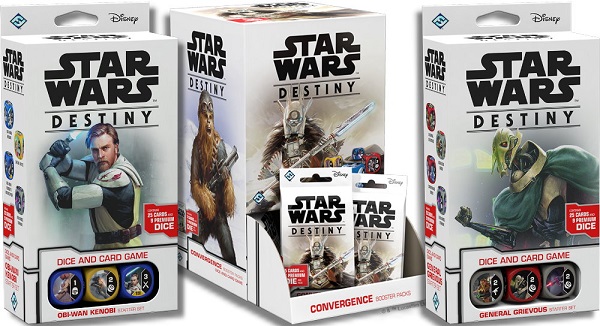 If you're interested in learning more about the game itself, I highly recommend checking out the official Fantasy Flight Games page, where you'll find a more detailed explanation of the game and a full rulebook. After that, be sure to check out my podcast, The Sons of Mandalore (yay shameless plug!), where we discuss all aspects of the game from casual all the way up to World Championship competition.

What is this Series?

My goal for the Destiny on a Dime series is to help players who are interested in getting into the game find a good starting point based on two main factors:

This article specifically is going to focus on competitive play in the Trilogy format, but we'll talk a little about Standard as well. If you're not familiar with what that means, Destiny sets are organized into "blocks", much like Magic. Trilogy, in the simplest terms, is a format that is restricted to only cards from the most recent block. At the time this article was written, the most recently released set is Convergence, which also happens to be the first set of a new block (somewhat confusingly, the block is also called Convergence - each block is named after the first set in that block). Therefore, at the moment, the Trilogy format consists only of cards in the Convergence set, and the recently released draft set, Allies of Necessity.

I chose Trilogy as a starting point because it's the easiest format for new players to get into. It has the smallest card pool of any Constructed format, and therefore you can become competitive rather quickly.

With all that out of the way, let's dive right in!

Since Convergence is a "core" set (i.e. the first set of a block), it's slightly different in that there are a couple starter decks in addition to the cards available simply through booster packs. Some of the cards in these starter decks are exclusive to those starters, but if you're simply looking to be competitive as cheaply as possible, I don't believe either deck is necessary. There is one specific exception to this, in that General Grievous - Droid Armies Commander himself can be competitive if built correctly, but I'll get into that later.

Don't get me wrong General Grievous - Droid Armies Commander and Obi-Wan Kenobi - Ardent Avenger are both super fun, but they're not necessarily meta defining characters. If you're not on a tight budget, I definitely recommend picking them up, but if you're trying to save (and you're not interested in those characters specifically), you can safely skip these.

Ah yes, the tried and true method of CCGs: Just get Convergence booster displays! A full booster display will get you 36 packs, which comes with a guaranteed 6 legendaries and 30 rares. Each display is $89.99 on CSI ($108 MSRP), so adjust the number of boosters based on your budget. Of course there are pros and cons to this method, so let's take a quick look at what those are. 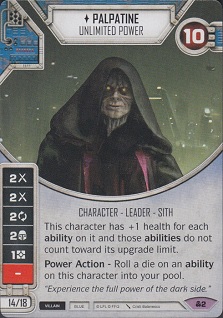 If you decide to go the booster display route, here's a pro tip: Find a friend who is interested in playing, buy double the amount boxes, and then "draft" the cards from them! This way you both can target exactly what you want, taking some of the randomness of booster packs out of the equation.

Budget Considerations: This one is easy. Just figure out how many boosters you can afford with your budget and go for it!

Drafting in Star Wars: Destiny is a lot of fun, and has the added benefit of teaching you the basics of the game on an even playing field while you build your collection at the same time. It's important to note that in order to participate in a draft, you'll need a copy of the Allies of Necessity Draft Set. The cards in this set give you a baseline of cards to use in your draft deck just in case you don't pull any usable characters. 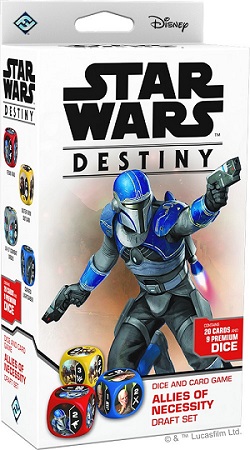 Pro tip for this method: Our local playgroup actually prefers to "re-draft" the dice cards at the end of the event. This simply means that once we're done playing our games, we put all the rares and legendaries in the middle, and do a snake draft all the way down until all cards have been chosen. Not all stores/events do this, so be sure to ask before you start. However, this style has many benefits. The most obvious benefit is that every player (drafts are done in groups of 6 typically) is guaranteed 1 legendary, even if they lose every game. Not only that, the last place player gets a legendary AND the best available rare. The other, less obvious benefit is that as you're drafting cards, you can focus on building a better, well balanced deck, instead of feeling like you need to draft certain cards just because "they're worth more". It tends to result in a more fun and fair event, so I highly recommend you try it out!

Budget Considerations: The draft set is going to cost you about $15 up front. After that, individual drafts range from $15-20, depending on the shop you play at. The $20 variety should have prize support in the form of packs, which will of course help justify the value. Because of this, using purely drafts will be a difficult strategy if you have a smaller budget (say around $100), as you'd only get 4-6 drafts before your budget ran out). Re-drafting dice cards helps target what you want, but the best method on a small to mid-range budget is likely a combination of drafting and the next option...

This is another tried and true method for all CCGs, and can be used in combination with any of the above methods to flesh out what you need. 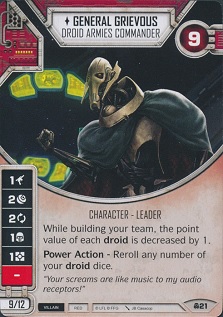 As it stands right now, if you're on a budget and looking for a relatively competitive deck, my recommendation would be to look at General Grievous - Droid Armies Commander. The downside is that you'll need to buy two copies of the General Grievous starter deck, but the good news is that you can make strong decks in both Trilogy AND Standard with him... and he's fun to play! Here are a couple quick decklists if you want to try them out:

Attack of the Droids | Trilogy

Both of these decks are cheap to assemble (the majority of the Trilogy version is made from cards from the starter decks) and strong enough to be competitive... plus they're fun!

Of course, Grievous isn't the only character you can build around on the cheap. Other cheap Standard-legal decks can include Kylo Ren - Tormented One / Count Dooku - Corrupted Politician, Rex - Clone Captain / Kes Dameron - Courageous Sergeant, and more! If you're interested in a particular deck, leave a comment or hit me up on Twitter @_kroozin and I'll be happy to help you out.

At the end of the day, there are endless ways to dive into competitive Star Wars: Destiny without breaking the bank. Whichever you choose, find some friends, roll some dice, and have a blast with this amazing game!

Welcome to Destiny, and May the Force Be With You.