Now that even the mothership covered Tiny Leaders, I won't waste time introducing the new format. Instead, let's take a look where things stand, just two or so months into this national momentum.

Anax and Cymede by Willian Murai

First and foremost, the discussions online are lively, growing, and increasingly competitive. 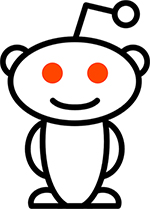 The subreddit r/TinyLeaders, which now boasts about twenty-five hundred subscribers, started off with daily Alesha, Who Smiles at Death lists from people who hadn't played a single game, prompting redundant guesswork from the equally uninformed. That climate of conjecture persists, to a degreeâsignaling a virile brewing sceneâbut the lists are hardening into playtested consensuses. We're seeing the first tournament reports from local game stores across the country, podcasts hosting discussion, and Twitch channels streaming matchups between key decks. Until MTGSalvation anoints a dedicated forum, r/TinyLeaders is the best resource online.

Over on Facebook, the Tiny Leaders group is around the same size, but, as that site entails, it hosts a more casual conversation. Quick questions, decklists, and bare musings populate the group's newsfeed, as often rigorous as comedic, if a bit frivolous. I welcome its injection into my own newsfeed, as I'd way rather see banter about Magic than surprising descendants. At the moment, this community seems to be more supplemental than it is a destination.

I reached out to stores from which players were posting tournament results, and I learned about these nascent Tiny Leaders scenes from their organizers. Several stores report the beginnings of tractionâjust five or six players coming out to eventsâbut others have much higher numbers to flex.

"We decided to do a [Tiny Leaders] FNM because of the new FNM structure," says card buyer Jason Collins. "Four people showed up and wanted to play Standard, and because Standard wasn't going to fire, the Tiny Leaders players lent them decks so everyone could play in the same tournament."

Collins describes the store's meta as "Legacy-lite," with players abandoning aggro for "more midgame strategies, now that they know what the format feels like."

At the The Monstore in Montclaire, CA, employee Drew Monohan reports a scene of about twelve regulars with another twenty dipping their toes, and weekly tournaments on Sunday afternoons.

He describes the meta as "pretty casual," with "about four to eight try-hards," including himself. "[The scene] is definitely growing," he says. "I love the format, and I'm really trying to push it to Commander players."

Dave Beaubien of Fun Factory in Traverse City, MI, says he's noticed a buzz around the store, with an average of eight players showing up for the last three weeks. "I think there's going to be a lot of people into it," he says, anticipating more regular attendance when this winter stops punishing his region.

As Collins alluded, the format is essentially singleton Legacy with mini commanders, which seems to be attracting Spikes and casuals alike. This entails some spillover of Legacy archetypes as well as a range of competitiveness. For the most part, however, decks are lean and strong.

Given the Eternal card pool and smaller-than-ever decks, mana bases are tuned with zero room for slack: Revised duals abound, and three-color lists might not run any basics (empowering Blood Moon). This polish is, of course, ubiquitous on Cockatrice, but itâs probably more relaxed in LGS metas. Still, newer players might be facing down some cash.

Staple-wise, the 3-man constraint prioritizes alternatives to classic favorites by stipulating their drawbacks from the start: Specifically, Smother is Murder for

, Inquisition of Kozilek is Thoughtseize without the life-loss, and Unearth is nearly the same for Reanimate. Likewise, Eidolon of the Great Revel and Pyrostatic Pillar burn players for casting spells, and Trinisphere ruins curves. Order of Whiteclay is a thing that exists.

Due to Geist of Saint Traft and True-Name Nemesis, Council's Judgment arose as the Vindicate of choice for its exiling effect, single color, and, above all else, lack of targeting. It doesnât hit lands, but thatâs what Wastelandâs for.

Finally, players learned quickly that simply halving your Commander deck yields subpar results, since that format's languid openings will get you steamrolled here. The migrating legendaries therefore sport reimagined buildsâmost notably Animar, Soul of Elements, whose fatties disappeared. By the same token, quite a few forgotten faces gained their first shots at viability.

Currently, the decks to beat are:

Others vying for the top include:

Geist of Saint Traft, especially in its more controlling builds, just beats face with that Angel while keeping your board clear. The word hexproof demands Edict effects in every black deck's sideboard, and both Arcane Lighthouse and Glaring Spotlight assist in other colors. Against Ezuri, Renegade Leader, playing solitaire means death on turn four to an elven muscle-wave. Taking out Ezuri himself, however, reduces the deck to an entourage of dorks. Merieke Ri Berit can come in several forms, but her win cons are usually Nephalia Drownyard with Ashiok, Nightmare Weaver or the combo of Thopter Foundry and Sword of the Meek combo. Speed and hand disruption are your friends here.

Note that Alesha, Who Smiles at Death seems to be what everyone brews firstâwhich was also the case for meâbut she just isn't putting up results. Over two weeks of Cockatrice playtesting, I arrived at a pretty polished aggro list with more than twenty-five creatures. The deck may sweep against control in game one, but it never goes big enough to topple midrange, and it falters to sideboard answers regardless. It just isn't well-positioned in a format with Stoneforge Mystic and Swords; if you try to run that package for yourself, you hinder the speed upon which the deck depends, and you may as well play a different commander (it's Brimaz, King of Oreskos).

I could spotlight a number of the lists above, but the following three curate my favorite things happening in the format.

This list, by Jake Bartlett of Massachusetts, out-values the opponent with good stuff on parade. Every card is excellent on its own, and the assembly equips you for a range of matchups. Piloting this looks like a blast.

As author Mike Pitfield from Toronto, Ontario says, this deck âplays all the most versatile cards while keeping [its] curve as low as possible,â slinging burn, counters, and deck manipulation while its commander swings. The list seems reactive, skill-intensive, and swift.

I hope this article paints a clear landscape and serves as a map for brewers. Thanks for reading, and as always, follow me on Twitter for MTG-unrelated comedy.

Quotes were obtained via phone interviews.