Writing this column has a very favorable cost-to-benefit ratio. I enjoy writing it, and the more I write these, the more people Iâm connected to and the easier it becomes. In a way, the number of new Twitter followers Iâm receiving each weekâas a result of the interactions I have with members of the communityâand the number of people who are happy to be interviewed and discuss things with meâwho might not have made time otherwiseâserve as object lessons for the merits of interacting with more people. Even if youâre not writing articles but are trying to find deck ideas, learn about new tech, or just improve as a player, I donât think itâs too much of a stretch to think you canât experience similar success by widening your net. In my experience, an excellent way to receive answers from the top Magic players and creators is to actually take the time to ask them.

Todayâs article is brought to you with a little help from my friends. In a lot of ways, Ryan Bushard (youâre following him, right?) is the Wilson to my House. As a phone call solidifying our plans for Grand Prix: Milwaukee that should have taken two minutes turned into a two-hour conversation, the idea I had for todayâs WtF went on a back burner, and a new idea took its place. With a quick tweet to Gavin Verhey (youâre following him, right?), I had a solid list of R&D all-stars, which allowed me to fast-track the research process and get this column out the same day the idea was conceived.

Todayâs theme was inspired by Ryan and me talking about the upcoming Duel Decks: Heroes vs. Monsters. This Duel Decks boasts a whopping six new cards from the upcoming set Theros, which sounds like it canât decide if itâs Greek or Roman but also sounds like it will be an awesome set. Since these sets come from somewhere, and more importantly, someone, I want to start off by talking about one of the designers who worked on Heroes vs. Monsters whom you should be following. 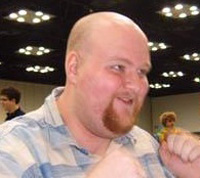 Where You Know Him From: StarCityGames or Latest Developments on DailyMTG.com or a site called GatheringMagic

Current Title: Game Designer at Wizards of the Coast

Sam Stoddard lived the dream. He went from grinder to Wizards intern to Wizards employee in a meteoric rise that gives hope to the rest of us who only dream of making a living from this game (legitimatelyânot the jankity way I do it!).

If the only value you generated from following Sam on Twitter was his turning your attention to great âinsiderâ stuff from other Wizards employees via retweets, it would still be very easy to make a compelling case for Sam. Following someone who used to cash Pro Tour events, who writes well enough to get gigs on three major websites, and who is now responsible for bringing you new cards should be an easy sell, but it doesnât stop there. Sam is now part of a network of influential members of the R&D community, and few people have provided me with more useful information. This guy is all value all day, and I think he deserves a followâ.â.â.âat minimum. 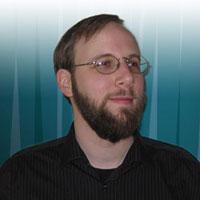 Where You Know Him From: Winning the Great Designer Search 2, possibly upsetting you with You Make the Card 4 not ending up as a land

Current Title: Designer at Wizards of the Coast

Remember what I said about Sam Stoddard living the dream? Scratch that. Ethan Fleischer rose out of an obscurity that makes Sam Stoddard look like Jon Finkel by comparison. Sam was an established pro player, whereas Ethan was someone who just loved the game as well as animation (check out his personal website!) who decided to stomp the competition in the Great Designer Search 2. Since the ability to win that contest required the exact skills WotC was looking for in a designer, his big win there made him a natural fit for the R&D team.

Trick Jarrett (youâre following him, right?) emphasized Ethanâs role in the You Make the Card 4 project when he saw on Twitter that I was asking whom to follow, so Ethan comes quite highly recommended indeed. I find myself impressed the way Ethan is walking everyone through the YMTC process.

.@jsbpax Multicolored is not an option. We don't have a multicolored slot we can use in the set the #YMTC card will appear in.

@tqmurdock Nope. It wouldn't work in the set we're going to put the card into.

Even if YMTC is drawing to a close, what are the odds you wonât find great inside info about the next project he works on just by following him on Twitter? Donât bet on it. 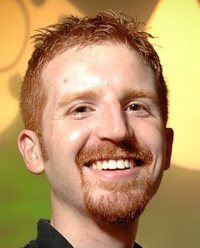 Where You Know Him From: He also wrote for Latest Developments on DailyMTG and for StarCityGames

Current Title: Designer and Developer for Wizards of the Coast

If you donât like Innistradâs double-faced cards, youâre probably in the minority. Once I got over how annoying they were in Booster Draft, I was able to enjoy how powerful a good number of them were and how skill-intensive cards that originally appeared simplisticâsuch as Mayor of Avabruckâtruly were. So unless youâre in the minority, you have this man to thank. Tom is responsible for pitching the double-faced card idea. Iâm imagining it went over with the R&D crowd initially roughly as well as it did with the community, but if it werenât for his sticking to his guns, we wouldnât have Huntmaster of the Fells. (But we wouldnât have flying nacatl either. Who knows whether it was worth it?)

His Magic rÃ©sumÃ© is quite impressive, and heâs been the lead designer or lead developer on a number of sets that I enjoyed a great deal (albeit in my capacity as someone who almost exclusively plays Limited now). Recommended by Gavin for consideration in this series, Tom is a very influential member of the R&D team, and his contributions to Twitter are nothing to sneeze at. Really, no oneâs contributions to Twitter are to be sneezed atâthatâs a terrible idiom. What are you, allergic to opinions? Iâm upset with myself for using such a trite expression, and Iâm letting it affect my work. You deserve better.

Honestly, if you followed Tom just for his contributions to the #overheardinthepit hash tag, I couldnât fault you for it. Tomâs great value, he comes highly recommended, and his job is fancy and important, but he doesnât let that stop him from interacting with the community. Seriouslyâfollow him.

And there you have it, folks: another exciting installment of this series. It never ceases to amaze me when people, even people who write for this very website thank me for the deluge of new followers who come with my weekly contribution to the community. I like that Iâm helping you find reasons to follow these folksâeven if I think itâs silly that someone like Ryan Bushard, whose readership has to dwarf mine here at GatheringMagic, found new followers after I profiled him in an earlier WtF installment. Iâm sure the new followers read his weekly articles but just needed a gentle reminder to follow him. While youâre at it, why not follow yours truly? If nothing else, my retweets are like a mini, mid-week Who to Follow. Iâm sure you can all see the value in that. Thanks for making this column so rewarding to write, and join me here next week, when Iâll be bringing you all the quality magical content your faces can handle.