Welcome back, Lore Seekers, to the next lesson in your Magic Story 100 course. Today's lesson follows-up on Magic Story 100: Where to Start. In the past I've provided links to Magic Story resources, but today I'm going to look a little more closely at those resources to help guide you in what may or may not be relevant. Today we're looking at what was commonly known by the fandom as the "Pre-Revision" Era of MTG. Please note that I can't possibly cover everything in the word count allotted, and there will be a number of corner cases I miss.

The Pre-Revision moniker comes from an idea that there was a 'great revision' of Magic lore that occurred during the shift to an internal story creative process at Wizards of the Coast. The accuracy of that moniker is dubious, but the name has stuck, so that's what I'll be using today. This era begins with Limited Edition Alpha in 1994 and ends roughly with Alliances in 1996, and if you're wondering how much Magic content could be produced in roughly two years... read on. 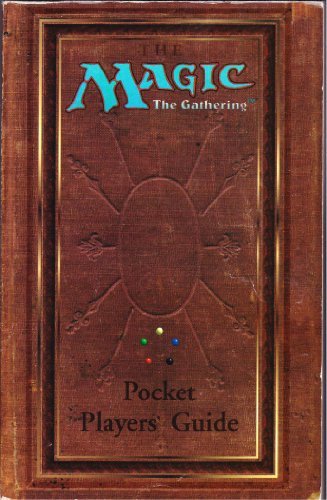 The Alpha rulebook framed the flavor of Magic as a duel between two planeswalkers. The planeswalkers in question? Worzel and Thomil, although Worzel was the first. The first actual Magic story to feature this pair was called Roreca's Tale, written by Richard Garfield and published in the Magic: The Gathering Pocket Player's Guide in 1994.

Wizards of the Coast limited their own internally published stories to short fiction in this era. The Nature of Dominia and Encyclopedia Dominia (both referencing the old name of the multiverse, Dominia) both featured web fiction and flavor about the early (Pre-Mirage) Magic sets. The Duelist, Magic's official periodical, also featured some lore content in the form of "From the Library of Leng", although some other one-off content may have appeared. All of these largely served to give the flavor of the sets Magic visited. They're all available free online (in some cases using the Wayback Machine).

HarperPrism, an imprint of publishing house Harper Collins, is responsible for the early Magic novels. Somehow putting out twelve novels in the span of two years (don't get too excited or snide... there's a reason no one talks about them, save one), HarperPrism is responsible for a lot of the early Dominaria worldbuilding. 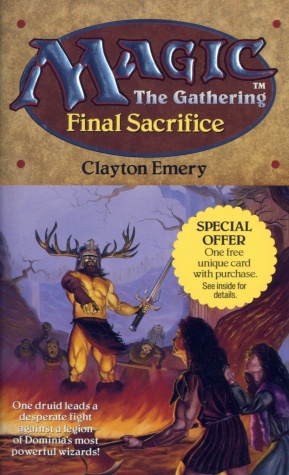 Final Sacrifice came with now infamous mail-in form to get a Mana Crypt!

Arena is an iconic Magic novel, despite being one of the least widely read by the current fanbase, and the most likely to be invoked by someone who hasn't read Magic fiction since. The Greensleeves cycle stars the titular character on Domianria, facing down mages and planeswalkers (and briefly becoming one herself). These stories are where a lot of early Magic worldbuilding took place, taking place vaguely in the centuries between the end of the Ice Age and Phyrexian Invasion.

It's also important to note during this era, being a planeswalker wasn't an intrinsic part of someone's soul, but something anyone with sufficient power could attain. It led to some confusion as the idea of the planeswalker spark coalesced into a little more firm of a concept.

Harper Prism also published a number of stand-alone stories taking place around the sets of the time or based on popular cards at the time. I genuinely don't recommend tracking any of these down. While Arena may be worth reading (if a dated and largely irrelevant entry in Magic canon) these novels are simply not good.

The two anthologies released by Harper Prism are mixed bags. There are some very interesting concepts contained within that Magic has expanded on, but for the most part they're also irrelevant. As disappointing as it might be to hear that the first twelve Magic novels are largely irrelevant and not worth the effort of tracking down to read, there's so much early Magic content that it's more of a relief not to have to track it all down.

A scanned retail poster. Thanks to MagicLibrarities.

The now-defunct Armada Comics printed the most relevant Magic lore of the Pre-Revision Era. While every comic here isn't particularly relevant, much of the lore established in these pages is the foundation from which the rest of continuity was built. In fact, the idea of 'The Revision' stemmed in part from WotC publishing novels based loosely on many of the stories told in these comics. Some of the details changed (or were 'retconned', in popular fan speak), but for the most part the core of these stories stayed the same.

These comics held all the components we see in Magic stories today - a core stable of planeswalkers that featured into different stories as needed. Over the course of these comics, several meta-narratives emerged. There was the Carthalion lineage, a family who over the generations kept finding themselves embroiled in the affairs of planeswalkers. 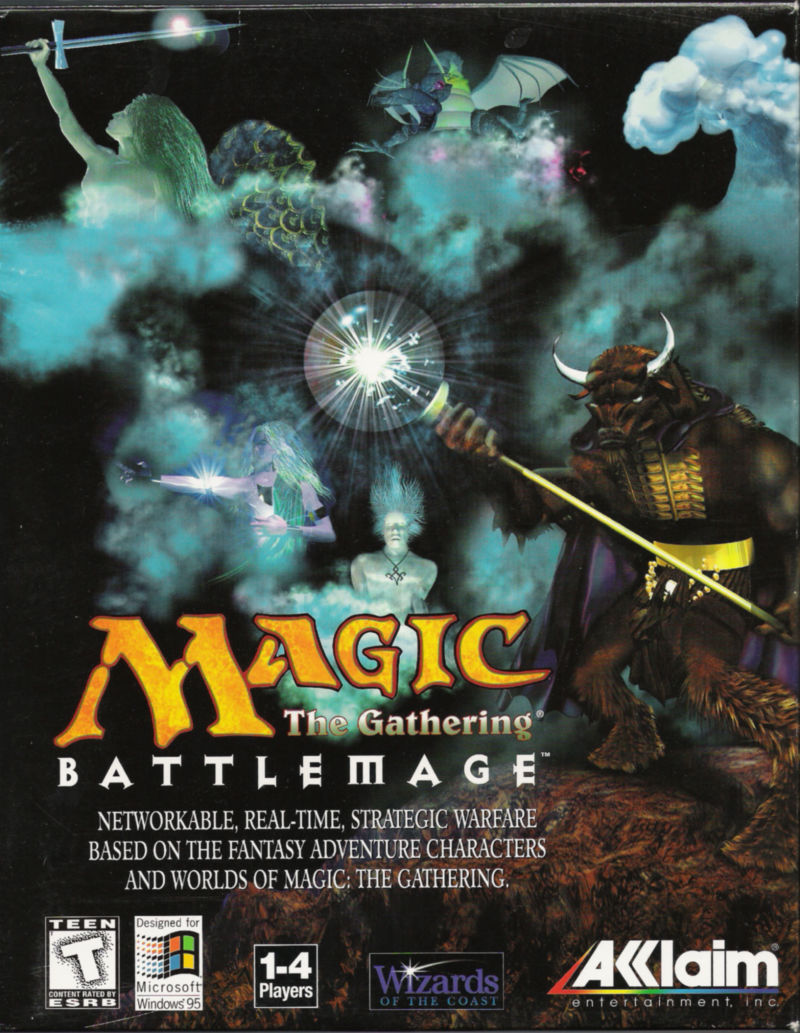 The box art for Magic: the Gathering - Battlemage

If you want a simple narrative arc, I recommend reading the Elder Dragons, Dakkon Blackblade, Fallen Empires, Ice Age, Shandalar, Homelands, The Shadow Mage, and Wayfarer. These stories make up the core story arcs of the series and are the most relevant to Magic fans today. The Shandalar comic serves as a prologue for the Microprose video game of the time (which made a popular resurgence for streamers a couple years ago). The lore of the other planeswalkers involved also tie into the video game Battlemage (published by Acclaim, those folks who owned Armada comics). Those planeswalkers that survive these stories will go on to appear in pivotal events like the Phyrexian Invasion and the Mending (although usually to kill them off).

Antiquities War, The Urza-Mishra War, and Jedit Ojanen should be skipped, as their stories are mostly retold in later novels (although with Jedit... it's debatable whether the novel format was better). The other stories are largely one-offs that don't factor majorly into any other story.

The overarching narrative of these comics was all leading into a grandiose event called "the Planeswalker War" (sound familiar?) which featured a mox beacon that draws planeswalkers to Dominaria. If you're curious about the story of these comics but don't want to track down over a dozen old comic issues, The Story of Battlemage Ravidel (also linked above) is a summary of all the relevant lore that lead into the Battlemage video game.

While some of these stories may have seen publication in 1997, by the end of 1996 Magic had begun consolidating inward, both from the story side and from the card development side. The earliest results of that could be seen with Mirage, the first Magic expansion to only have an online story summary to coincide with it (we'd see this again over a decade later with Innistrad). I'll cover Mirage and the Weatherlight Saga next time, so stay tuned lore fans!