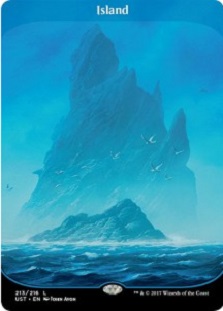 Did you have a good holiday? Weâre not done on this Magic train and weâre on the eve of another set release. If youâre feeling the fatigue, donât worry; youâre not the only one. The next set coming out is Unstable and it contains a lot of special cards that I want to talk about financially. Most of the set is silver bordered and not legal in any Constructed format. This has a huge impact on the price of the cards that are legal, and sometimes on the cards that arenât. If youâre not a fan of crazy draft formats, then maybe youâre better off saving that money on singles that continue to drop.

The single most iconic thing to come out of the un-sets is definitely their basic lands. Theyâre tournament legal (due to having black borders) and were the original âfull artâ lands. Most of the value of a sealed booster box of those sets is due to its rarity and expensive basic lands in every pack. Outside of those cards, however, not many cards are worth very much money. The buy-lists for non-basic land cards in both Unglued and Unhinged is pretty abysmal. You may find some vendors willing to pay $1 for a Cheatyface (one of the few cards worth anything in an Un-set) but the vast majority of these cards are basically bulk. The cards in Unstable will most likely follow a similar price trend to the draft matters cards from Conspiracy like Caller of the Untamed and Hymn of the Wilds. Basically, you canât expect to open much more value in the booster pack than the price of the basic land.

Well, thatâs what you would expect anyway with an Un-set. There is actually still more value to be had. Some packs will contain foil double-faced tokens that could also help to offset some of the cost of the booster. The most common double-faced foil token is the zombie that was included in Eldritch Moon Pre-release boxes. Itâs possible some of the most iconic and sought after tokens like the angel could easily be worth $3-5 and help to prop up some of the box price. 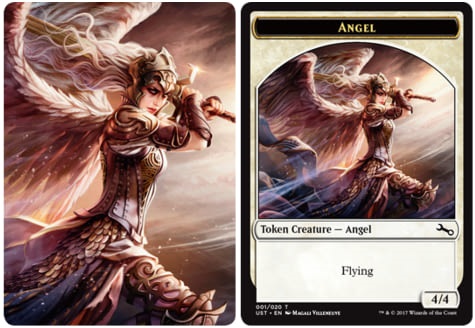 So what can you expect out of Unstable then? Well it will definitely be a unique draft environment. Iâm not sure how well contraptions might catch on with the casual crowd but there are for sure some cards with reasonable chances of being played at kitchen tables. At the end of the day if you want to open a box and draft it with some friends you will likely break even or come out slightly behind on the basic lands alone. Long term I donât expect it to perform nearly as well as the sealed product for Unglued and Unhinged because it will be pretty readily available and likely include a lot more supply than both of those sets combined. If you enjoyed Conspiracy, I think youâll find value in this. If you didnât, Iâd probably save my money for some singles you can pick up cheaply in a month.

Iconic Masters singles continue to fall and the bottom is coming soon. Black Friday sales have cleaned out the sealed product from a lot of stores and we should see another wave of singles hit the market as they arrive. If youâre still waiting to buy in, youâre almost there. I canât stress this enough, if you want anything from Iconic Masters you need to keep an eye on the prices because once they hit the bottom they can rebound pretty quickly and youâll miss the best time to buy in. If I had to guess, the bottom will probably be Christmas Eve as many players will feel the burden on their wallet ease up after theyâve exchanged gifts with their families.

I hope you all enjoyed this article and are ready for a break. Iâm going to be taking a short break from writing during December as the market tends to not change a whole lot. My first article of the new year will be January 8th where Iâll recap the last month and what to expect going forward.