Last week I tried to put into words some of the things that have felt off about Magic lately, and based on the responses and comments it seems like many of you have been feeling similarly. As I mentioned in the article, I try very hard to keep my content positive and fun, but I felt like it was something that needed to be explored.

Today, I want to counterpoint that negativity by looking at the things that Magic has gotten right over the last few years. Magic is still one of the greatest games ever made and there have been some big advancements in the game recently that deserve praise.

MTG Arena is not without its flaws. As we talked about last week, the economy feels unsustainable and in need of some sort of overhaul, while there's also clearly a lack of resources for both current and new features.

That being said, Wizards of the Coast absolutely nailed the port to mobile devices.

When MTG Arena was released and there was talk of it eventually being ported to mobile, I figured that playing on a small phone screen just didn't seem feasible, but being able to play on a tablet sounded awesome. Boy was I wrong, as they managed to design an interface that is clean, simple, and extremely effective at allowing one to play even complicated games of Historic or Standard on a phone with ease. Drafting is also a blast on the go.

The only thing that is a bit difficult is the deck-builder, but that is to be expected without access to a keyboard and a larger screen, but aside from that downside the implementation is astounding.

This is obviously just awesome for someone who's into Magic and MTG Arena. Being able to fire up a quick game of Historic or even start a draft while on the bus or in a waiting room is incredible, but the real boon here is how much reach mobile gaming has. This is a great tool to both bring in new players as well as lapsed players with a simple and easy to download and play version of Magic.

The mobile release of MTG Arena is nothing short of impressive.

Staying on the topic of MTG Arena, let's talk about the best thing happening in Organized Play right now. Yes, Organized Play is a mess at the moment, but if there's one thing that works well it is the major events on MTG Arena.

First up is the MTG Arena Opens, which happen around monthly and offer $2,000 as the top prize across two days of competition.

While paper Magic has its own charm and appeal and in person tournaments are by far one of the best experiences in Magic, online play offers its own unique set of challenges. Swiss play doesn't translate nearly as well to online play, as downtime in your own home is much less fun than downtime with friends at a tournament location. Downtime is a necessity of paper play, but can be avoided online. It's also important for events to have a proper carrot at the end of the line to provide both incentive and reward for doing well.

The MTG Arena Opens nail this on basically every level. Asynchronous play, allowing you to queue up your matches on demand and play them as you see fit during the time window is such an astounding upgrade to Swiss tournaments it's hard to imagine on online tournaments could be run any other way (with the exception of actual high level events that need to play to a winner). And being able to win up to $2,000 in a weekend from the comfort of your own home is also incredible. The MTG Arena Qualifiers follow a similar structure and are also just awesome events.

It may not be as excellent as going to a real paper event, but the MTG Arena Opens are definitely the next best thing.

We're currently in a renaissance of Limited Magic design.

Limited Magic was once one the backbone of organized Magic. The great equalizer, Limited events were used for everything from Friday Night Magic all the way to PTQs and Pro Tours. They were also the primary focus of the early days of Magic Online, which felt like it was simply a drafting machine, as well as being the most popular after-hours activity among pros at Pro level events.

With recent Limited design being so good, this has begun to shift.

Recent Limited formats like Ikoria and Kaldheim have felt like all-time great formats, being incredibly dynamic and balanced (mostly) for unheard of levels of replayability. They've really hit all their marks, and even the misses like Adventures in The Forgotten Realms were still very enjoyable.

It's been super fun getting reacclimated with Limited after starting my career, as it's been just too good not to play.

Some of my complaints last week were levied at Wizards of the Coast for the feeling that they were seeking short term profits over long term health of the game, so this one might seem odd to some. Furthermore, if you know me as a Magic player you know that I personally hate foils and all sorts of other alternate art "fancy" cards.

So, why do I think Collector Boosters (and other premium products like Secret Lairs) are good for the game? 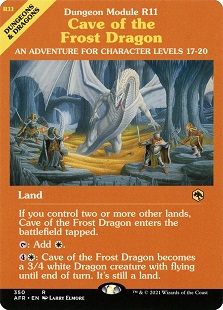 The simple reason is that they separate the collectable aspect of the game from the game part of the game, allowing players who like to collect the opportunity to opt in and do so if they choose. Your foil, extended art, japanese, etched Llanowar Elves still taps for one Green mana the same as my beat up 7th Edition ones do, and this is a good thing! Players who just want to play the game and not collect can collect the cheaper versions of cards, while collectors who want to find the coolest versions of cards for their Commander decks can do that as well.

I almost wish they would go further with products like this, as they're welcome to push the limits for collectors, as long as they make the playing the basic level of the game more accessible for players who just want to play.

Okay, I know I said that I had no interest in alternate art versions of cards. This was true until this year. 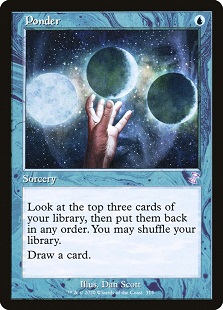 Look, I'm a paper boomer. I started playing during 7th Edition and the old card face, while certainly imperfect (seriously that gold border is ugly), holds a very strong aesthetic value for me. Many Magic players have been playing the game for a very long time and tapping into the old card face as a promotional piece is such an obvious play it's very surprising that Wizards of the Coast didn't do it sooner. My Cube has always just been the oldest version of each card in English non-foil, but I bought replacements for almost every card that was available in old border.

Again, finding the things that collectors want and offering them the option to buy it as a bonus on top of the normal versions of cards is a great thing for the game.

I think one of the reasons why people sometimes get negative or upset with Magic is because it is such a rich and important game. Some of us have been playing Magic for well over half of our lives, and with 30 years of history the game feels like a very important part of many people's lives.

It's important to recognize the good with the bad, so hopefully these last two weeks have done that. We can only hope there's more good than bad to come!