Welcome back, lore seekers! Last week, I tackled the first batch of Legends from Commander Legends. This week I'm back with the rest! As with last week, this follows The Legendary Creatures of Commander Legends, Part 2 and functions as a sort-of meta companion to the excellent bios written there. 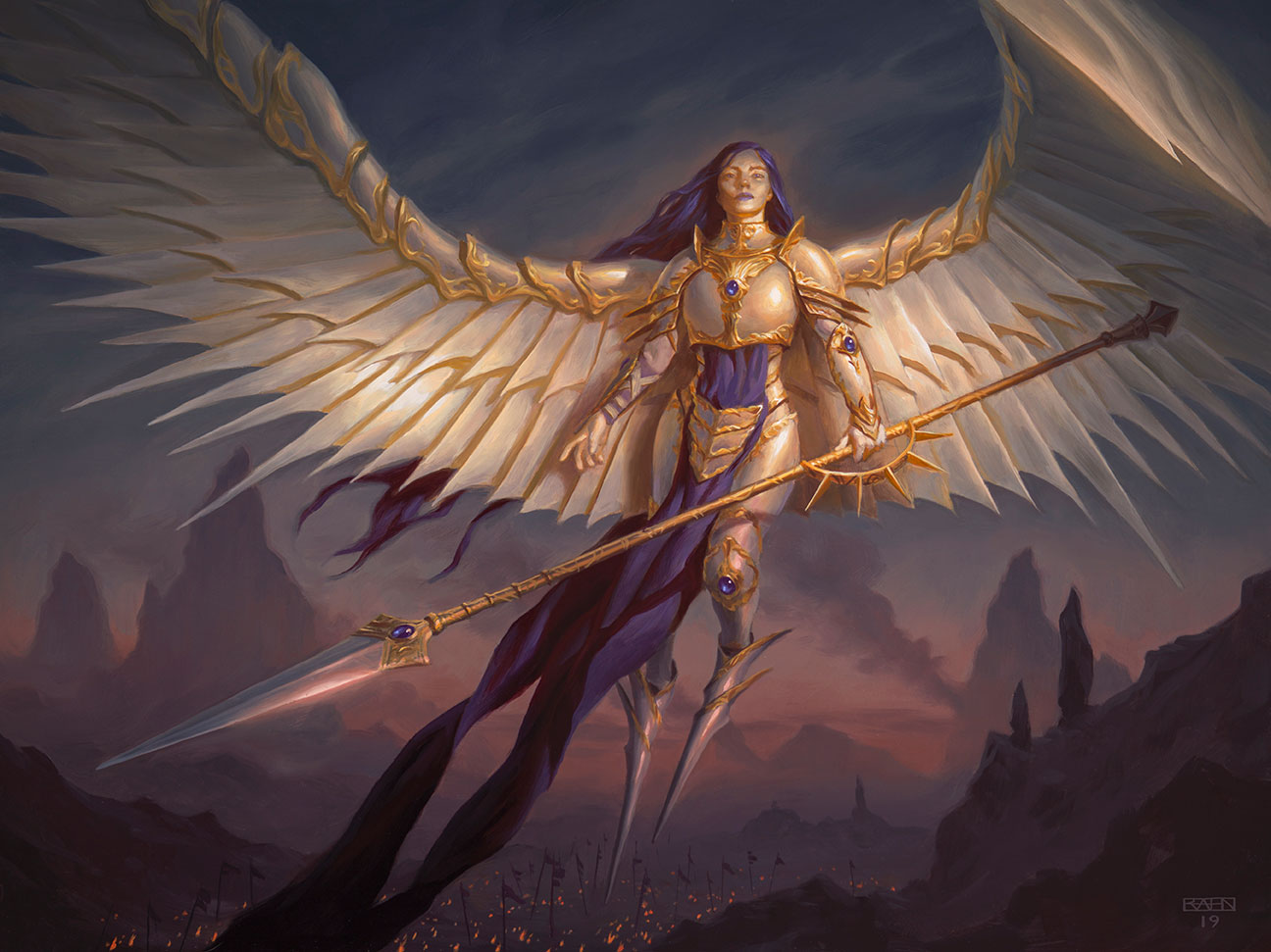 Our third Akroma card after Akroma, Angel of Wrath and Akroma, Angel of Fury, Akroma, Vision of Ixidor forms the trifecta of Odyssey era characters in Commander Legends. This card has a couple cool shout-outs to the lore itself, including the replacement legs she got after Phage the Untouchable (aka Jeska, Thrice Reborn) rotted off her old ones. Her card name references her creation by Ixidor, Reality Sculptor, who created her in the image of his dead love. As his dead love was killed by Phage, she and Jeska don't make the most flavorful pair. 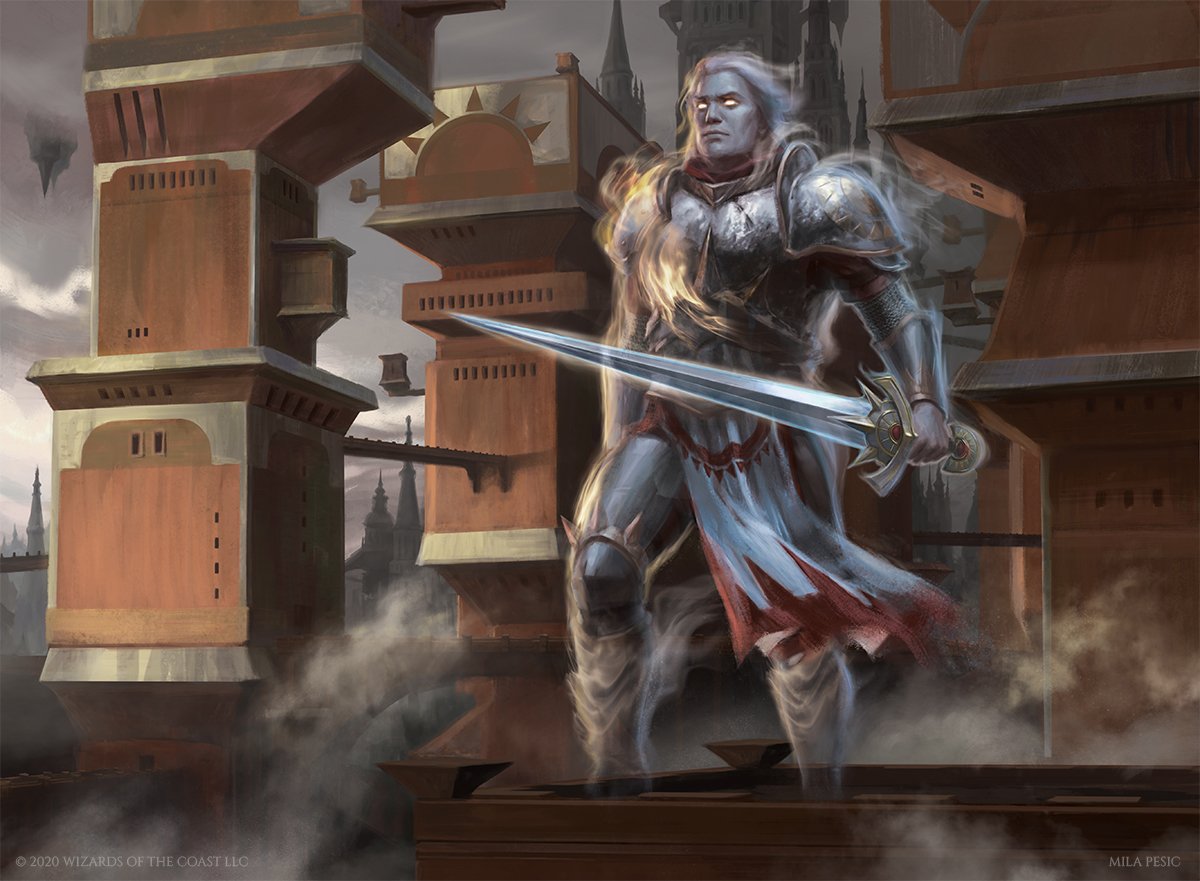 Timeframe: Breaking of the Guildpact

Bell Borca was Agrus Kos, Wojek Veteran's partner in the original Ravnica: City of Guilds novel. His depiction in the novel gave me the impression of a more portly wojek than we see here, but after more than a decade I'm just happy he got a card. He was blown up by Rakdos suicide bomber goblin (yes, really) whose true target was the Selesnyan Loxodon, Saint Bayul. Borca was resurrected as a ghost, thanks to a revenge policy in an Orzhov life insurance contract, where he named Agrus as his avenger. Investigating the bombing alongside Feather, the Redeemed, the trail eventually led them to Savra, Queen of the Golgari's plot to take over the Selesnyan guild, which was in turn prompted by Szadek, Lord of Secrets, which in turn lead to the breaking of the original Guildpact. 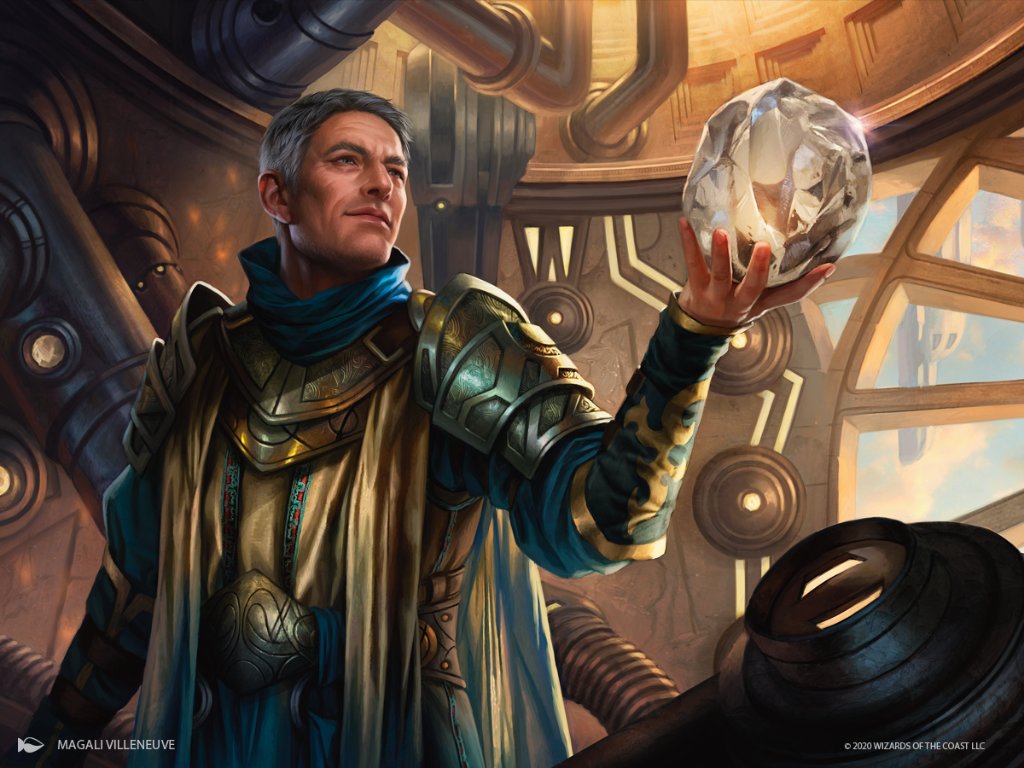 Glacian is one of the most important figures in Magic history. He was the inventor of Powerstones, the magic crystals that served as a power source and cpu for the ancient Thran Empire's artifacts. His wife was Rebbec, Architect of Ascension, who designed the Thran's spectacular cities. The Thran Empire, however, was not the beautiful society they envisioned themselves to be. Their shining capital city lay above an underground society of exiles and political prisoners, one of whom stabbed Glacian with a Powerstone Shard. Glacian became sick, with lesions and dementia-like symptoms, and eventually Yawgmoth, Thran Physician was called in to treat him. It didn't go well, and Yawgmoth eventually took over the Empire and created Phyrexia. Glacian, I should note, had a latent planeswalker spark, which attracted the attention of the planeswalker Dyfed, who herself was manipulated by Yawgmoth into finding and then creating a portal to Phyrexia before he murdered her.

Glacian never got better, and we eventually learned it was because Yawgmoth was experimenting on him. The sadistic physician was growing a broken powerstone in Glacian's body that was siphoning his essence. These broken powerstones would be used by Rebbec to seal the portal to Phyrexia, locking the Phyrexians out of Dominaria just as Yawgmoth's doomsday weapon destroyed her and what remained of the Thran not loyal to Yawgmoth. These powerstones, later known as the Mightstone and Weakstone would be found by Urza, Lord High Artificer and Mishra, Artificer Prodigy, and eventually fused with Urza as he ascended as a planeswalker. Those same powerstones would fuse with Karn, Silver Golem when Urza detonated the Legacy Weapon, and remain with him to this day. 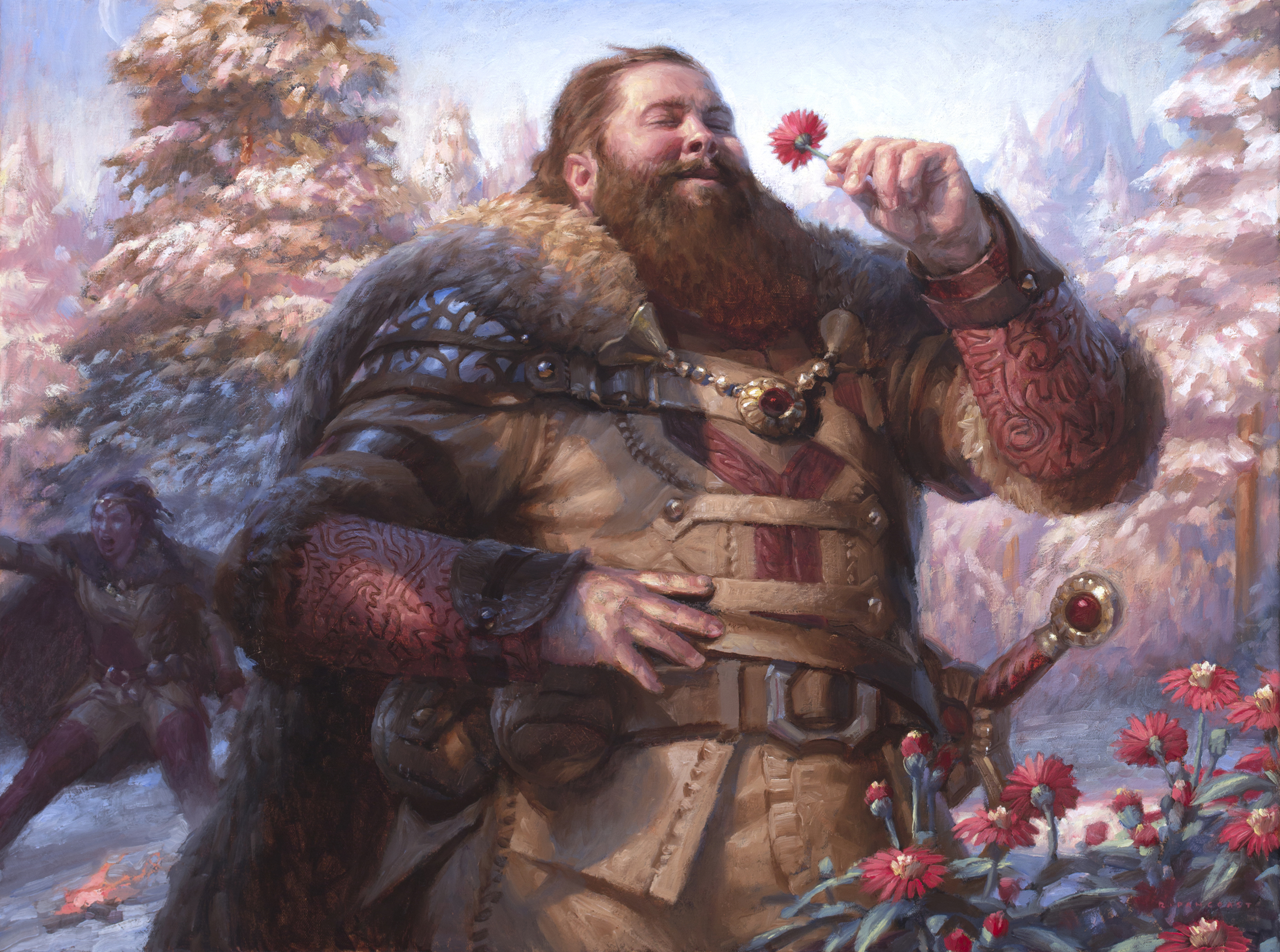 Hans Eriksson is one of the longest running jokes in Magic. One of the characters named in the Lhurgoyf's iconic flavor text, his sister Saffi Eriksdotter got a card in the Time Spiral block. Now, a decade later, Hans himself gets a reference! It should be noted that Hans survives this encounter with the Lhurgoyf (possibly), only to find himself facing the Revenant later.

Jared Carthalion is the most important early Magic character you've probably never heard of. The Carthalions were major players through the generations in many of the early Magic comic books from Acclaim's Armada comic imprint. Jared was (at the time) the last of the lineage, and the star of eight different comics and a video game! Jared was orphaned by the Battlemage Ravidel, a mad planeswalker, who was to become the primary antagonist in the comic line cancelled around the time of Mirage. Jared was the Urza or Jace of his era. He was also a planeswalker, although this card isn't of that version of him. You can read more about Jared (as well as Tevesh Szat) in The Story of Battlemage Ravidel.

Juri, Master of the Revue 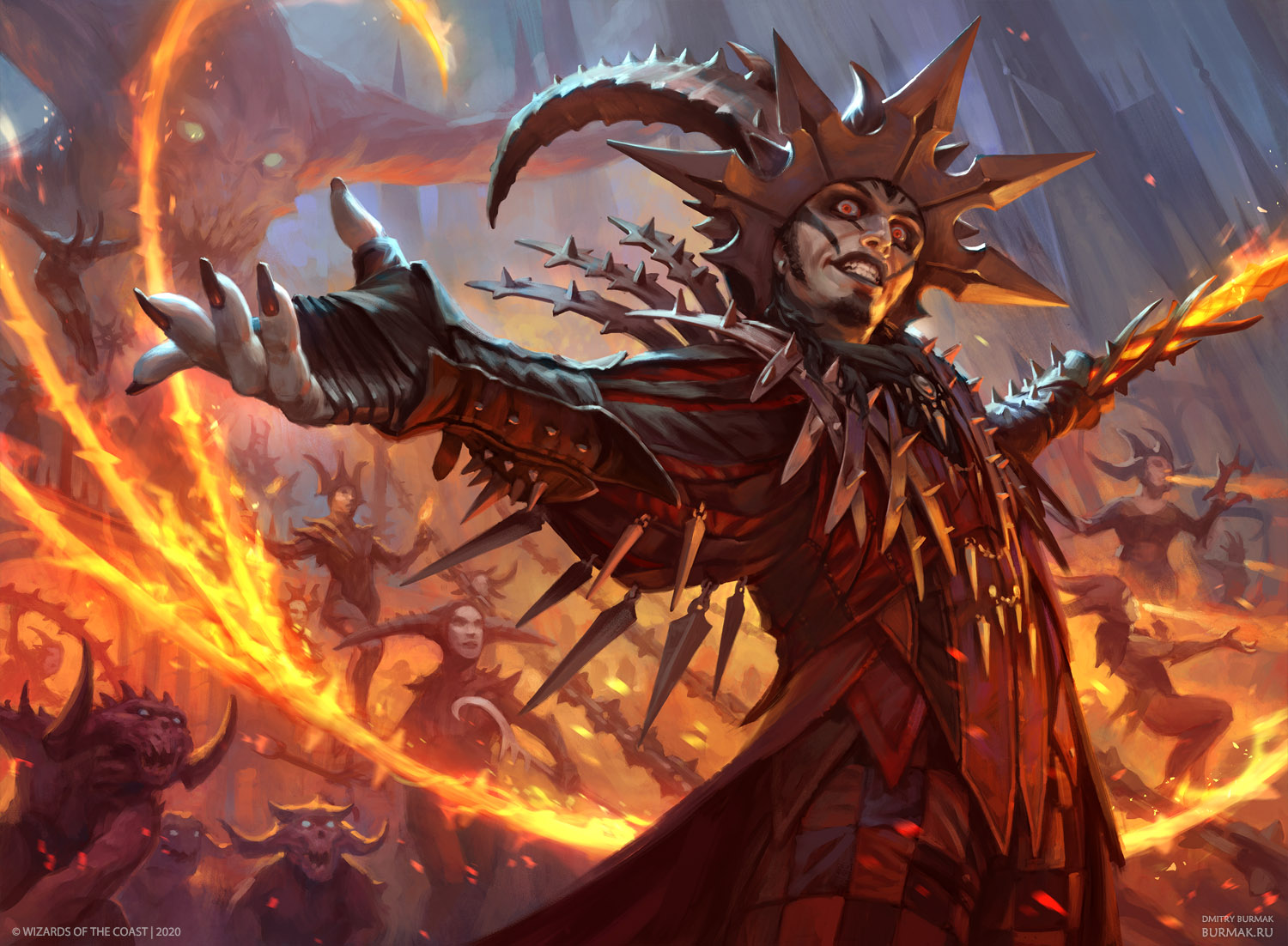 Juri, Master of the Revue by Dmitry Burmak

Juri's and his Revue has been a popular recurring flavor text since Return to Ravnica, appearing in about five pieces of flavor text total, including most recently in War of the Spark, and favorite of Rakdos fans. 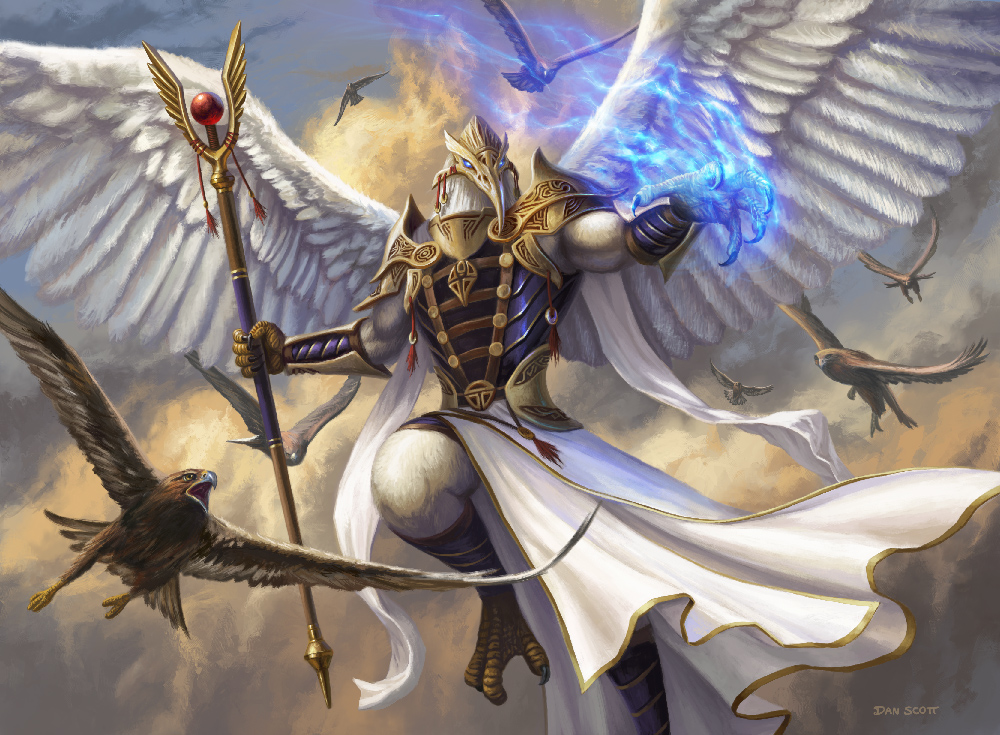 Kangee, the legendary bird wizard from Invasion, gets a new card! When I say legendary, I mean literally a legendary card because we didn't know anything else about Kangee until the latest card's blurb came out. To be honest, I wish this card had been more of a troll, with WotC hinting at a returning Weatherlight Era character and then giving us... Kangee.

Nevinyrral was an Urborg necromancer we knew very little about, and holds the current record for longest time between being named and getting a card. In the real world, Nevinyrral's Disk was named after author Larry Niven (which is Nevinyrral backwards) who was a big influence on Richard Garfield's work. This art for Nevinyrral, Urborg Tyrant is absolutely gorgeous, and I love seeing his disk/phylactery around his neck here!

Sakashima of a Thousand Faces 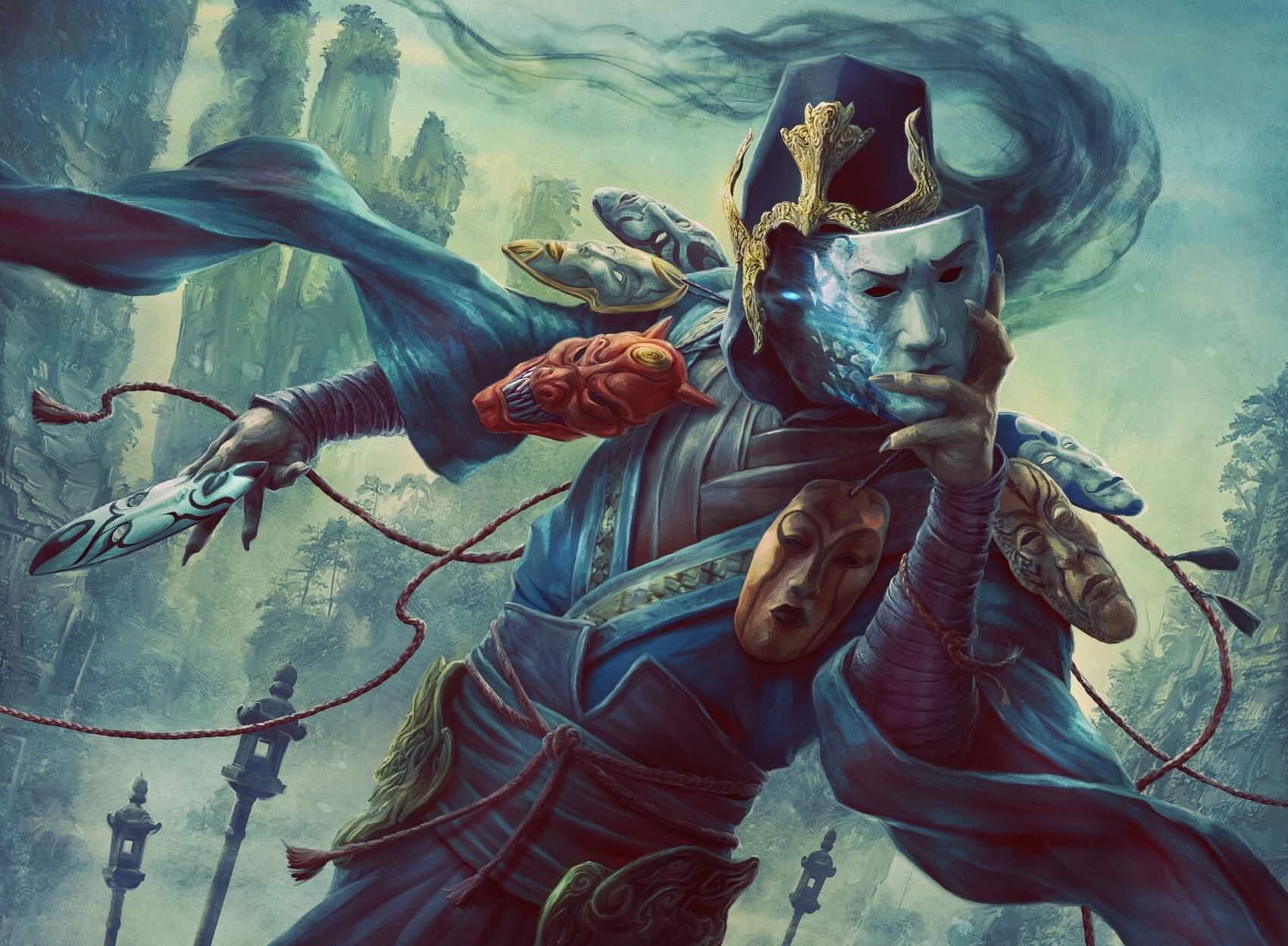 Sakashima of a Thousand Faces by Jason Engle

References: The Face Behind the Mask, Card References

Kenshi Sakashima has his own short story in The Face Behind the Mask. The new card is an interesting mechanical update of his old card, with a Mirror Gallery effect that should allow for a lot of fun copying in whatever deck you slot him into. While he wouldn't have been my first choice for a new card, already having an excellent card, he allows some neat stuff so I'm happy. 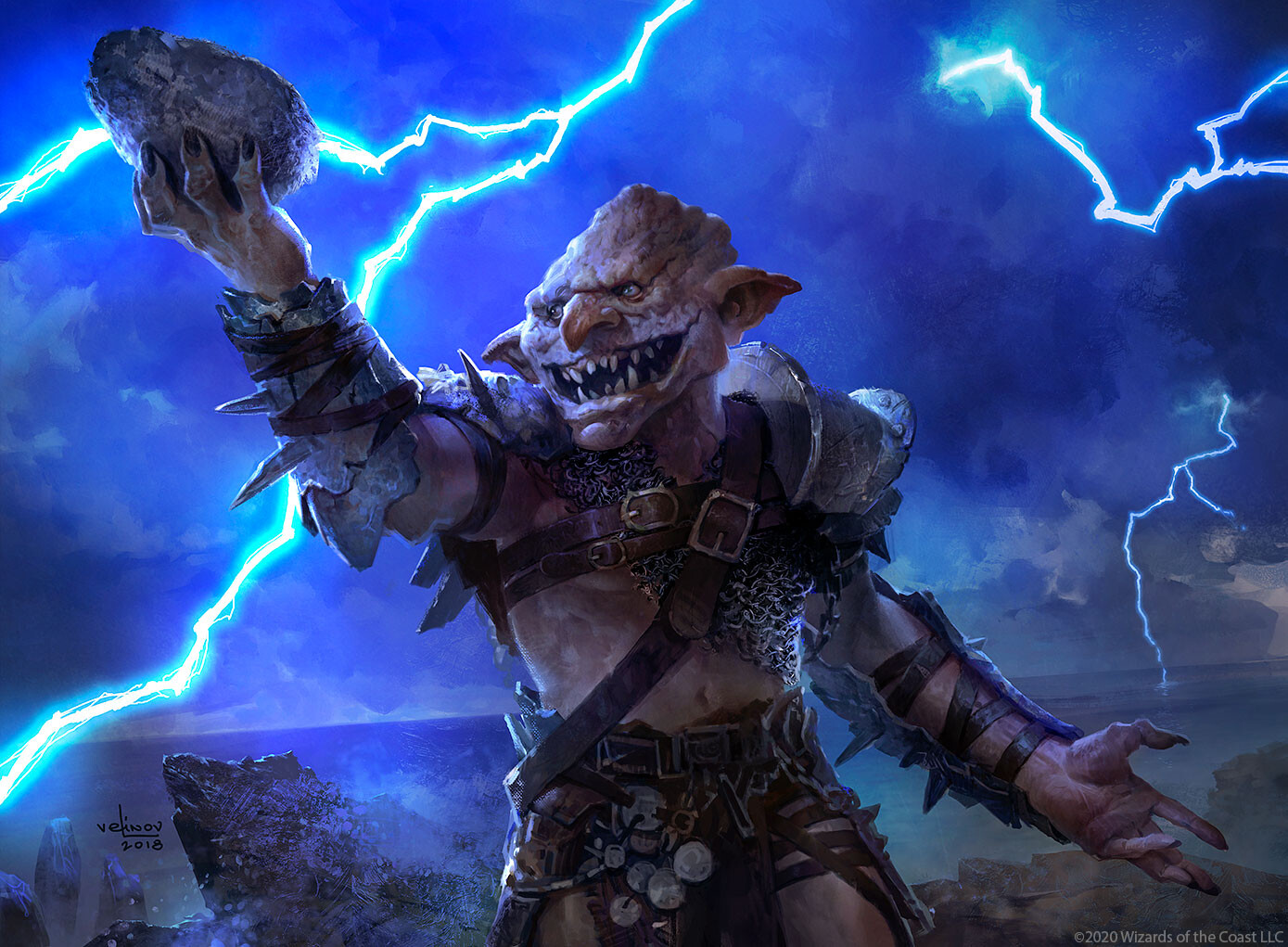 Toggo was another flavor text only character until now, and is one of the greatest goblin weaponsmiths who ever lived (kind of?), as he discovered the practical implementations of rocks in goblin warfare. The art is suitably epic for the tongue-in-cheek aspect of the character, and is by far one of my favorite cards of the set. I especially love the art parallels between Glacian and Toggo.

Up until this card, all we had on Tormod was that he had a crypt. Now we know he was a necromancer, like Nevinyrral and others! It's something, I guess, but I really appreciate the synergy with his crypt for his new card. Making it about removing things from graveyards still is excellent flavor synergy.

That's all for today, folks! Join me next week as I take a deeper look at our two new planeswalkers from Commander Legends, and then the week after that, I'll be talking about which partners are the most flavorful/canonical!