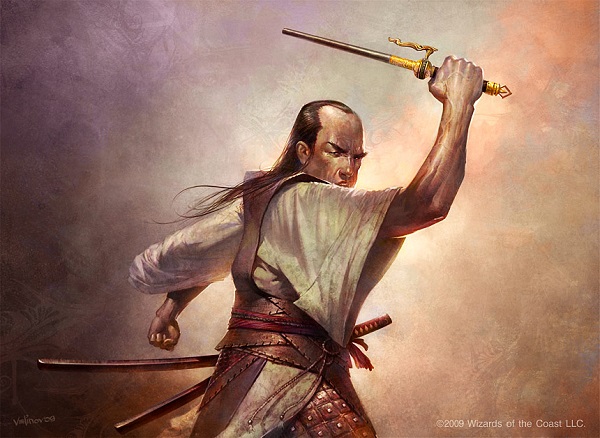 What's in a name? Sometimes, a whole lot, especially if it's a surname belonging to one of Magic lore's most famous families. A name can be power, impetus, a legacyâ.â.â.â It can also be a burden or a curse. It can be a source of shame or pride; a tie that binds to others, or a mantle that isolates. A name can be the key to unlocking mysteries of the pastâ.â.â.â or an enigma that offers only more questions without answersâ.â.â.â

Join me as we traverse the hidden path leading to one of Dominaria's most intriguing new cards!

You might be familiar with Umezawa's Jitte, an Equipment card that's banned in the Modern format but a staple in Legacy and Commander. Real-world "jee-teh" (please never say "jit") are non-bladed weapons originating from Japan's Edo period that were carried by samurai because you can't take swords near the shogun.

But who is Toshiro? In brief, he was a man of notoriety -- a rogue samurai -- from the plane of Kamigawa, who emerged as a hero of sorts after the Kami War. One of the most interesting aspects of this saga is the evidence that activity on one plane can affect other locations in the Multiverse: unbeknownst to Kamigawans, a conflict on the plane of Ulgrotha caused a magical imbalance that contributed to the Kami War. This conflict also weakened the planar boundaries of both Dominaria and Kamigawa when an Ulgrothan Planeswalker activated an Artifact called the Apocalypse Chime.

Buh-bye Homelands, indeed -- but that's another story. Back to keeping up with the Umezawas: after the Kami War, the powerful Myojin of Night's Reach sent Toshiro toâ.â.â.â (wait for it)â.â.â.â That's right: 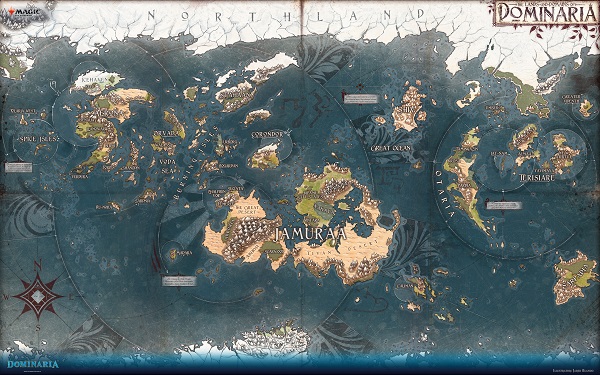 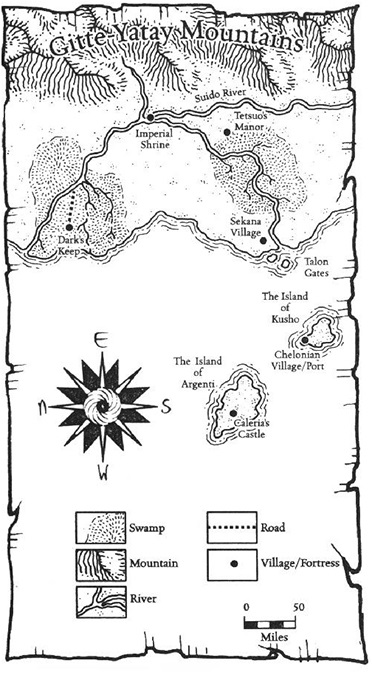 On Dominaria, Toshiro founded the Umezawa Clan in the region known as Madara, off the west coast of Jamuraa. Naturally rich in Grixis-colored mana and home to a family of Nekoru, Madara attracted not only the attention of Toshiro but also that of a little Magic personality we know asâ.â.â.â NICOL BOLAS. Pay attention to that thing called the Talon Gates on the map -- we come back to play there soon.

Years pass. There are new generations of Umezawa. Did their manor and holdings fall into decline? Were the riches lost? My family's were, over a game of mahjong -- but hey, we're not discussing me here. So back to Magic: eventually, a new challenger appeared in the storyline. It was none other than:

Yep. That humble 3CMC Legend defeated Magic's big daddy baddy Lord Bolas by dropping a Meteor Hammer spell like pro wrestler Asuka drops Empress Kicks, destroying the Elder Dragon's anchor point to the plane. Without the Imperial Shrine mana, Bolas couldn't manifest in Dominaria. For some reason. But of course. Obviously. Years later, Teferi & co. would arrive in Madara near the Talon Gates, where Bolas essence had been drifting and waiting. The Elder Dragon manages to reestablish his form (always Venser's fault, always) and then all hell breaks loose with The Mending.

Soâ.â.â.â what's in a name, again? Here, it is the gateway to an entire fascinating chunk of Magic lore you might've missed out on. We find ourselves back on Dominaria now, with a rich tapestry of threads to tie up (or unravel) and a whole blissful sea of Vorthos speculation to backstroke in. Without further ado, it is my great honor to officially introduce you to your new favorite Magic character: 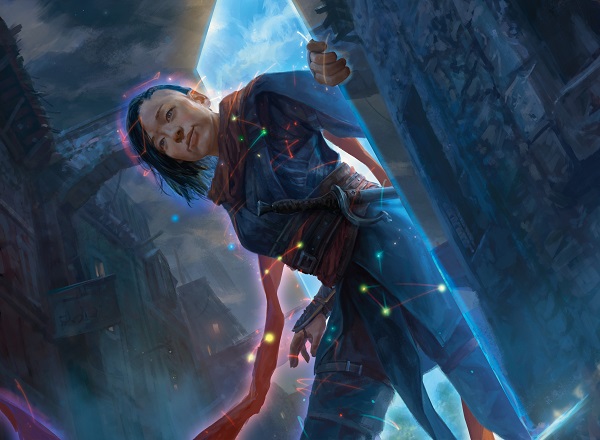 "My ancestor Toshiro said, 'life is a series of choices between bad and worse.' Luckily I've become an expert at making great bad decisions." 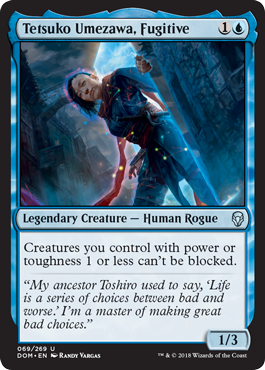 Check out Tetsuko's belt. This rogue is definitely gettin' jitte wit it -- perhaps carrying on a family legacy of plaguing one giant scheming dragon? I hope we get to find out in this set's Magic Story!

It gives me inexpressible satisfaction to tell you that I wrote the flavor text for Tetsuko. I definitely wanted a callback to the Umezawa contributions to Magic and used the flavor from Choice of Damnations as my jumping-off point. Flavor writers don't get full insight into a set -- there's a lot of speculation in our craft. I knew from Tetsuko's Rogue creature type that this 1/3 is likely a rule breaker/maker, not a follower. The notes mentioned that the unblockable ability might point to a trait that would somehow empower normally "weak" or fragile creatures -- this could mean a magical ability, and/or a personality type. So I wanted Tetsuko to sound charismatic and, well, cool. Like someone you'd follow into battle just because their one-liners were on point. 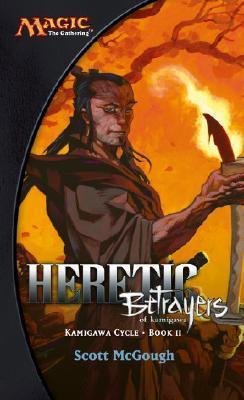 Kelly Digges of the Creative Team (@kellydigges) was kind enough to field some of my questions on Tetsuko, giving us a little more insight into the design process.

MJ: This Legend's name was originally "Rumiko" -- can you explain the meaning behind that name and the significance or process in changing it? At first glance "Tetsuko" appears to be a more obvious tie to Toshiro and Tetsuo Umezawa -- was that the intention?

Kelly: All cards get placeholder names while their art is in progress, and real names later. For Legends, their personal name often stays constant through that process, but Dominaria had so many Legends that that wasn't always the case. This character's placeholder name, Rumiko, was originally picked from a list of relatively common Japanese women's names. We're told it can be written in kanji with a meaning that reflects this modern-day Umezawa's ability to move long distances in secret, so it was pretty tempting to keep it. We also considered Tatsuko, "dragon-child," as a direct nose-thumbing aimed at a certain Elder Dragon who vowed to destroy the Umezawa line. (I don't actually speak Japanese and relied on consultation here, so if anything I'm saying is incorrect, I promise it's my fault for garbling it and not the fault of our awesome Japanese localization team and other Japanese speakers at Wizards who helped me out!)

Ultimately, though, we realized that we wanted a very straightforward link to one of the older Umezawa cards. Although Tetsuko is more similar to Toshiro Umezawa in temperament -- more rogue than warrior -- it makes sense that a modern-day Dominarian Umezawa name would reflect the more recent ancestor.

A fun wrinkle was that Tetsuo's name had never been written in kanji before, so we got to decide which of several meanings to give it in Japanese. The "tetsu" part can be written to mean "iron," or to mean "philosophy" (among other things). For various reasons, we ended up choosing the "philosophy" meaning, which suggests that the original Tetsuo considered himself not an "iron man" as one might assume, but a philosopher! 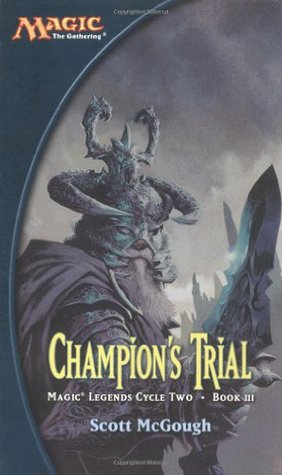 MJ: How early in the design process was it decided that a character of Umezawa lineage would be included in the set? Wondering if that was like a no-brainer, or if it was something that came up along the way.

Kelly: A new Umezawa on Dominaria (and specifically a woman of the line, since we've never met one) was always on our short list of things we wanted. Nicol Bolas is the big bad right now, and the Umezawas have a direct connection to him. Featuring an Umezawa emphasizes Dominaria's immense cultural diversity as well as its history, and besides, the Umezawas are just cool! When an appropriate spot in the card file opened up, we jumped at the chance. There were other things on our short list that didn't make it in -- maybe next time!

MJ: Can you confirm or deny that Tetsuko has a latent Planeswalker spark, is on the lamb from certain draconic forces, has a Nekoru sidekick named Madachu and is the resulting offspring of a scandalous love affair between Planeswalkers or Legends we are already familiar with?

Much thanks to Kelly for the peek into the Magic creative process! Now, I bet our girl is just itching to get into a good deck somewhere. So what kind of fun and awesome adventures can we go on with Tetsuko, the fugitive iron philosopher child?

1/3, Tetsuko's raw rate on cost, size and card advantage appears shy of playability in most Constructed formats. Tetsuko's ability of making your X/1 and 1/X creatures unblockable is powerful for creature decks that want to attack, but 1/X creatures don't hit hard enough for traditional aggressive decks, and X/1 creatures are less commonly printed and see less play due to their fragility. The best Modern token producers like Lingering Souls and Bitterblossom already create evasive creatures, so we should look elsewhere to find Tetsuko's best application. If you want to explore brewing with Tetsuko in Modern, you might pair her with Young Pyromancer and Goblin Rabblemaster, or fellow Legendary, Doran, the Siege Tower. In Standard, try pairing her with cards like Hidden Stockpile or Oketra's Monument.

But the best application for any Legendary has got to be Commander, right? I asked storyteller and Commander aficionado Shivam Bhatt (@ghirapurigears), co-host of the Commanderin' podcast, to design a deck highlighting the newest member of the Umezawa clan.

Here's what Shivam had to say about the deck's design:

The general idea is twofold. Half is themed around the Umezawa clan and Kamigawa in general (This is why Nicol Bolas is in here, for instance), and half around Tetsuko's unblockable text, along with cards that do great things if they hit opponents directly. We've got two cards that cause our opponent's cards to come into play tapped, because they must Bow Before Umezawa! (and 'cause Tetsuo can just kill tapped things).

I'm looking forward to building Umezawa's Descendants -- and also to finding out what part Tetsuko might play in our new Dominaria adventures! Big shoutouts to Kelly, Shivam, and my Chief Executive Minion @hackworth, for their invaluable contributions to this article.

Till next time, may Magic always be your return home.