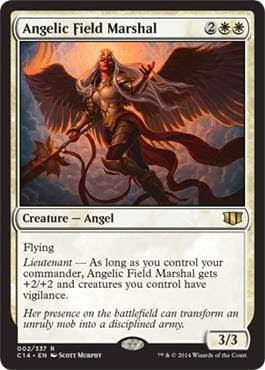 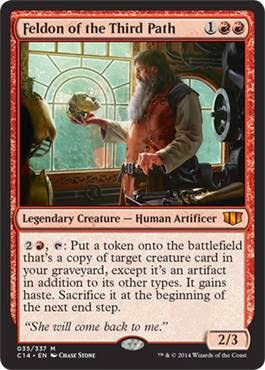 On Angelic Field Marshal we see "lieutenant" is a new ability word mechanic that appears on cards that care about whether your commander is in play or not. Feldon of the Third Way is another "throwback" commander exploring a legendary creature from Magic's earliest days: Feldon's Cane was first printed in Antiquities.

More previews from the upcoming Commander release should appear on Monday, and we'll continue to update all week long.

Update: DailyMTG.com published the previews early, and officially, in the lead designer and lead developer article introducing the team behind the design and development of Commander 2014.

Also of note from this article is that Commander 2014 will contain double sided tokens.