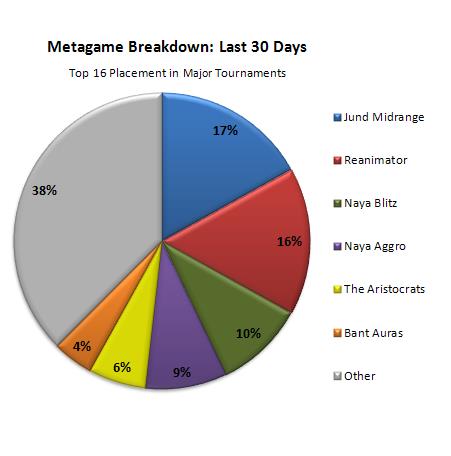 Aggressive Naya decks have become a force in the metagame. Naya Blitz and Naya Aggro have accounted for 19% of the Top 16 decks over the last month.

Here are the Top 16 decks from SCG Open: Saint Louis. 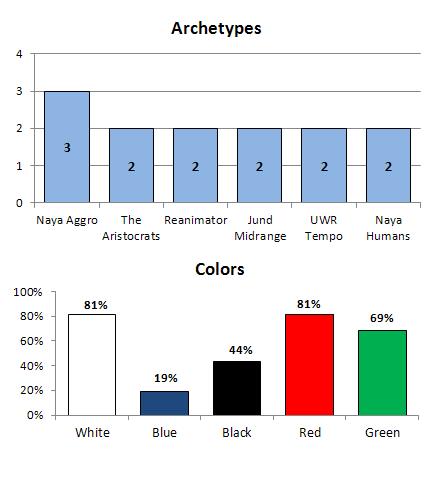 Saint Louis hosted a Naya-filled Top 16, with the other major contenders of this metagame each finishing with a pair.

Hereâs a look at the most-played cards in the Top 16 decks of SCG OPEN: Saint Louis. 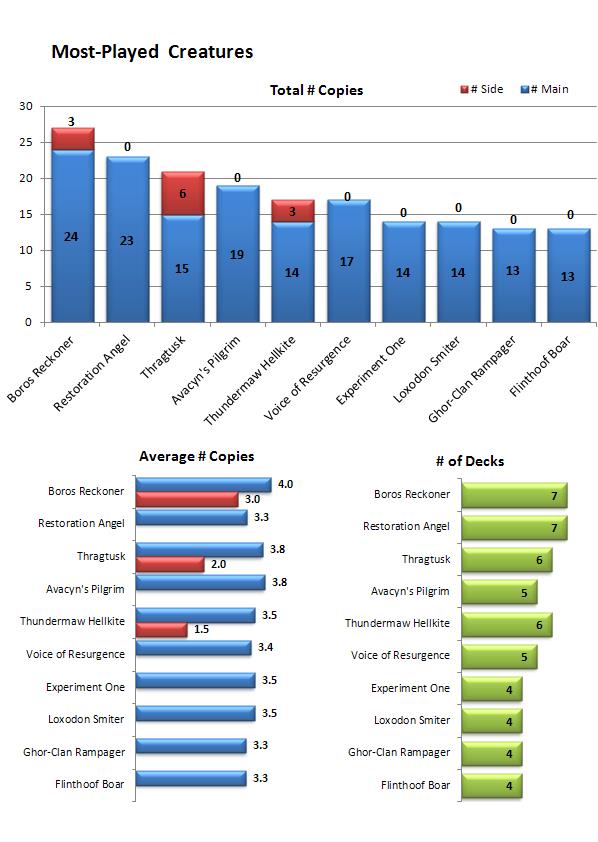 Thundermaw Hellkite has staged a big comeback in the metagame, appearing in six decks across four different archetypes. Here is the breakdown of top creatures by archetype: 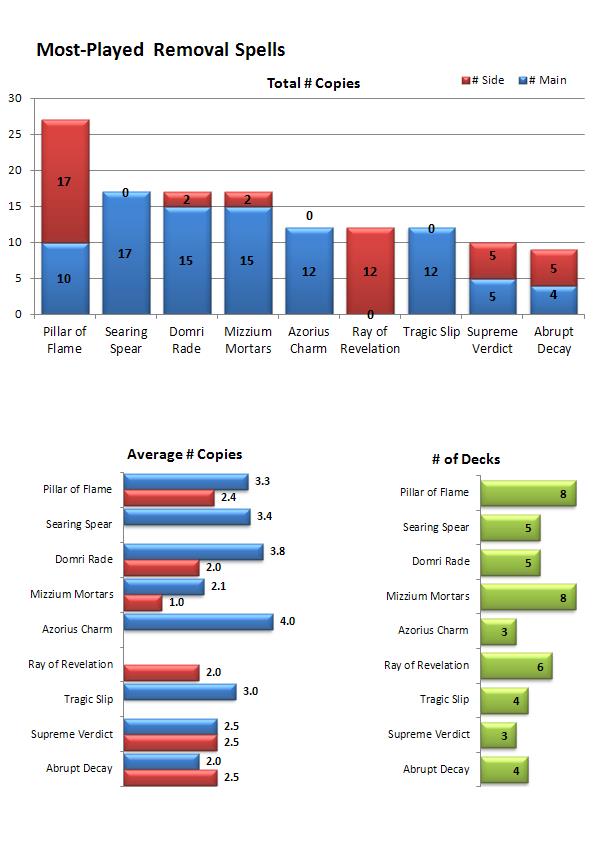 Domri Rade was a popular card this week, providing aggressive creature decks some removal through his second ability. Check out the top removal breakdown by archetype:

In this section, I shine the light on cards that were included in a Top 16 deck last weekend but have seen little to no play in Standard top 16 decks prior to then.

Only one new card this week: a little extra extortion and life-gain in the fourteenth-place The Aristocrats sideboard.

Magic Online also serves as a proving ground for new cards and strategies. Here are some ideas that have found digital success and are worth consideration.

WBR Midrange is becoming a real threat on Magic Online. The deck combines powerful, must-answer threats such as Boros Reckoner, Obzedat, Ghost Council, and Olivia Voldaren with Sorin, Lord of Innistrad, Lingering Souls, and some of the best removal in the format. There have been a number of interesting decks cast in this mold:

Last week, I wrote about WBR Reanimator, and this week, I want to point to the growing online trend of Four-Color Reanimator. The strategy is the same as Jund Reanimator but includes red for Faithless Lootingâalongside Grisly Salvage and Mulchâand Sire of Insanity to help fill the graveyard. Most of these decks also include Boros Reckoner along with both Harvest Pyre and Blasphemous Act. This deck is a prime example.

If Return to Ravnica Block Constructed is any indication, control decks are poised for a strong return after rotation. Esper Control has been getting a head start on MTGO. Obzedat, Ghost Council anchors the deck and is usually joined by Lingering Souls, Jace, Architect of Thought, and Nephalia Drownyard as win conditions. The threat mitigation suite includes all the usual suspects, including Supreme Verdict, Azorius Charm, and Dissipate.

Grixis Control is also beginning to blossom online. Snapcaster Mage and Olivia Voldaren are the staple creatures backed by Jace, Architect of Thought and whatever removal, burn, card-draw, and counters fit your needs.

Thatâs it for this weekâs article on SCG Open: Saint Louis. Join me next week as I continue tracking the metagame and highlighting the cards and decks played in Standard. Thanks for reading!