Magic is a game of numbers: sixty cards, 20 life, draw two cards, take 7 damage, and add three counters. There are even more numbers surrounding the gameâfacts and figures, prices and trivia, they are everywhere. In Affinity for Numbers, I uncover and highlight some of the more interesting numbers in Magic.

Starting in 2017, Magic will no longer have a Modern Pro Tour. There're a bunch of reasons for this, but the bottom line is that the Modern PT is wagging the metagame dog, so to speak. More importantly, it doesn't do enough to sell packs from the new set. We will have another Standard PT instead.

Pro Tours usually mean changes in the Magic Top 25 players rankings, and Pro Tour Shadows over Innistrad is no exception. Seth Manfield is back at number one, passing Owen Turtenwald after a Top 8 finish. Jon Finkel is also on the list, landing at #23 after a Top 8 finish of his own.

Wizards of the Coast announced some pretty big changes to their organized play system during the Pro Tour on Sunday, the most controversial of which was 90% reduction in appearance fees for Magic's Platinum Pros. Two days later, and after a flood of criticism from pros and fans alike, they reversed that decisionâfor now.

What was the top Standard deck of the Pro Tour? Based on the decks with six or more wins in Standard, it was Bant Company, not a huge surprise. Mono-White Humans was next with 12%. Here is the full breakdown. 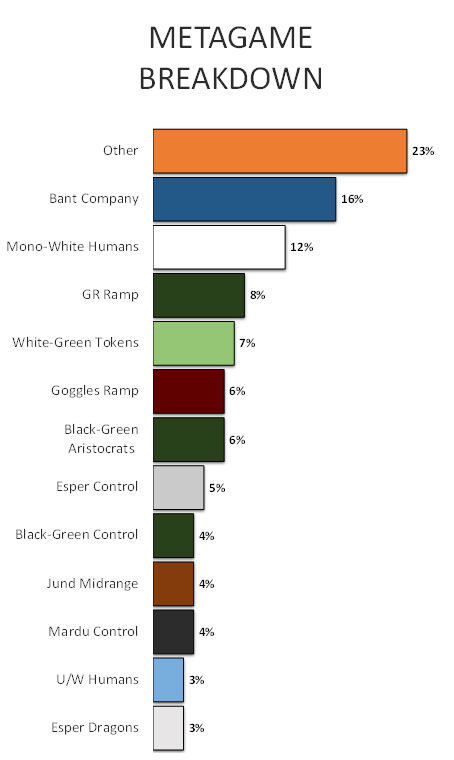 Luis Scott-Vargas made the Top 8 with the Channel Fireball B/G Aristocrats deck, which features thirty creatures, Cryptolith Rite, and Westvale Abbey. Expect to see this around going forward.

The most played card in the Pro Tour decks with six or more wins was Declaration in Stone in just under half the decks. The top creature was Tireless Tracker in 43% of decks.

Green and white were top colors of the Pro Tour based on the same six-win-or-better decks, and by a wide margin. 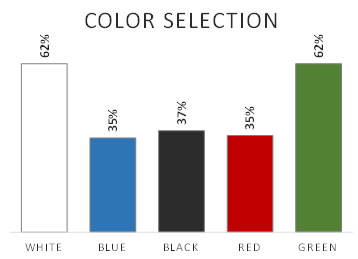 44% of the top decks played two colors, and another 44% played three colors. Four-color decks are a thing of the past, and one color is primarily reserved for Humans. 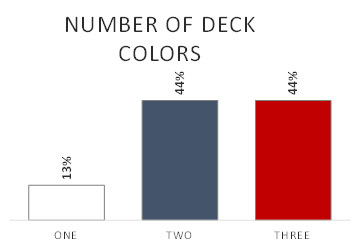 Pro Tour Shadows over Innistrad was the hundredth Pro Tour event. The Pro Tour started in 1996 with Pro Tour New York. There have been up to seven Pro Tours a year. The World Championships were considered a Pro Tour event through 2011.

Wizards of the Coast also announced the nerfing of the hall-of-famer appearance fee for Pro Tours. Hall-of-fame players are currently given $1,500 for each Pro Tour and World Magic Cup event at which they appear. Starting with the 2016â2017 season, this will only be given at the Pro Tour that features the Hall of Fame induction ceremony.

There is competition in the quickly growing gaming and eSports market to attract the best and most entertaining players. Hasbro, owner of Wizards of the Coast and Magic, made specific mention of this market in their latest earnings call. Wizards just aggravated many of their best players and the fans of those players. Hearthstone, on the other hand, a major competitor to Magic and one built for streaming and YouTube, is a relative newcomer and yet had the eighth-highest total prize pool in 2015 with nearly $2.4 million paid to five hundred forty-seven players in two hundred thirty-seven tournaments. Who would you say is doing it right?